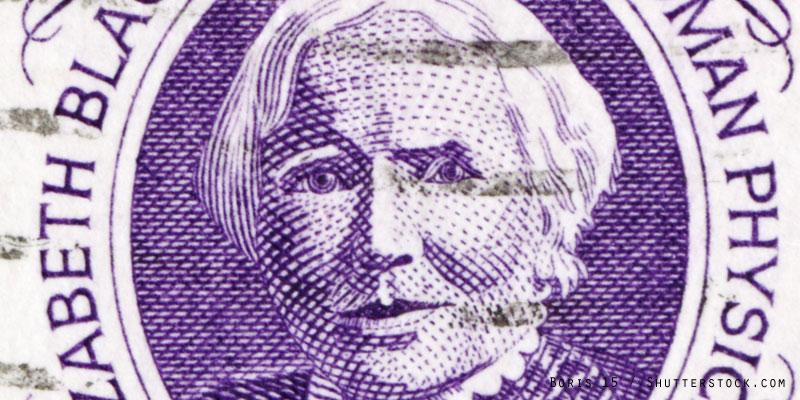 Dr. Heather Furnas is a plastic surgeon, based in Santa Rosa, California, working in a practice she co-founded with her husband. She obtained undergraduate and graduate degrees from Stanford University before completing her medical degree at UCLA [University of California, Los Angeles] School of Medicine, returning to Stanford for a six-year plastic surgery residency, and then in 1990 was appointed to the plastic surgery faculty at Harvard Medical School in Boston. Heather takes her technical skills abroad to serve the needs of children with birth defects in Peru, Honduras, Western Samoa, the Philippines, and El Salvador. 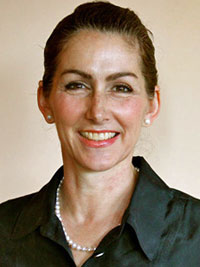 “…One of my first patients when I was in practice, a lawyer in his seventies, was shocked when he found out his surgeon was a woman, that I would be wielding the knife. At first I was offended, but then, seeing he might be genuinely afraid, I explained that I had trained the same as a man… He stuck with me. All it took was some education…” 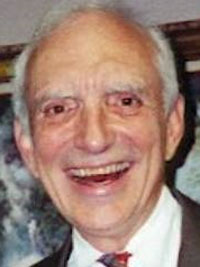 When I was in high school, my plastic surgeon father served as a Flying Doctor of East Africa. For the first time I got to see him in action operating in bush hospitals in the remote areas of Kenya. He cared for patients with congenital deformities, burns, hyena bites, and tumours. That’s when I knew wanted to be a plastic surgeon.

During my plastic surgical training at Stanford, I met my husband, who became my partner in practice. We started out in Boston, where we were on the clinical faculty at Harvard, after which we decided to return to California to open up a private practice. We started out doing mainly reconstructive surgery, and now we’re aesthetic plastic surgeons. Both types of surgery are deeply rewarding.

Aesthetic surgery is often misunderstood as dealing with vanity and superficial concerns. The difference between aesthetic and reconstructive surgery isn’t black and white, but instead is shades of grey.

Many of the aesthetic procedures I do, such as tummy tucks, breast reductions, and eyelid lifts, improve physical symptoms as well as appearance. Patients, such as those with breast asymmetry, with one side being an A cup and the other a C cup, gain such confidence after a breast augmentation because they can finally wear a bathing suit! My aesthetic patients tell me how much surgery has transformed their lives, much as my reconstructive surgery patients did.

Choosing to specialise in plastic surgery

As a medical student, even though I loved plastic surgery, I very much wanted to have a family, and I wasn’t sure I could do both. I knew it would take many, many years of long, long hours. I didn’t know of a single female plastic surgeon who was both happily married and a mother, so I tried to fall in love with ophthalmology, anaesthesiology, and dermatology, but I knew I’d ultimately regret not doing what I most wanted to do.

So, I took a deep breath, applied to surgical programmes, and hoped it would all turn out. And it did. I’m happily married, and my husband and I have raised two children.

My decision to become a plastic surgeon was unusual for a woman back in the 1980s, when fewer than 5% of all plastic surgeons were women. It helped me to think of the trailblazers who opened the doors that I was able to walk through. One of the greatest is Elizabeth Blackwell, who was the first woman to receive a medical degree in the United States.

She was born in England in 1821, just four years after Jane Austen died. I thought about the restricted lives of the women in Austen’s novels and their dependence on men, and that fleshed out how brave and steely Blackwell must have been to break into the man’s world of medicine.

Of course, the apple doesn’t fall far from the tree, and Blackwell’s father provided a good example for her by fighting slavery, advocating for church reform, and espousing feminist ideals. Perhaps that rebellious spirit drew him to move to the States when Elizabeth was eleven. Not only did Elizabeth grow up to become a doctor, her younger sister, Emily, did too.

The other influence on Elizabeth was financial. Her father died when she was a teenager, leaving the family impoverished. She realised that there were few career options for women, outside of teaching, so that’s what she did.

While she was teaching, Blackwell boarded with two physicians, who taught her and lent her their medical books. This gave her the background she needed to apply to medical school. Her applications were refused by all schools but one. Geneva College in New York sent her a letter of acceptance as a practical joke, but much to their surprise, she enrolled.

Although her instructors excluded her from labs and isolated her from the others during lectures, her hard work and determination finally won some of them over. Despite the disadvantages she’d been dealt, she graduated first in her class.

Despite her medical degree, hospitals and clinics in New York City excluded her, so with some help from the Quakers, she opened up her own clinic for poor women, then a hospital for women and children, and finally a medical school in Philadelphia.

Nearly all my surgical mentors were men, but not everyone was supportive of women in surgery. Thinking of Elizabeth 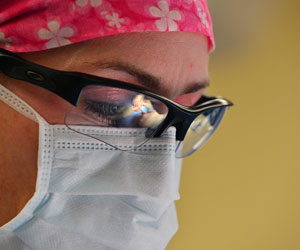 Blackwell, I reminded myself of the importance of inner strength and a belief in oneself, even though I didn’t always feel it.

Although Elizabeth Blackwell grew up in a society that stripped women of rights and opportunity, she was raised by a father who contradicted those norms. I imagine the power she gained from that influence gave her the strength to believe in herself when few others did.

“The best revenge is massive success.”

Although the Geneva College medical school admitted her as a practical joke, Elizabeth saw it as an opportunity. As Frank Sinatra put it, “The best revenge is massive success.” It takes moxy to start out being forbidden to participate in laboratory instruction, yet to graduate first in the class. She forced the rules to bend and began to change the culture.

Social media facilitates communication among people isolated by geography and opportunity. As individuals support each other through sharing content, categorising with hashtags, an inaudible whisper can become a roar.

The hashtag #ILookLikeASurgeon, started by Dr. Heather Logghe, is an example of a group of female surgeons tired of dealing with people who assumed women couldn’t be surgeons, who began to post pictures of themselves to show the world at large that surgeons are women as well as men. This movement has now received international media attention.

One of my first patients when I was in practice, a lawyer in his seventies, was shocked when he found out his surgeon was a woman, that I would be wielding the knife. At first I was offended, but then, seeing he might be genuinely afraid, I explained that I had trained the same as a man, but that he could change surgeons if he’d feel more comfortable. He stuck with me. All it took was some education.

In the first world we don’t see teenagers and adults with unrepaired cleft lips and palates. We don’t see fingers scarred to the back of the hand after a burn. In developing countries, however, not everyone has access to care. The look on a mother’s face as she sees her cleft-lip baby with a beautiful, unified upper lip is gratifying.

The surgery I’ve been able to do has made a difference in those families’ lives, but they in turn have made a difference in mine. After those trips, I have always left with a reinvigoration of why I became a plastic surgeon and how lucky I am to have had the mentors I’ve had to teach me my surgical skills.

Advice for girls and women interested in surgical careers

Surgery is a demanding career. Do it if you can’t imagine doing anything else. But, if you have the passion, the tolerance for the hard work and the long hours, you will be rewarded by transforming lives.

There are still many challenges to overcome, such as improving work life balance and making childbearing easier for women surgeons. But as I think back on Elizabeth Blackwell, I am heartened that change will come so that the field is truly welcoming to any woman who wants to become a plastic surgeon, have children and maintain a happy marriage.