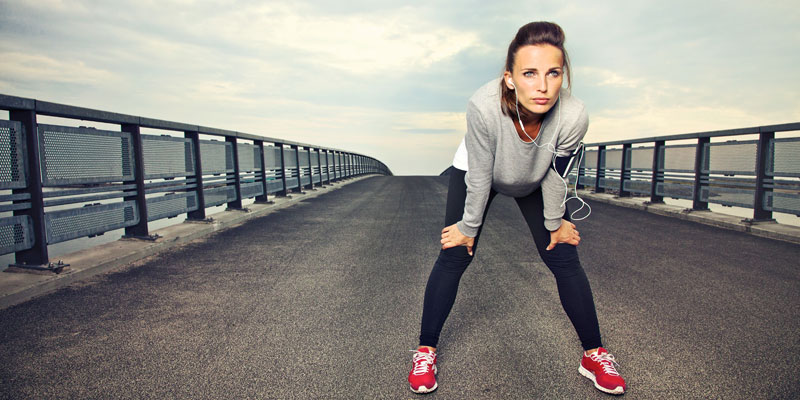 Wai Foong Ng is the founder and editor of ‘Suit & Pie’, a biweekly newsletter published every other Thursday, which collates news, articles and videos about professional women with the aim of addressing some of the gender equality issues in the workplace. When she isn’t blogging or running marathons, Foong is a Senior Tax Manager at a global accountancy firm. 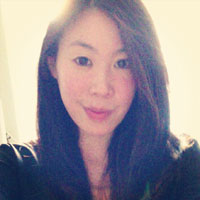 “…Luckily, I actually love my job (yes, I love tax) so on the majority of days I am actually pretty excited about going to work, giving some tax advice and hanging out with my team…”

Having just run the Stockholm marathon at the weekend, it occurred to me that there are some analogies between life and running a marathon (apart from the obvious slow and painful end – depressing thought) which may be worth sharing.

1. You have to keep going – even through the difficult bits

There are a number of points during a marathon (usually around 25k) when you really REALLY want to give up. Your legs are seizing up, all you can feel is pain, and it’s hailing. My usual thought process at this point is “why the hell did I think running a marathon was a good idea?”, then “I wonder if I could fall over and ‘accidentally’ break my leg so that I have a valid excuse to not finish” (and variations thereon sometimes involving reaching into my own body and pulling out an organ).

But then, I reach 26km and then 27km and by the time I hit 32km I’m thinking another 10km isn’t too bad. And from then on it’s a single digit countdown.

Now I haven’t ever needed to pull out any organs in my day to day life, but there are definitely times when I really have felt like giving up. Like everything is too much and I have to go and cry in a toilet cubicle somewhere. But the great thing is that although that one moment can feel like the end of the world, life doesn’t stop. It keeps going regardless of how you are feeling. So even though there may be some tough bits, you know you’ll make it through – in some crazy way, that’s pretty reassuring.

It is very (almost too) easy to psych yourself out before a marathon. Muscles you never knew existed start twinging. That cold you had 3 weeks ago has suddenly come back. You’re in the starting pen and you think “There is no possible way I will be able to run this – everyone else here is leaner, faster.”

And if you start believing that little voice in your head, you will almost certainly run slower and hurt more. 50% of running a marathon is about having the right mental attitude (OK, I made that stat up – but it must be close if not higher).

It’s the same in everyday life. Luckily, I actually love my job (yes, I love tax) so on the majority of days I am actually pretty excited about going to work, giving some tax advice and hanging out with my team. But imagine if I told myself I hated my job, or decided that I really didn’t want to give out tax advice anymore, life would be so much more of a misery and struggle.

Now I am not saying you have to be that annoying person who is always super positive (having some flashbacks to the kid in the Frosties ad) but sometimes having your rose-tinted spectacles at the ready can help make life that little bit easier.

3. Sometimes you turn a corner and there’s a massive hill in front of you

This actually happened to me at kilometre 9 of the Stockholm marathon and then again at kilometre 34. OK, I knew that some kind of hill was coming because I had seen the course map, but it was still a shock to see the hill (or what looked more like a mountain at the time) in real life!

Unfortunately, in the words of Yazz & the Plastic Population, the only way is up (unless you start running backwards – which may be counterproductive in reality). So you grit your teeth and you tackle that bad boy. You may have to walk for a bit, but you still make it up because sometimes you just need to get over it and you know that after every uphill there is a great downhill (which there was – thank God).

Yes, life can sometimes throw you oranges (or a hill), but you can still make some awesome orange juice (mine would be Tropicana with bits).

4. It’s easy to have your blinkers on, but you end up missing the race

For the longest time I have been trying to break the 4 hour marathon barrier. I would wake up at 6am on Sundays to do 25k runs. I would ignore the persistent pain in my left foot while I did interval training. In the months leading up to the race and every time I ran, my only thought would be “Pleaseee let me run 3:59:59”.

This was my thought as I lined up for the Frankfurt marathon in October last year. A perfect flat course for a personal best. I ran as well as I could and at the end of the run I felt emotional and exhausted (and my legs wouldn’t bend) – but I don’t actually remember a single sight on route. I was so fixated on making sure I was on pace, staring at my watch, trying not to stop at water stations that I forgot to enjoy the race itself. And I missed sub-4 hours by 1minute.

I don’t regret all the training I did, but I realised that I should have enjoyed the race a little bit more. We can get so caught up in ‘getting that next promotion’, ‘getting that bonus’, ‘meeting that deadline’ that we forget to actually be in the moment. Sometimes being so focussed on one goal means that you miss out on other opportunities.

True enough, I ran Stockholm marathon this year without a watch (in a much slower time) but there was no better feeling than walking in the sun, munching on a banana at kilometre 29 admiring the Stockholm skyline. Enjoying the journey indeed…

5. Experience the lows to appreciate the highs

In the hours immediately following the marathon and the next day, your leg muscles start to seize up. Things you usually take for granted like sitting down and getting up, going down stairs and even just walking are a source of pain. The odd thing though is that by pushing your body to its limits, it makes you really appreciate what your body does on a daily basis – like sitting down and getting up and going downstairs without pain!

It’s the same with late nights in the office to meet deadlines. After a week of really late nights, those days when you can go home at 5.30pm feel even sweeter.

Yes, I’ve often imagined an amazing life without any struggle, a home chef to cook me my meals, a chauffeur to drive me to the shops, a private jet to fly me to warm places. But would I really appreciate what I had if I hadn’t had to work hard to get there? Probably not (not to say I wouldn’t be on that jet)!

In some ways a marathon is a little bit like life; it throws you curveballs and tests your limits but you never regret taking part

Maybe I’ll learn even more during my next marathon – although surely I’ll be able to learn those same life lessons doing a half… or a 10k…? 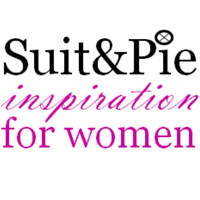