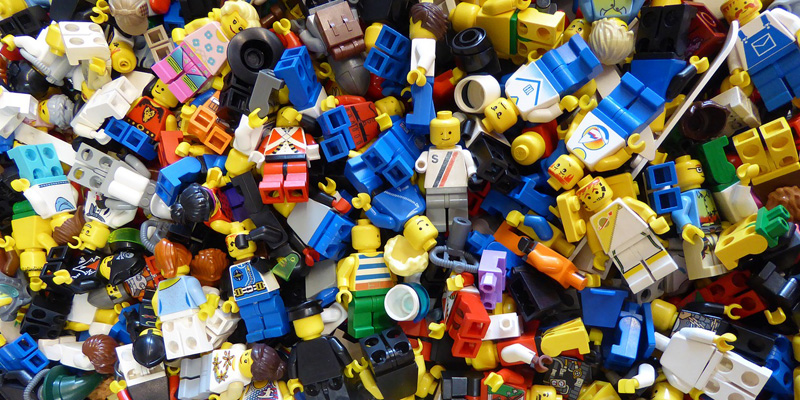 Daley Robinson is managing director at inbound and account-based marketing agency Inflowing. Daley is a passionate advocate for gender balance in the tech space, having spent eleven years working as a tech marketer. 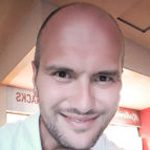 “…my wife and I try to be conscious parents: we understand gender stereotyping would seem to have no real benefit, with rather more downsides…”

I love Lego. Not as much as my wife though. She bloody loves LEGO. More on that later.

We have two kids: our son Arlo is four and our daughter Eva is two. Like most parents, when you’re trying to find something productive and playful for birthdays, you get them on Mega Bloks initially. Once that wears thin, you move them through to DUPLO. We wanted this to be the route in, the gateway if you will, to ‘big LEGO’.

Our son didn’t take the bait. Despite a couple of DUPLO sets, he never seemed to get into it at all. He just wasn’t interested. In spite of this, he’s just started to get into ‘big LEGO’. He loves it. He loves taking it apart, mashing it up, being playful and creative – everything the intelligent people at LEGO Education would want to happen with their product in the hands of anyone – of any age.

The natural next step on from toys is extension into video games. LEGO has been quick to grow its brand into the digital space. Why market a toy when you can make a toy and a game?

Our son and daughter couldn’t be more different. Arlo is thoughtful and considered: a patient child. Before he became fully conversant, it wasn’t always clear what he was thinking. Eva on the other hand is a whirlwind: she doesn’t think too much before getting stuck in. You know immediately what she wants and so do all of our neighbours: her will is strong.

The differences come through profoundly in many areas, and toys and videogames are no exception. By proxy of being the second she has the benefactor of new toys, then the hand-me-downs from her older brother. It’s interesting to note that the vast majority of things he was never bothered about, except DUPLO, she’s all over like a rash. It’s become a standing joke between my wife and I.

We’ve come to acknowledge that if they both like a toy, then it’s probably pretty awesome, as it transcends a couple of people who seem to approach life in a different way.

LEGO is part of a very small list that currently stands at one. It seems to be the thing they can both agree on that’s awesome.

This has wound Arlo up. He thinks Eva shouldn’t play with LEGO or its videogames as “they’re not for girls”. When your child, your own flesh and blood, says something crazy like that, you immediately reflect. “Where has this come from? How does my view compare to this? What did I say to make him feel this way?”

It’s not an easy pill to swallow. Especially as my wife and I try to be conscious parents: we understand gender stereotyping would seem to have no real benefit, with rather more downsides and yet despite this, you have a four-year-old who knows very little about the world who seems to have this figured out (in his head at least).

Where could this come from? There are lots of potential places that might make you feel slightly better about the fact you’re not the worst parent in the world, but obviously this needs sorting and sharpish.

How might you address this situation? I can talk about how we are addressing it. Note the deliberate use of present tense!

For us it begins with trying to get to the root of the thing. So, rather than start roaring and disciplining straight off the bat, you’ve got to figure out what’s going on. As humans, we’re always just figuring it out. You only know what you know and a four-year-old knows very little.

“What makes you say that? Why do you think that?” These types of questions are great ways to start to unpick where they’re coming from. Ultimately, you’re trying to get at the original thought or belief. That’s important because any offshoots or thoughts related to the original thread can be reconfigured too, rather than trying to deal with specific points in isolation,

Make it about feelings

Most kids have a pretty good way of thinking about how their behaviour and actions make someone else feel. “How do you think Eva feels about that? How would you feel if you weren’t allowed to play with X, Y or Z because you’re a boy?” Again, these questions work well in my experience.

Empathy starts to develop between 18 months and 24 months, so by four they’re well on the way of understanding how their behaviour impacts other people. This is something that works in a whole host of different areas of parenting with varying degrees of success!

Obviously if this has no impact whatsoever and they don’t have any appreciation of this, better get yourself to the doctors.

For us, it’s a long game. We know it’s going to come up in a number of different ways over the years in many different ways. We have committed to making sure that each time it comes up – we hit back. In whatever form that takes. That will be in equal measure to both of them and indeed anyone else who happens to be under our roof whenever they say something that doesn’t build in the inclusive values of our household.

If Eva says crazy sh*t, she will be dealt with in the same way. As will I when I say crazy sh*t. It’s how we work when it comes to other household values like safety.

I mentioned at the top of the article, my wife loves LEGO more than I do. Interestingly, when we went through this, I had LEGO as a kid (a police station). I never had the patience for it at that point. She always wanted LEGO, yet never had any. I guess that yearning has never gone away and now she’s scratching her itch. Every time I get LEGO minifigures from the supermarket, it’s costing me £9! One for Arlo, one for Eva and one for 35-year-old Antonia.

It’s comforting to know inclusion in our house reaches more broadly than just gender! LEGO for all!