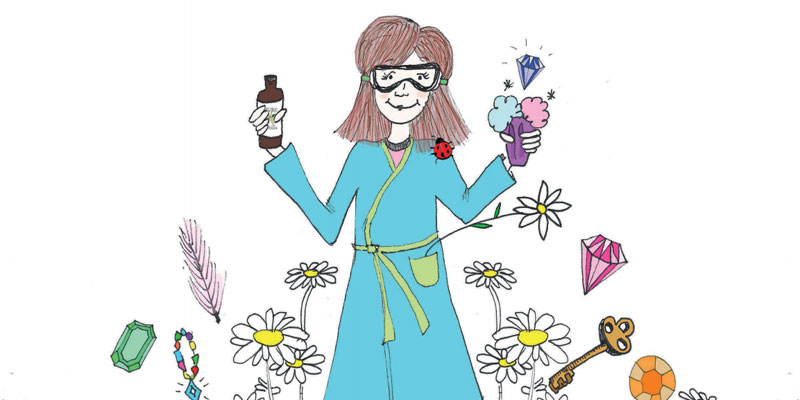 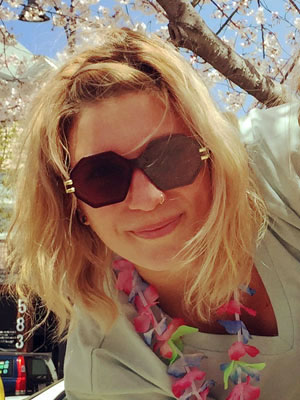 “The response has been overwhelming. We expected consumers and bookstores to be excited by the book and mission, but have been humbled by the interest from institutions (hospitals, schools, small businesses) that want to purchase copies… Even more wonderful is the incredible response from men who have told us that they look forward to reading these stories to their sons, brothers, and / or nephews to expose them to strong female role models early in life…”

Lara, we read about Lil’ She & Lil’ Me online and we instantly loved the idea. How did you, Katherine, Vatsala, Ariana and Anna come up with the concept? 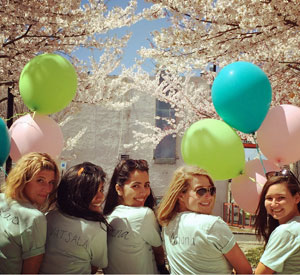 I think we all agree that a part of Lil’ She & Lil’ Me has been inside of each of us for quite some time. Luckily Harvard Business School (HBS) asks all students to come up with an idea to execute during the spring semester of our first year and provides three months of funding to get the business off the ground.

In November, many experiences and conversations I had during my time at Barnard College were top of mind and I recognised how spoiled I was by the constant dialogue around women’s issues. I also, for the first time, realised that the information available (from Sheryl Sandberg, Anne-Marie Slaughter, Debora Spar, etc.) was geared towards teenagers and young professionals. I knew there was something that could be done to reach girls at a younger age, something that could be done to introduce them to the incredible women in my life and beyond!

At HBS we have “sections” – a group of approximately 90 students that we see daily during our first year. After suggesting the seed idea to section, many were excited about the concept, but I immediately knew the women I wanted to work with. Anna, Ariana, Katherine, and Vatsala are four of the strongest and most passionate women I have ever met. As a team, we have a variety of personal thoughts on female empowerment.

Anna immediately thought about her role models growing up and realised they were limited to powerful men in the media or female family members. She wants to create a different world for young girls today.

Ariana volunteered as a mentor to underprivileged teenagers in Central Los Angeles while she was a student at the University of Southern California. She continues to find mentorship opportunities and hopes Lil’ She & Lil’ Me will change the dialogue in children’s entertainment.

As a woman in the male-dominated field of finance, Katherine has been interested in mentoring those following a similar path. She has seen the value in having female mentors and in being a mentor, but wishes she had had the exposure to those amazing role models at a younger age.

Vatsala is our resident elementary school teacher who recognises the importance of having role models early on. She has witnessed children soaking in the world around them, especially through books and media. The women in children’s media are almost always fictional, and a fair number portray women in very traditional roles. Because young girls replicate what they see, hear, and read about, she wants to change what is being presented. Lil’ She & Lil’ Me is her great opportunity to start bringing real, successful women to the minds of young girls.

What are the challenges and the opportunities of working as a large group of co-founders?

We love it! As individuals, we are honest about our strengths and weaknesses. This openness contributes to the strength of our team. Plus, the time we have spent together over the past few months has been really fun! Recently we spent an entire Saturday wandering around Boston setting up impromptu story time in parks across Boston – we laughed a lot, took tons of photos and had a really successful day sharing Lil’ She & Lil’ Me with the local community!

We also recognise we are uniquely positioned to start a company like Lil’ She & Lil’ Me; we are lucky enough to have dynamic female mentors in our lives individually and collectively have the ability to introduce younger girls to these strong role models.

Please would you tell us more about the books themselves, how you have you gone about developing the range and getting them distributed? 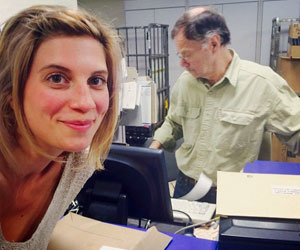 Sure thing! First, we spent a lot of time thinking about our female protagonists (we even started the hashtag #futureprotagonist so our supporters can use social media to share inspiring women with us that we should consider for future books).

We choose women based on three segments: 1) Industry diversity, 2) Coverage of character traits, and 3) Personal connection. We hope to expose young girls to female role models from a number of industries because we feel storybooks and other forms of media do not do enough of that today.

Our focus on key character traits critical to childhood development comes from the research cited by Paul Tough in his book How Children Succeed. We have chosen to highlight character traits that are key to children’s success in our books. These include curiosity, optimism, zest, self-control, social intelligence, gratitude, and grit.

Each woman we partner with chooses the trait with which she most identifies and we, as the writers, weave that characteristic into the details of the story. Vatsala has taught young children how to read and therefore knows the importance of a relatable storyline, clear sentence structure, apt word choice, and gorgeous pictures. 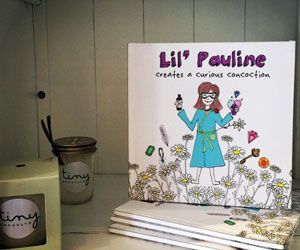 We released our first book, “Lil’ Pauline Creates a Curious Concoction,” in mid April (available for purchase on www.lilshelilme.com, Amazon, who will ship internationally, and also in a few stores across the US). The story follows a day in the young life of Pauline Brown, a fashion industry executive.

Lil’ Pauline’s curiosity shines as she spends the afternoon with her two grandmothers. From Grandma Matilde she learns the importance of ingenuity and creativity, while from her Granny Hedy she gains an appreciation for precision and refinement, all through her own inquisitiveness, imagination, and wonder. Her curiosity enables her to apply these lessons as she develops her very own perfume.

We attribute a lot of the excitement around the design of our book to the illustrator, Charlotte Fassler. She used to illustrate for the fashion blog, Man Repeller, but we’re convinced that she’s destined to work in children’s books.

Our second protagonist, Debora Spar, is the President of Barnard College (my alma mater). We are always excited to find other protagonists from fields like sports, arts, tech, science, etc.!

When the semester ends in mid-May, we will continue printing books and delivering on the Lil’ She & Lil’ Me promise.

How has social media helped? 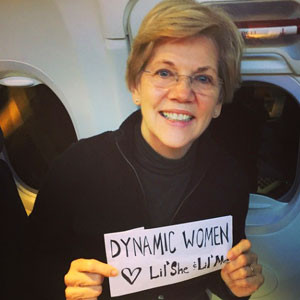 We are actively using Instagram, Twitter, and Facebook to build our following! Just last week, Anna used her Stanford connections to reach WNBA [Women’s National Basketball Association] Stars Chiney and Nnemkadi Ogwumike in support of Lil’ She & Lil’ Me.

Social media has been a great way to bring in famous faces to support the brand and mission. I was on a flight to Los Angeles with Anna, Ariana, and Vatsala last month and, by chance, Senator Elizabeth Warren was sitting a few rows ahead in a window seat. I don’t believe in coincidences so I walked up and pitched the project. I felt so bad for the man in the aisle seat because I kept leaning over him to reach Senator Warren.

She loved the idea and mission and now we have a photo of her holding an airplane vomit bag that reads, “Dynamic Women <3 Lil’ She & Lil’ Me.” We hope to continue adding followers through our celebrity social media campaign.

The response has been overwhelming. We expected consumers and bookstores to be excited by the book and mission, but have been humbled by the interest from institutions (hospitals, schools, small businesses) that want to purchase copies for their libraries and as gifts for employees.

Even more wonderful is the incredible response from men who have told us that they look forward to reading these stories to their sons, brothers, and /or nephews to expose them to strong female role models early in life. During our storytelling day around Boston, we were able to see first-hand how much kids really love the book – especially little boys!

With the growth of digital, do you see opportunities to grow the brand through new technology too? 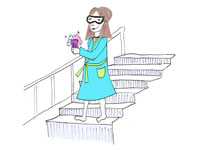 Absolutely! Right now we are trying to get the word out and introduce as many young girls as possible to Lil’ Pauline, but we have high hopes to grow the brand digitally in the future.

Lil’ Deb, of course! We like to think of Lil’ She & Lil’ Me as a movement (it is more than just a business or book series or brand). Our desire to give young girls a glimpse into the story of strong, female role models means we don’t have the option to fail, the option to give up. We want to continue telling real stories about dynamic women to young girls.