Anne Morrison is the director of the BBC Academy and deputy chairman of BAFTA. She will become chairman of BAFTA later in 2014, only the second woman to do so in its 67 year history. Anne directed and produced a range of documentaries and features programmes for the BBC before becoming controller of documentaries and contemporary factual programming. She launched the BBC Academy in 2009, and is responsible for training and development across the BBC. 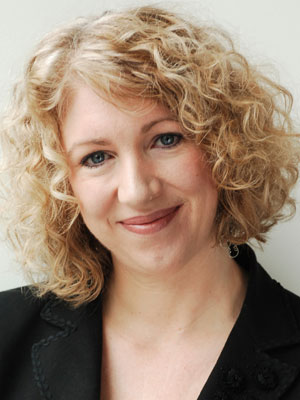 “…A big part of what we do is helping the best talent to shine. Part of this is by giving opportunities to the most talented people, regardless of their background…”

When I first joined the BBC as a production trainee way back in the 80s, being a woman in broadcasting was a very different proposition to today.

This was a time when a senior producer once told me that a woman shouldn’t front a particular programme because she “wouldn’t have enough authority”. That senior producer, who by the way ran a large team of people, was a woman.  It was when being the only woman in a large meeting was the norm, and when it was acceptable to ask a in a job interview, as happened to me, whether I really thought a woman was capable of doing this job!

Thankfully the world of broadcasting – and society in general – has come a long way since then. Things have definitely changed for the better, especially at the BBC, which is now probably the best place in our industry in this respect.

But that doesn’t mean we can rest on our laurels and relax. On air and off air there is still work to be done to ensure that women are as well represented as men.

Luckily I am in a job where I can do something to help: as director of the BBC Academy, the BBC’s centre for training and development. We work both within the BBC and the wider industry, giving people the skills and knowledge they need to ensure that they remain employable in a changing industry. 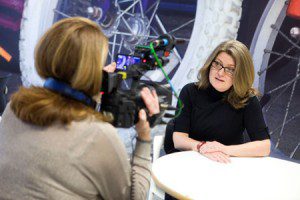 Women in front of and behind the camera

A big part of what we do is helping the best talent to shine. Part of this is by giving opportunities to the most talented people, regardless of their background. You can see this in our variety of trainee schemes for new entrants across production, journalism and technology – many of which don’t ask for academic credentials but instead focus on an applicant’s potential.

The other organisation with which I am deeply involved is BAFTA, where I am deputy chairman and due to become chairman this July. Although it’s best known for its award ceremonies, behind the red carpet and gold masks lies a charity with very similar aims to the BBC Academy. It aims to ensure that through its mentoring, scholarships, career events and masterclasses it enables talented individuals who may not otherwise enter or succeed in our industries to reach their full potential.

Both organisations are committed to achieving a full range of creative voices. That’s not just because it’s the right thing to do. A more diverse workforce leads to a better variety of programmes that more accurately represent the audience who are watching them.

For example, in the Academy some of our initiatives directly tackle the continued under-representation of women in broadcasting.

The proportion of women in engineering continues to be a problem across the industry, so we ran a series of events to both support women in the broadcast and technology sectors and encourage younger women to consider this area as a possible career option. 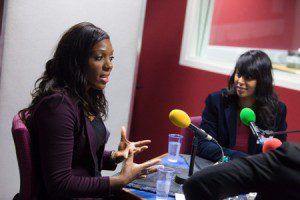 The BBC Expert Women initiative received plenty of press coverage for its determination to increase the number of female experts appearing on air across UK television and radio. Thousands of top-notch experts applied, and a select few took part in events across the UK where they got a confidence boosting insight into the world of broadcasting and the chance to talk with programme makers and commissioners. It got real results: at the last count, of the 164 women who took part 66 have subsequently made 244 appearances across TV and radio.

And we recently held the first of three Women in Radio events for women who would like to be local radio presenters, which we hope will lead to more female voices on BBC Local Radio in future.

Of course this is a just a portion of what the Academy does. As the central training hub of the BBC, we can divert resources where they are needed most at a particular time: from helping ensure we stay on air while moving huge amounts of people to new buildings like New Broadcasting House, to wide-ranging programmes on hot topics like social media.

Many of us at the Academy, including myself, have come from programme making backgrounds, rather than the more traditional HR route. This was key to the way I wanted the newly-created Academy to work when I became director in 2009, and this is what helps us ensure the training we deliver is relevant and at the heart of the business. The Academy itself has become a useful template – many organisations have got in touch to find out how they could do something similar.

As a woman in broadcasting, who worked her way up from researcher to director to executive producer before being drawn to the different kind of creativity to be found in management and leadership based roles, I’m pleased that we can play our part in helping more women enter the industry – to our mutual benefit.