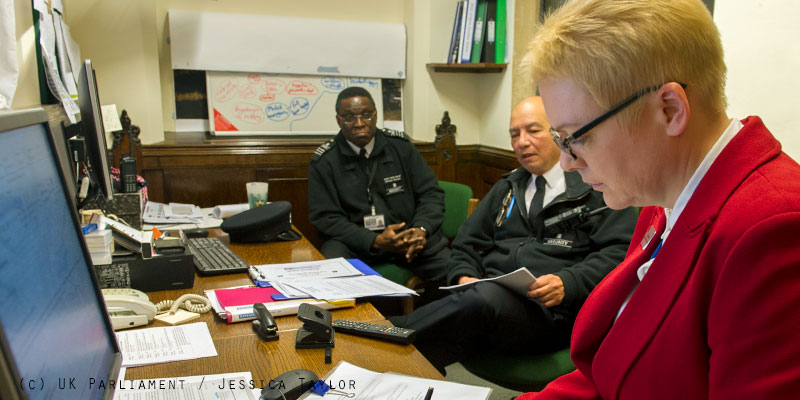 Fay Tennet is Deputy Head of Security Operations in the Parliamentary Security Department at the Houses of Parliament, joining in 2015 after having worked for Northamptonshire Police for 15 years. Before this she served as a special constable for two years. 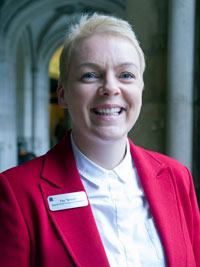 “…It is vital in any organisation to have good diversity – not just about protective characteristics but diversity of thinking and experience – as this makes organisations much stronger, inclusive and good places to work. It is particularly important in Parliament as we welcome visitors from all over the world who have diverse needs…”

From the police to Parliament: To protect and serve 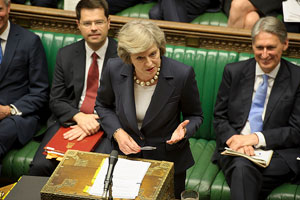 Policing is challenging, physically and mentally and calls on all your reserves and resilience. I also like the fact that every day is different and you just don’t know what’s going to happen next. I did so many things in the police from crime investigation, public order, firearms command, running the emergency control room, crime prevention, internal investigation – so much and it all gave me such a lot of transferrable skills to come to Parliament.

The role at Parliament helps me continue to use those policing skills and build on them. I spend a lot of time working with the police here and so I am able to understand how best the police and Parliament can work together to get what is require for Parliament to be safe but open and accessible for the public and democratic business.

No day is the same, which I love. Each day is full of visitors – either attending for business such as Select Committees or other Parliamentary meetings, and each week there is Prime Minister’s Questions, which we need to manage really closely as there are so many high-profile people on the parliamentary estate. 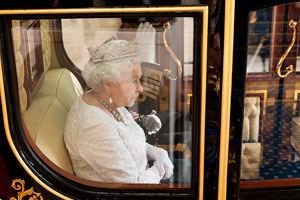 We get frequent visits from dignitaries such as the Royal family, foreign Ambassadors, and Heads of State. Tourists and members of the public come to visit and can watch Parliamentary business whenever they wish. When the House isn’t in session and we are open to the tourists then we can welcome nearly 4,000 people every day. Evenings get busy with banqueting and we are also a wedding venue – it’s non-stop and very varied. Security is obviously here 24/7 365 so there is never any time off for the team here.

Changes in society to allow everyone to do the work they want to do, regardless of gender

In some ways working in the police and security sectors is changing, but my experience has shown me that the expectation is still very much that these roles are done by men, especially when I was doing the public order and firearms roles. Statistics show us that women are still in the minority and this becomes more so as women try to get promoted. 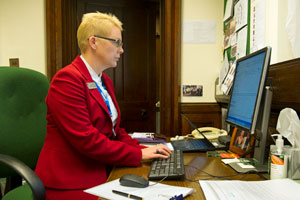 As society becomes more flexible and accessible for workers then it should be easier for everyone to do the work they want to do, no matter what their gender or their commitments. This is not yet readily accepted, which is shame because a more diverse workforce is proven to be a more successful one.

Of course, all roles are open to women but many women don’t find that the reality, they still face what I call ‘covert’ sexism and get overlooked and are victims of bias by male colleagues and organisations where policies are not diversity friendly. The only way to change this is to take action to get more diversity into the higher ranks / grades in organisations.

Initiatives to improve gender balance in the security industry

The security industry is quite different because in a lot of places this is a commercial venture that has less accountability than public bodies. As the Parliamentary Security team are in-house we are still within the public sector and there is a lot of support here at the House of Commons to increase our diversity. I am the co-chair of our gender network and I am seeking to get involved with Women in Defence, which celebrates the achievements of women who work to defend national security.

It is vital in any organisation to have good diversity – not just about protective characteristics but diversity of thinking and experience – as this makes organisations much stronger, inclusive and good places to work. It is particularly important in Parliament as we welcome visitors from all over the world who have diverse needs. Of course, very specifically, we have to have a gender balance for our searching staff so it’s operationally important for us here.

Diversity initiatives in the House of Commons

The House of Commons Diversity and Inclusion Team aims to provide a positive, inclusive working environment where people are valued for the skills and experience they bring to work, whilst being representative of the society they serve. 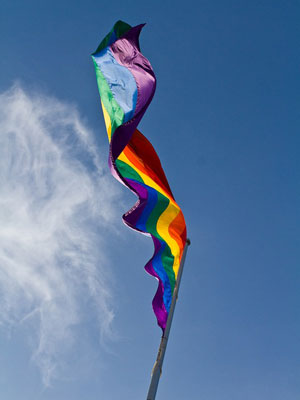 There has always been inclusive approach to the way things are done here. A number of recent initiatives have been implemented, including launching our most recent Workplace Equality Network – ParliON – which focuses on social mobility. This year the House of Commons and Digital Service gave particular focus to Stonewall’s Workplace Equality Index and rose 88 places to rank 28th in the 2017 Top 100 Employers’ list!

A number of factors contributed towards this huge achievement, including increased engagement with the wider public during Pride 2016 when the rainbow flag was flown above Parliament, an increased focus on intersectional identity by the Workplace Equality Network ParliOUT and greater awareness raising of LGBT role models as a result of the Parliamentary Role Models campaign.

My advice to women and girls who are interested in working in the security is – please do it! We need you and it is a very rewarding job. I met a woman recently who works within security at Chelsea Football club, and I know lots of women that work within airport security. As the security of the world becomes more and more important, the opportunities to make an exciting and rewarding career from this work becomes very achievable for everyone. It’s certainly an area of work that every individual involved can make a real difference.

Coming up next for me and my work 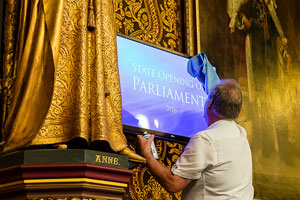 We have the usual annual events such as the State Opening of Parliament and the democratic business, but a lot of late nights are expected as Brexit becomes top of the agenda. I am sure at some we will also be welcoming President Trump – and that 2017 will be as busy, interesting and challenging as 2016 was.