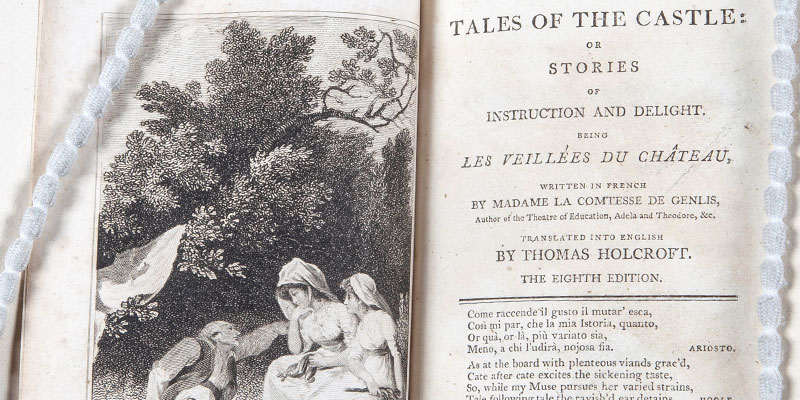 Dr. Gillian Dow is Executive Director of the Chawton House Library, alongside her role as a senior lecturer in English at the University of Southampton. She was appointed as Chawton Research Fellow in 2005 and made a lecturer in January 2009. The Chawton House Library main collection focuses on works written by women in English during the period 1600 to 1830, with writers whose work is held in the collection including Mary Shelley, Frances Sheridan, Charlotte Smith and Mary Wollstonecraft, and many more both well-known and lesser-known writers, as well as a significant number of anonymous works.

“…as the 19th century progressed, the people who were being remembered were men. Women who had very important parts to play in scientific research and that kind of thing got kind of brushed out of the picture, sometimes intentionally, but largely unintentionally…”

Growing up with my head in a book

I’ve always been interested in literature. My mum tells a story of walking home from nursery (I can’t remember!) but my mum tells me I said that I wanted to be a librarian when I grew up, so I think I’ve always loved reading. I suspect it came from being very, very short-sighted and disguising it very well – I always had my head in a book because I could see that. I couldn’t really see the television.

I’d always had an active imagination and I loved literature and then studied English at school, as everyone did. I went on to do A-Levels in English, French and History and then I went to university to read English and French, and then I ended up doing graduate work in comparative literature, so it’s been a straightforward path in some ways with some diversions – I took a year out and worked as a translator in Paris, but really it’s always been very much books related, and very much woman’s writing too.

Chawton House Library is a unique place – we’re in the Elizabethan manor house that belonged to Jane Austen’s third brother. Edward was born an Austen of course, like all the family were, but he was made the heir of a childless couple who were relations of his mother’s, called Knight. He took on the name Knight himself in 1812.

I’m currently in Edward Knight’s house – it’s a beautiful Elizabethan manor house with lots of Jacobean features. It’s been open as a research library, focusing on women’s writing – 1600 to 1830 – since 2003. So it’s a relative newcomer on the research library scene. The collection we have was put together largely in the 1980s and the 1990s.

An extraordinary American entrepreneur called Sandra Lerner (Sandy). Sandy Lerner is still the chair of our Board of Trustees, and the original collection was her books, but she donated it to Chawton House Library and the charity opened its doors to its first researchers in 2003.

Sandy is extraordinary. Her money came from Cisco Systems, which she set up with her then husband, Len Bosack. She then went on to found another company, Urban Decay [make up], so she’s a committed feminist and a fantastic entrepreneur herself, and a huge fan of Jane Austen. When she heard that Chawton House was for sale, she thought: “This would be a wonderful place to put my collection of books!”

A home for anything that a woman might have written

It’s a very diverse collection really. I suppose the criteria for inclusion in the collection is, at its most basic, did a woman write it? Its easy to assume that women were perhaps restricted to certain kinds of literature, but when we look at the works that are here, that’s not entirely true. So we have a lot of fiction, yes, but we also have travel writing, poetry, we’ve got plays, we’ve got science – anything that a woman might have written we’ve got here.

The woman writer I’ve worked most extensively on myself is Stéphanie Félicité, Comtesse de Genlis. She’s a French female writer and she was born in 1746. She lived a very long time and didn’t die until 1830. She was the first French female governor (not governess – this is key) to the Royal Family of France. She was the first woman to hold that position and she wrote a massive amount, so lots of fiction but also lots of non-fiction too.

The reason I’m thinking about her at the moment is that she’s mentioned directly at the end of Jane Austen’s ‘Emma’, and so many people have read that and yet they wouldn’t be able to tell you who she was. She was a real pioneering character – very independent, a very interesting life with lots of affairs and political and personal intrigue.

She made her way as a thinking woman in a period where women often weren’t able to do that.

Chawton House Library’s main reason for existence is to say: “You’ve heard of Jane Austen, but there are all these other fabulous women out there, and they’re very much worth reading too.” I’m not sure we can talk about it in terms of a conspiracy theory to deliberately write women out of history, but certainly as the 19th century progressed, the people who were being remembered were men. Women who had very important parts to play in scientific research and other fields got brushed out of the picture, sometimes intentionally, but largely unintentionally. 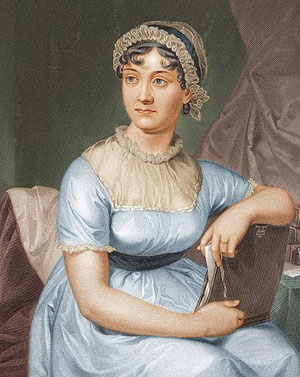 Activities coming up at Chawton House and how to get involved

At the moment we’ve just launched an exhibition looking at Jane Austen’s ‘Emma’. That’s open to the public and we’re open every afternoon, closed on Saturday and open from 11-5 on Sundays, so if people want to come and look round the house, they can.

We’ve got some treasures here like Charlotte Brontë’s letter on reading Jane Austen’s ‘Emma’, so there’s lots of things for people to see. We’ve got a very active events programme with evening lectures, plays, concerts and performances. All the information is available on our website. We always welcome new faces to our audiences.