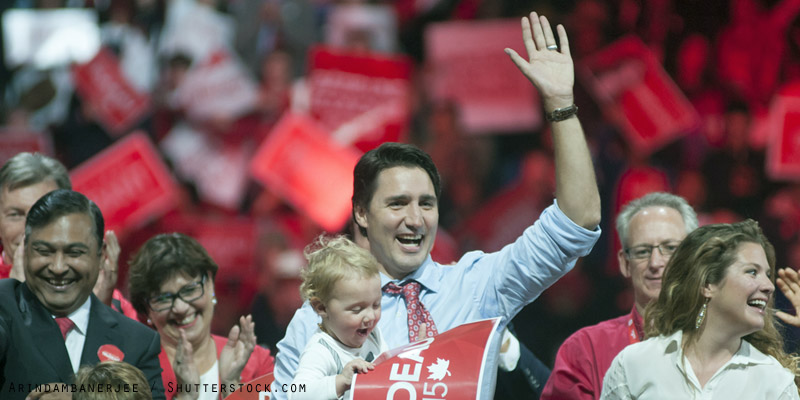 Are you ready for a new Industrial Revolution driven by gender equality?

Hello and welcome to issue 48, which celebrates Women in Economics. It was times to coincide with the annual World Economic Forum meeting in Davos and this got me thinking about the role of women in the economy. It’s no small irony that the theme for the meeting was The Fourth Industrial Revolution, and one of the strands to this was the importance of diversity, but this was a bit incongruous when you consider this year’s attendees were only 18% women.

I’ve just read an excellent blog from Lisa Unwin, Founder of She’s Back, who points out the logistical challenge presented by holding a meeting in a remote Swiss town with a population of only 11,000, 92 miles south east of Zurich, in term time (which, it would seem, also corresponds with mock GCSE and A-level exams in the UK). To be fair to the organisers, I’m sure the skiing is great though, despite the UK’s matriculation calendar clash.

Will, Rich, Leo – ready when you are…

It is however, an invitation-only event. It won’t be long now I’m sure before Womanthology is added to the media list. Perhaps next year I’ll fly in by helicopter? It’s attended by 2,500 politicians and chief executives, innovators, investors and heads of state, who all get together once a year to attempt to solve all of the most complex economic problems the world faces.

Some journalists and academics attend for free, but members of the World Economic Forum pay more than $50,000 annual fee, or you can get a premium membership for $500,000, which gets you into all the most exclusive gatherings. I’m thinking your half million dollars probably buys you cocktails with Will.i.am, Richard Branson and Leonardo Di Caprio, and some very tiny canapés.

Sheryl Sandberg was also in action on a panel alongside Womanthology’s favourite world leader, Canadian Prime Minister, Justin Trudeau: When asked in November why he appointed a gender-balanced cabinet of 15 men and 15 women, he replied, “Because it’s 2015.” Swoon.

In Davos last Friday when talking about gender balance in politics Justin – we’re sure he’d be happy for us to call him ‘Justin’, because that’s how his laid-back style rolls – said, “Study after study has shown that if you ask a man if he wants to run for office his first question is likely to be: ‘Do I have to wear a tie every day?’ And if you ask a woman if she wants to run for office, her first question is usually, ‘Really, why me?’ Let’s start rewarding politicians and companies who aren’t driven by a macho approach.” More swooning. He’s also spot on. Let’s reward those who have moved on from the old boys club.

It’s fine to use the F-word, but it isn’t compulsory

Justin also said, “We shouldn’t be afraid to use the word ‘feminist’. Men and women should use it to describe themselves whenever they want.” However, excellent research from the Fawcett Society, called Sex Equality – State of the Nation 2016, found that a massive 83% of those interviewed in the UK want equality for men and women, but only 4% of men polled would identify as feminist, and only 9% of women.

On a practical level, if the 83% are supportive, surely that has to denote progress and be a great thing, terminology and semantics aside. Personally, I don’t mind how you self-identify – as long as you truly believe in gender equality and you demonstrate this in your actions, it genuinely doesn’t bother me one way or the other what you call yourself.

Sheryl Sandberg talked about the ‘Toddler Wage Gap’, whereby the unconscious bias of parents conditions girls to expect lower remuneration from birth, even for household chores. She also made the point that, “We shouldn’t be working towards equality just because it’s the right thing to do. We should do it because it’s the smart thing.”

Hear hear! Because it’s the very smart thing. Research from McKinsey tells us that, “Companies in the top quartile for gender diversity are 15% more likely to have financial returns above their respective national industry medians.” Sadly though, women account for an average of just 16% of executive team members in the United States, and 12% in the UK. So, what are we waiting for, people? Let’s get with a new, rebooted programme – Economics 2.0.

I might not be on the list to attend Davos for 2017 yet, but what I’ve realised in putting this edition together to celebrate Women in Economics is that despite incredibly low representation of women in the subject (in the UK in 2014, women made up only 14% of Professors), there is huge talent amongst the women (and of course the supportive men too) in the field.

I defy you to read any of the articles and not to be struck by the compassion driven talent that exists. So what if we were to gather all these great minds together and set about harnessing this collective wisdom to bring about some positive change? Are you ready for something better? Good, because so are we. In fact we can’t wait, so keep watching this space and we’ll keep you posted with our progress. We’re planning our own Industrial Revolution and it’s going to be amazing.