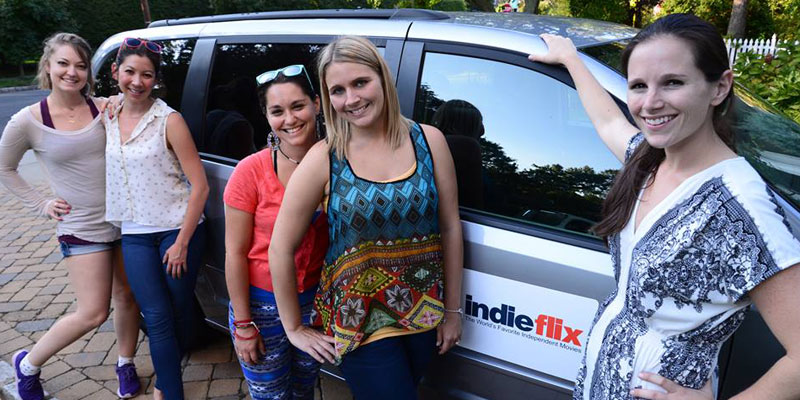 Sarah Moshman is an Emmy Award winning documentary filmmaker on a mission to empower women. She recently directed the documentary The Empowerment Project: Ordinary Women Doing Extraordinary Things, which follows five female filmmakers as they drive across the United States to interview inspiring women in a variety of career fields – from an astronaut, architect and TV producer to a pilot, athlete, and mathematician to name a few.

“…As a filmmaker you create something and it’s so personal to you. You know every frame, every sound, every moment you think will make an impact…”

For the last year and a half I have been spending every ounce of my life and energy making a documentary called “The Empowerment Project: Ordinary Women Doing Extraordinary Things.”

It’s the story of five female filmmakers as we traveled all across the United States (over 7,000 miles!) to interview inspirational, powerful women in a wide variety of career fields to create more positive role models for girls everywhere. 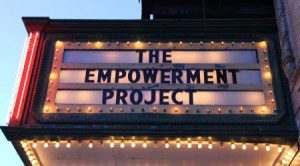 The project stemmed from a frustration of the media landscape as it currently exists. Women of all ages are underrepresented, treated like objects, or ignored all together.

This documentary aims to ignite conversations around the world about the state of women in leadership roles across all industries, how women are being viewed in the media, and to encourage girls to be leaders of their lives – whether that means to be a stay-at-home Mom or the CEO. The theme of the film is: “What would you do if you weren’t afraid to fail?”

We completed the film in late April, only a few weeks ago now and already the response has been overwhelmingly positive! We screened in Chicago, Illinois at a middle school, two high schools, a college as well as two public screenings in the city and the feedback was incredible. Then we did three screenings in Los Angeles.

The Empowerment Project: If you can see it, you can be it 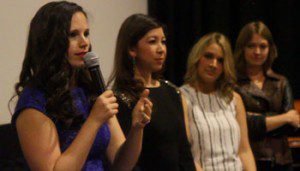 Everyone left the theater feeling inspired and empowered, which is more than I ever could have hoped for. Showing it to students is very special for us, knowing what this film would have meant to us seeing it at that age. “If you can see it, you can be it.”

In Wilmette, Illinois a 16 year old girl raised her hand after the screening and said:

“I just want to say thank you. I’m 16, I’m about to take my SATs and I have been wondering what is it all for. And now, I understand.”

In Chico, California a father of three sent us this:

“As the Daddy to three amazing adolescent young ladies, I want them to take on life with passion and confidence. As a man who was raised by a single mom and older sister I have always known that women can do anything they want. This movie is NOT just for a female audience, this is for anyone who has females in their lives!”

A woman came up to me in tears in Los Angeles and later posted:

“Seeing this film was a huge pivotal moment in my life, in my career, and in my personal journey. Cried my eyes out, got inspired, and got to hear the stories of some truly INCREDIBLE women. If you have the chance to see The Empowerment Project you HAVE TO SEE IT. It is so powerful and so important for both women and men (old and young) to see and really absorb.”

And a nine year old girl when asked what she learned from the film she replied:

As a filmmaker you create something and it’s so personal to you. You know every frame, every sound, every moment you think will make an impact. And you see all the imperfections too. I have truly been able to see this story through other peoples’ eyes and I am so proud and honored to be a part of this message. Every sleepless night, every ounce of stress and anxiety about whether or not this dream was possible melts away when you can see and feel that you’ve made an impact large or small.

I can’t wait to see what’s ahead for “The Empowerment Project” and all the people we will empower along the way.

Nothing worth having comes easy.

To host a screening of “The Empowerment Project” in your community go to: http://indieflix.com/empowermentproject