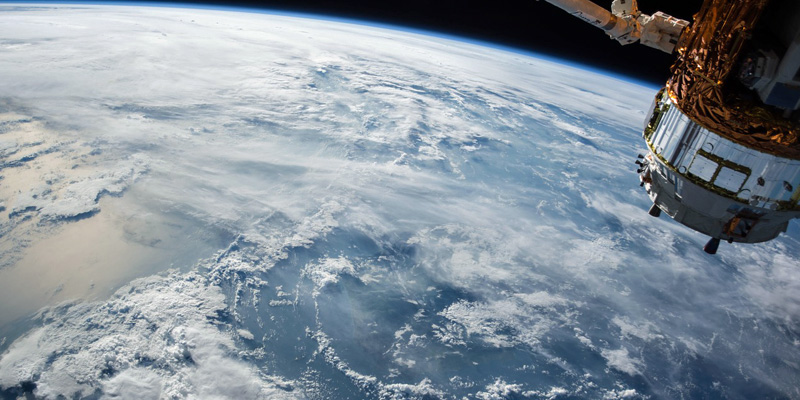 Dr. Maria Kalama is the Satellite Communications Lead for Innovate UK, where she has worked for five years in between maternity leave. Her role is to help companies in the UK space sector to innovate, grow and succeed by connecting them with opportunities to gain business and acquire funding. She manages a portfolio of Government-funded research and development programmes, as well as having managed the strategy, development and oversight of the UK’s investment to the European Space Agency Telecommunications Programme (ARTES) between 2013-15. 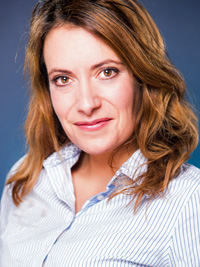 “…What I’ve always found exciting about space is the notion of ‘risk’. When a rocket goes up and it’s worth perhaps £1 billion it’s a very exciting moment because you literally don’t know whether or not it is going to successfully deliver the satellite into orbit or, in the worst case scenario, blow up seconds after launch…”

Striking the right balance between consultancy and technical work

I graduated from university in 2001. At the time, all the brilliant students, even if they’d studied engineering, either went into consulting or finance. For some reason, becoming an engineer after having done an engineering degree was seen by some as not having concluded your studies successfully, and this seemed such a shame to me.

So, I started my career as a consultant, working for a small consultancy that specialised in the space sector. From then on, I continued with a little consulting, but I felt let down that I couldn’t do a lot of technical work.

Space is so exciting, and I got a little frustrated that I could only work on its periphery by doing consultancy, so I did a part time Ph.D., whilst working in industry at the same time in the space sector. I have worked for space hardware manufacturers, and also ‘space operators’ that offer services. I worked extensively across Europe – in France, Spain and of course in the UK, so my experience is a mix of technical and commercial work in the space sector, across Europe. 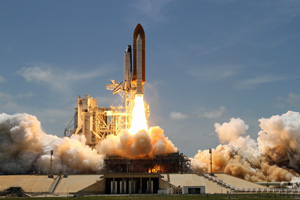 What I’ve always found exciting about space is the notion of ‘risk’. When a rocket goes up and it’s worth perhaps £1 billion it’s a very exciting moment because you literally don’t know whether or not it is going to successfully deliver the satellite into orbit or, in the worst case scenario, blow up seconds after launch.

My role at Innovate UK

I’ve had two roles at Innovate UK, but broadly across both my job is to meet companies of any size, from both the space sector and outside, to explain how Government can help them achieve their goals. Usually the way we do this is through funding. We have several mechanisms so we can help them overcome barriers to growth, developing products or exporting – it is whatever they want to achieve so it might be many things.

I look to see which are the mechanisms that are right for them. This is usually funding, which is of course very important for any company to grow. My role is to advise them which funding mechanism is appropriate to them. I often help companies on the journey from being a start up to becoming a medium sized organisation.

The other part of my work is to set up funding programmes. At Innovate UK, we constantly create new programmes or adapt our existing programmes to satisfy our customers’ needs (and by customers, I mean UK businesses). I work to set up the programmes and sometimes to assess programmes from industry. It’s about creating the right mechanisms in order to help companies to grow.

UK Government’s priorities in the sector

I work for Innovate UK. In the UK, we also have the UK Space Agency, which is the UK equivalent of NASA. The UK Space Agency sets the overall strategy for the sector, together with other stakeholders and organisations in Government, as well as industry and academia. Much of this strategy is now expressed as what is called the Space Growth Partnership, which outlines the priorities of the sector.

As part of this, Innovate UK’s priorities are economic growth for the UK and the sector. When we look at the market reports about what is happening in the sector, they tell us that the vast majority of the revenues and economic grow are coming, and will continue to come, from the provision of services and applications, so this is where I’m focused. We want to bring new people into the space sector – new companies that are created or existing companies from other sectors that want to work in space.

It’s about creating new applications and services that will improve our lives. This might be about improving our understanding of the environment or improving global communications.

Of course, new services and applications need the underlying infrastructure, so we will often invest in priority areas in hardware development, whether that is space hardware development – so satellites or anything else that is sent into space, or perhaps smaller launchers. We will also invest in priority areas for what is called the ground segment – the kind of terminals people use on the ground to communicate with space.

So, to summarise, whatever we invest in is underlined by the potential for economic growth. Where we see growth now is within the provision of services, but services cannot happen without the underlying infrastructure, so we also prioritise infrastructure for investment.

Innovation in satellite communications in the UK and beyond 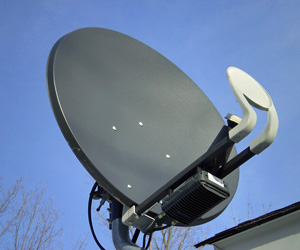 In satellite communications at the moment there is a movement towards what we call low Earth orbit constellations – constellations of small satellites at about 800km from Earth. We’re talking about constellations from 900 to 2000 satellites, and their aim is to provide seamless global connectivity around the globe. There are global technology players and strategic investors such as Softbank working towards the same goal of broadband connectivity anywhere!

Gender balance in the space sector

It’s a really exciting sector for anybody to work in but it currently seems unbalanced in the UK. I think there’s more to be done in comparison to continental Europe, and maybe even the US.

When it comes to being a woman in the space sector, I would advise any girl to get involved because it’s an incredibly welcoming community where you will get to work with genuinely wonderful people.

£4.7 billion uplift for science and innovation

It’s exciting times for us at Innovate UK. We will become one single organisation with the Research Councils under the UKRI (UK Research and Innovation) brand, subject to legislation currently in Parliament. At Innovate UK, together with our colleagues at the Research Councils, we have run consultation workshops and we are currently in the process of working with Government and the Department of Business, Energy and Industrial Strategy in scoping of the challenges in order to be able to get started with a programme to tackle them.

The most exciting thing for us at the moment is the Industrial Strategy Challenge. As the Prime Minister announced, there is a significant increase in Government investment for science and innovation. The Chancellor has committed an additional £4.7 billion by the end of this parliament for science and innovation. We are very busy but it’s an incredibly exciting time, especially for the space sector. We’re determined to help UK business make the most of this opportunity.