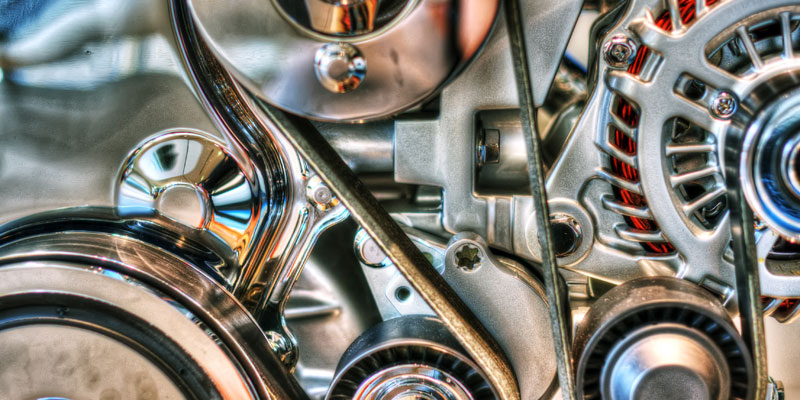 Philippa Oldham is Head of Transport and Manufacturing at the Institution of Mechanical Engineers. Having joined in 2011, she works with members to raise the profile of engineers, aiming to spark debate and provide thought leadership within the transport and manufacturing realm. Philippa engages with government departments and political committees making sure engineers are involved early in policy making decisions, and regularly works with the media providing insight into the profession or to improve their understanding of engineering issues. 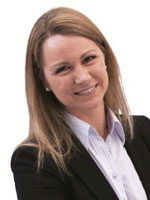 Fiddling with objects and trying to figure out how they worked

As far back as I can remember I always remember my parents having to keep an eye on me because I would be forever taking things apart and fiddling with objects trying to figure out how they worked. I was lucky because my parents were familiar with what an engineer was. I have long had a passion for motorsport sparked by my mum’s passion for Formula 1.

So growing up on the Leicestershire / Northamptonshire border I was lucky enough to be located relatively near to motorsport valley. I took advantage of this and wrote letters to several of the motorsport companies located within a travelling distance. I was pleasantly surprised to be offered some work experience at Ilmor Engineering Ltd.

On completing a master’s degree in Mechanical Engineering I took a job at QinetiQ – a security and defence company. I started as a Design Engineer working on projects that included millimetre-wave body scanners and progress through to working with bomb disposal robots and ended up working as a Product Manager within a £150 million aerospace business. I joined the Institution of Mechanical Engineers in 2011.

The National Women’s Engineering day event came about due to my working relationship with the Low Carbon Vehicles Partnership as I was helping them with the organisation of their 2015 conference on 24th June. We had discussions with the management of Formula E and thus sparked a light bulb in my head and I thought why not have a woman in motorsport event the day before to tie in with the National Women’s Engineering Day

Women are making a real difference to all areas of engineering, and this was a fantastic opportunity to hear from those with aspirations to become engineers with the F1 in school champions, those at university, embarking on their careers by competing in events like Formula Student through to those at the top of the professions like Leena Gade, Race Team Leader of three Audi Sport’s winning Le Mans cars.

It was also an opportunity to hear about the challenges that these engineers have faced and conquered both on and off the racetrack.

Opportunity to make a difference in society

I believe that engineering is great career choice as it is one as it gives you the ability to make a difference to the society within which we live. It is estimated that we only have 5.5% of the workforce to be female. I believe this number remains low due to the lack of understanding as to what a career as an engineer can offer.

It is a career that can take you in a multitude of directions whether that be helping resolve the issues of climate change, developing the next high speed train, producing the special effects on the next Bond movie or designing a children’s playground using sustainable materials.

It is about getting a variety of engineers from across a wide range of sectors into the schools. We not only have to encourage the pupils to become engineers but we need to convince both their teachers and parents that a career in engineering is a worthwhile one. One such way that this can be improved is with the TIPS (Teacher Industrial Partnership Scheme) programme which the Institution is involved in.

Engineering – not all about getting dirty!

We are currently in a crucial period in terms of the future of our society. We face a time where there is now an ever growing population, who are living longer. This leads to an expectation that people desire greater security, comfort and safety. However, there is only a finite amount of resource on the planet. But there is an almost infinite potential for exploiting and reconfiguring – most of which have not yet been tried. Engineers are the problem solvers that will ensure our future survival working out how we can fulfil these ever growing needs.

Getting a greater visibility of women in the workplace and better careers advice for girls in school are two areas where we have to start. If you want to become an engineer make sure you get some experience in a sector that not only interests you but excites you. Move role when you start to stagnate, challenge your peers with their thinking but most importantly do what is right for you.