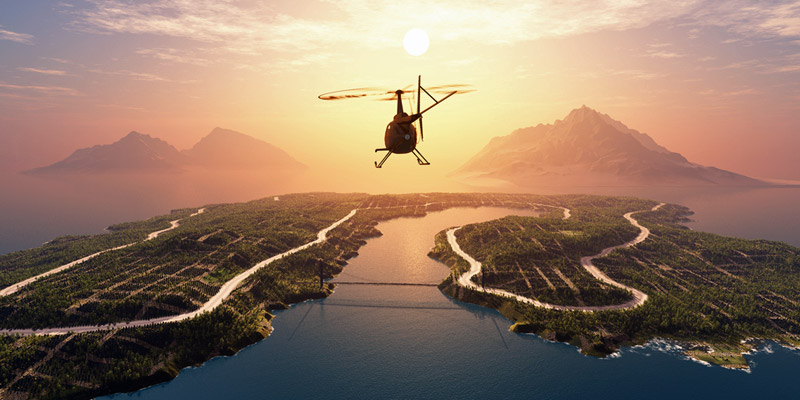 Dorothy Saul-Pooley is a helicopter and aircraft flying instructor who is a Fellow of the Royal Aeronautical Society and Immediate Past Master of the Honourable Company of Air Pilots. After initially having qualified as a solicitor in 1982, she trained as a flying instructor and now runs her own flying school, Pooleys Flying Instructor School, where she is Head of Training, in addition to authoring and editing manuals and training guides for pilots. Dorothy set  up the South East Chapter of Women in Aviation in 2008, having organised their first chapter conference.

“…I don’t think there are any barriers if you’ve got an interest. The Honourable Company [of Air Pilots] and the British Women Pilots’ Association both have scholarships for which prospective pilots can apply. I think it’s getting the interest in the first place…”

Dorothy – please can you tell us about your career to date and how you first became interested in flying?

I think I always wanted to fly, but didn’t know how to go about it, and it wasn’t until my early thirties when I was on a skiing holiday and I met somebody who was talking about flying and that riveted me and inspired me to go and start learning.

What was your route to qualification?

I did the usual thing of studying for my private pilot’s licence (PPL). It took me about 15 months because I was working full time as a solicitor and so I only had the weekends available. 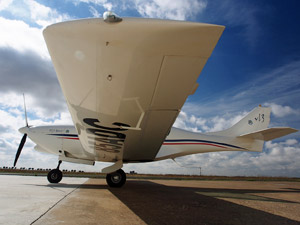 It took me quite a long time – the weather and all the other factors that make it very slow, so after my PPL I then continued being a lawyer for a while. I carried on adding all the different ratings you can get, and then I left law about two or three years after getting my licence to train for my commercial licence. I qualified as a flying instructor, and I was about 35 by then.

I worked as a flying instructor for a year or two, but the pay was so bad that when I’d completely run out of money, I reinvented myself as an aviation lawyer and went back to law full time for about four years, instructing part time at weekends and in the evenings. By this time I had enough experience to train to be a flying instructor’s instructor, what we call an FIC instructor, all on aeroplanes at this stage.

I became a consultant part time on the legal work to give me more time for flying, and for the next few years I worked for someone else, and then ten or eleven years ago I set up my own school, specialising in training instructors and examiners. Round about the same time my consultancy contract had come to an end and I didn’t renew it, because by then I’d gone into writing training books and publishing them.

What made you decide to learn to fly helicopters as well as aeroplanes, and how did this come about? 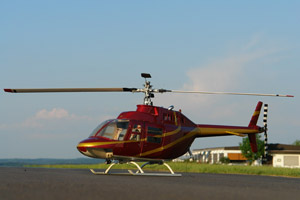 That was all to do with the books. By then I was writing training books and the publisher suggested that I might like to look at a book on helicopters. I said, “Well I can proofread it and check the grammar and the spelling and the punctuation, but I’m afraid I can’t do the content because I don’t know the difference between a collective and a cyclic, so he said, “Well, it’s time you had some lessons.” So I started learning to fly helicopters when I was about 46 or 47 years old.

I got my licence very quickly because I could go every day between my aeroplane teaching commitments – the school was on the airfield – and then I started studying for my commercial licence. The publisher kept producing more helicopter books for me to review and to work on, so the next thing was that I needed to get my instructor rating so I finally got my helicopter instructor rating when I was 49.

What made you want to teach others to fly?

I started teaching people to fly aeroplanes and I did that for quite a number of years before I got into training instructors. With helicopters it’s very much just been a sort of add-on if you like – something extra. There’s only two women in the whole of the UK who are qualified to teach on both.

Aircraft and helicopters used for training always have dual controls. There are simulators, but you don’t use them for the basic type of training, generally only for the more advanced ratings.

What is the gender split of your pupils? 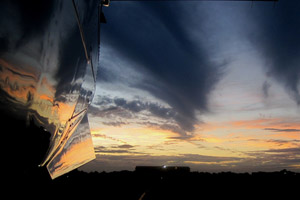 It’s pretty much what the expectation would be – 95% men and 5% women. I think money is one of the barriers because after all, despite equal pay legislation, I would say that the majority of women earn significantly less than the majority of men, because of job choices. But even within the same jobs we know – there’s so much evidence that a woman doing the same job as a man will generally earn up to 20% less. Even amongst lawyers, that’s the case. It was one of the things that I found very frustrating, but I don’t think it’s just about the money.

I think it’s about role models, and it’s also still about the fact that schools do not necessarily encourage women to do STEM subjects.

What is your advice to other women and girls who want to learn to fly? How can they overcome barriers such as cost and accessibility?

I don’t think there are any barriers if you’ve got an interest. The Honourable Company [of Air Pilots] and the British Women Pilots’ Association both have scholarships for which prospective pilots can apply. I think it’s getting the interest in the first place. I sometimes think with girls, it’s the mothers. Mothers don’t want their girls getting their hands dirty. They don’t like them to go and do mechanical things. It sounds awful, but unfortunately that seems to be what it is.

I think that when women are interested they get on with it. Often it could be because they’ve got a brother or a husband or somebody they know who’s interested, but for me, I knew nobody. I just wanted to do it, but then I was a sort of tomboyish type of person. I rode a bicycle rather than caught the bus, and I’d fix my own bike. I liked to ski, climb mountains, shoot guns – do all that type of stuff, and so I was generally quite adventurous. And I think some people just aren’t, they are fearful. (But that can apply to some men too!)

You’re actively involved in several aeronautical organisations. Why is this so important to you and how has this assisted you in your professional life? 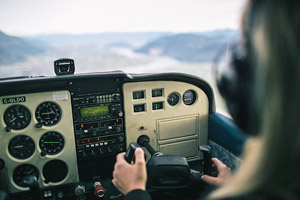 Before I got involved in aviation organisations, when I was working as a lawyer, I was on loads of legal committees. When I was at university I was on all the university faculty committees. I’ve always been someone who volunteered for things, to give back, to raise money – I’d organise sponsored bike rides for charity, even as a teenager I did that stuff. I was a Girl Guide. It was just in my nature. It’s what my mother encouraged. It was natural to me.

I’d been involved in so many organisations early on as a lawyer that when I moved from law into aviation it was natural to me to volunteer for the Education and Training Committee, to see what I could contribute and the rest just flowed from there.

I’m still doing some consolidation. Having just completed my year as Master of the Honourable Company of Air Pilots in March, I’m still what’s called the Immediate Past Master, so I have a number of duties and roles to perform, and from that I thought I would slide into the abyss of Past Masters and not have so much to do, but I was recently elected on to the Court of the Guild of Freemen, which is another City-based organisation, also very much about benevolence and charitable things, and scholarships and education. And then there’s the social side of it – I’m involved in that.

My work is busy, not just running my flying school, but also writing training books, and I’m still open to new challenges. I’m also thinking that I wouldn’t mind taking my pension in a couple of years’ time. The other thing I’m looking at doing is training to be a Yoga teacher. I’ve started on that road. I’ve been doing Yoga almost every day for the past three and a half years, and been on a number of workshops. I’ve also got involved in a local singing group, so lots to keep me busy.