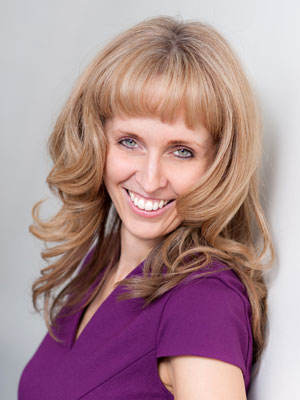 Hello, and welcome to issue 97. Another fortnight, another Womanthology issue. I hope you enjoyed International Women’s Day? I genuinely think it was one of the best ever. I’ve never seen engagement like it. #IWD2018 and #InternationalWomensDay started trending on the 7th March (the day before International Women’s Day itself), peaking on the 8th but, fascinatingly, this year the trending carried on to the next day and the hashtags were popular into the following week.

But when is International Men’s Day?

I’m not sure if you have heard about the comedian, Richard Herring, who spends every International Women’s Day on Twitter to search for people asking: “When is International Men’s Day?” Some of them think there isn’t an International Men’s Day, but there is, on 19th November, so Richard spends a marathon day on Twitter setting them straight, having raised more than £150k for Refuge in the process. Do scroll back through his Twitter timeline if you fancy a titter. These tweets are priceless.

I do this so that everyone else can get on with celebrating International Women’s Day and using it to raise awareness of the issues that affect women. And trying to achieve equality.

I am not denigrating the people who use IMD to raise awareness. I can’t think of anyone who does more to inform people that this day exists. On November 19th.

It’s really just a bit of fun to point out how unoriginal people are being and also answer the question that they don’t expect has an answer. The answer is November 19th. But as the number of people asking never seems to decrease it’s a busy day for me. I thought this year it would be nice if we raised some money along the way, to turn stupid or negative comments by people who don’t understand how to google into something that will be positive and helpful.

So, I’d be delighted if you donated a little money (or a lot) to Refuge if you enjoy my pedantic, frustrating and ultimately self-defeating day. Because in the end it’s me who is the main target of this joke, trying to turn back a tide like some King Cnut.

The JustGiving page is still live so please pledge: https://www.justgiving.com/fundraising/november19th

And to celebrate International Women’s Day, here is my favourite international woman. I called her my princess. She said “I am not a princess, I am Spiderman”. Though if she is spiderman that showed a lack of commitment to keeping her identity secrethttps://t.co/TvOgTuaY6p pic.twitter.com/X6kwppZ23E

Get ready for November 19th

So, to all the men (and a surprisingly large number of women) who complained that the very idea of an International Women’s Day is political correctness gone into overdrive, I’m expecting very big things on November 19th. You’ve got a whole eight months to get yourselves together organise events. Richard makes the brilliant point that: “if you think men don’t get equality in some areas, then striving for equality will help them too.” This couldn’t be truer.

So, for 2018 I’m expecting men than ever before in organisations across the globe to organise awareness raising events. Let’s be honest, there’s a lot of ground to cover. For starters there’s mens’ physical and mental health. There’s toxic masculinity. There is a gender skills gap with girls outperforming boys at school, even in countries where women lack equality with men. So, to all those who complain, look smart and jump to it. The world is watching…

The power to rewrite history

For now, do have a look at our Women of History issue to coincide with Women’s History Month. Arguably, every other month is men’s history month, so fill your boots for the rest of March. However, one important area that Dr. Mari Takayanagi, senior archivist at the Parliamentary Archives sheds light on is that until 1918 40% of men in the UK and Ireland were denied the vote too. It’s vital for us to celebrate women winning the right to vote in 1918 but it’s also a celebration of a more equal society for men too, and that has to be a good thing.

One thing that we can all do to address the ridiculous underrepresentation of women in the history books, and indeed anyone else who’s had their achievements overlooked, is to set the record straight. Digital open sourced resources like Wikipedia literally allow all of us to rewrite history, and in this issue we hear from Lucy Crompton-Reid, Chief Executive of Wikimedia UK about how to become a Wikipedia editor.

So no matter what your gender, if you want to change something for the better, now more than ever, the power belongs to you.