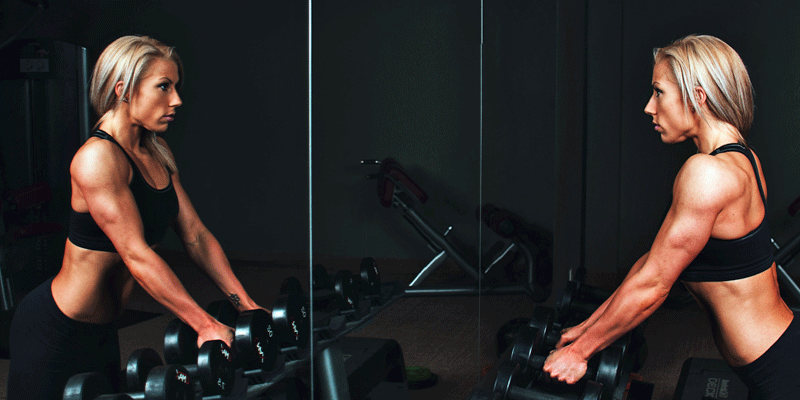 Caitlin Ryan is Executive Creative Director of Cheil UK and is an active member of WACL (Women in Advertising and Communications London), regularly speaking on behalf of the industry. She is passionate about helping more women stay and thrive in the UK creative industries. Caitlin also owns three of London’s most popular independent cafés – Lantana in Fitzrovia, Shoreditech and Camden.

“…If brands are trying to be more authentic, and more about what people will seek out on the Internet, rather than what their advertising slot is filled with, then we need to have a more interesting portrayal of women and men in our communications…”

I’m Australian and I originally did a Bachelor of Business Communication, and I majored in advertising and marketing. In those days you’d do a year’s internship at an agency, and move around the different divisions, so I did media, account handling and planning, and then I got to creative and I knew this was where my home was. I absolutely loved being in the creative department.

I came over here about 20 years ago and started working at Proximity BBDO, where I stayed for 14 years and was ECD (Executive Creative Director). I then became was Group ECD of the independent agency, Karmarama, for two years. I have been at Cheil UK for the last seven months.

The ECD is responsible for the agency’s creative output. What I’m interested in understanding how best to manage a diverse creative community – from film makers to coders to conceptual thinkers. I think the industry as a whole has some work to do in relation to this.

In the past it’s been quite hierarchical, and quite what I would call ‘alpha male’. I don’t think that necessarily stimulates great creative ideas, and a lot of ideas can be squashed by a very hierarchical system. What I’ve been doing both here and at Karmarama is exploring more collaborative communities where there’s more flexibility and it’s not quite so structured in the way it’s set up.

At agencies like Cheil, we do everything from the TV commercials right through to a VR [virtual reality] display at Westfield, so you need to have lots of different types of thinkers. I manage filmmakers to coders to conceptual thinkers, so it’s about blending how they work together. Helping people work together and collaborate is almost as important as signing off the finished product.

The mystery of it all is that we get lots of women coming into the industry after college but then we lose so many of them. It’s definitely getting better, but it has been a huge problem. The headline used to be that it was 3% of ECDs were women. We’ve got it up to about 11% now, but our aim is obviously to get that to 50/50.

WACL is Women in Advertising and Communications, London – a very special club for the some of the most senior women in the industry. It is 93 years old and was originally set up in recognition that women faced challenges as typically they were in very male dominated agencies or companies, so the support of other women in the industry was useful.

The spirit of WACL today continues to be about support. It’s less about networking and more about support. We do a lot of work mentoring younger women and helping them to see solutions that they may not otherwise be able to see, and ways in which they can handle both having a career and a family.

After the fantastic #Gather2016 event here are our Top Ten Tips from the day pic.twitter.com/qOEnBeOvA8

I noticed that the representation of creatives was low (just three of us in a membership of 140) so we set out to do something about that, and in the last two years we have brought in five other ECDs.

Reclaiming the creative space and working towards a gender balanced future

We’re trying to find the proper solutions rather than whitewash over the problem. So rather than just saying: “We should employ more women,” and “We should get more female creative directors,” it’s about properly understanding the reasons women don’t stay.

We are trying to find the point at which women are leaving creative departments (usually when they have children) and encourage agencies to introduce more parent friendly working policies – for both men and women. We also try to speak out as much as we can to demonstrate it is possible to have children (I have three) and a career in this industry.

This is where agencies have to change the way they think about part time work, about flexibility, about working from home. If they genuinely want to keep women in, then they can’t say: “We’re trying our hardest, but they’re not fitting in to our structure.” They have to change the structure.

The percentage of women who make the purchasing decisions in households is up near 80% and a similar percentage say they don’t recognise the women that they see in advertising, so we have a problem. We need to make sure that the female lens is on the advertising that we’re creating so that women who see it relate to it better.

It’s not about it only being female creatives and saying we should do away with male creatives, it’s about equality – it’s about having equal numbers. It’s also about diversity and not having white, male, middle-aged guys being in control of every single script that’s out there.

Equality is for everyone

The late hours is definitely one of the factors to take into consideration. If you’re on a shoot, you might be away. So those are the types of things we need to look at to find ways around them. We’ve got clients now saying they won’t let an agency pitch unless 50% of the creative department are women, so those clients also have to recognise that if we have women in the creative department who are mothers, then they may not be able to pull the all-nighters. 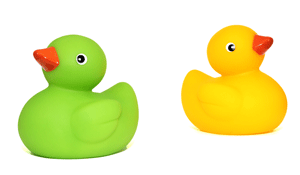 I keep saying that the young dads don’t want to miss their young kids’ bath time night after night, so it’s not about everything having to change for women, I think everything has to change because creative departments are made up of twenty and thirty somethings, and lots of them will have young families. We need to think about the way we make that accessible by helping work and family life to blend, rather than compete with each other.

Gender stereotyping: Not over yet, but we’re working on it

I definitely thing the creative industry is trying to move away from stereotypes, because stereotypes aren’t particularly creative. In the same way that a good film will have more nuanced characters, if something is very predictable and you know where it’s going, the audience tends not to engage.

If brands are trying to be more authentic, and more about what people will seek out on the Internet, rather than what their advertising slot is filled with, then we need to have a more interesting portrayal of women and men in our communications.

It’s not over yet! Stereotyping still happens, but I think the industry is genuinely trying to find new ways of portraying both men and women.

Older people are becoming an extraordinary (and also very complex) market for brands. They’re healthier and wealthier than they’ve ever been before, and they certainly don’t want to be seen in cardigans surrounded by autumn leaves! Less and less people would look at it and think: “That’s a life I aspire to!” Certainly if you’re 70 you wouldn’t look at it and think: “Well there’s a brand that understands me and my complexities, and everything that I’ve achieved in my life.”

The rise of ‘femvertising’?

I’m certainly not going to complain about ‘femvertising’ because it’s a move in the right direction. Work like #ThisGirlCan is brilliant because it starts looking at women in a very different way. When my teenage daughter saw it she came home from school and said: “Mum, my gym teacher showed us this great ad today. I love it and it makes me want to get out there and exercise.” So that’s brilliant.

Where I think we need to be slightly careful is people jumping on the bandwagon of it if they don’t genuinely have a reason to do it, and they’re doing it because it’s of the moment.

It can be a blunt tool when used by brands that don’t really understand what a feminist or empowered view is – and are using it as a whitewash. Like all brand personalities – it has to be authentic or the consumer will see through it.

Advice for women and girls who would like to get into the industry, and how can WACL help

It is a brilliant and supportive industry if you approach it with an open mind. WACL is a group of highly supportive sponsors and mentors who are all determined to help more women stay in the industry.

Gather is a great event for the younger women in the industry. The industry has gone through a rough patch but rather than sit back, settle and say: “The industry’s not going to change,” there’s lots of men and women working really hard to change it, so it’s the perfect time to get involved.

It’s been a fantastic morning, full of inspirational stories. We can’t wait for the afternoon sessions #Gather2016 pic.twitter.com/ZYvRvb5qXW

What is coming up next for you and WACL?

I sit on the Exec Committee and I am hoping to do a series of short films to document the past stories of WACL women. There’s incredible stories hidden in the WACL archive. There are some fascinating and extraordinary women – now retired, who broke down many barriers and I would be proud to tell their stories.

I love sitting next to an older member at a WACL dinner and hearing their stories. I would love to capture some of those stories and do a film series to go on our website.

The club is continuing the theme of Speak Up – Join IN. There’s speakers dinners – Tom Daley is the next speaker that’s coming up. We have regular events such as on Monday the 10th October, we have what we call a WACL Gathering and the topic is: What is the Secret of Confidence – how can I feel more like joining in? 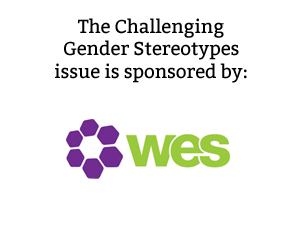