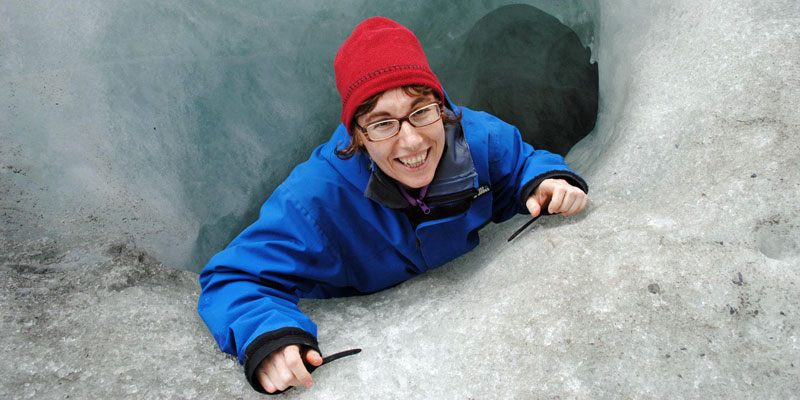 Dr. Manuela Gonzalez-Suarez is a lecturer in ecological modelling at the School of Biological Sciences at the University of Reading. Her work involves understanding and predicting loss of biodiversity and amongst other things it aims to identify species’ life-history, ecological and behavioural traits that can be used as predictors of extinction risk. 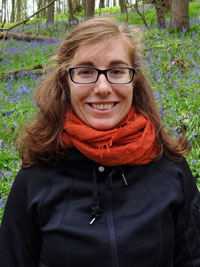 Manuela spoke at the Reading Soapbox Science event that took place on Saturday 9th July 2016. She talked about: “The problems of having a big brain and other things that increase extinction risk.” 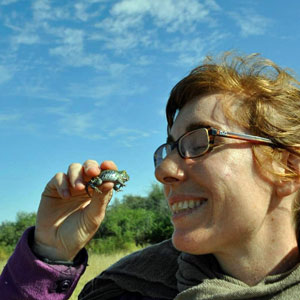 From a young age I wanted to study biology. I grew up in a big city (Madrid, Spain) where I could not spend my days collecting bugs or looking at plants, but still I was passionate about nature. I guess I had a ‘career’ dilemma while in primary school: I could not make up my mind about whether I wanted to study plants or animals.

The dilemma was resolved while pursuing my undergraduate degree at the Universidad Autonoma de Madrid, when I became passionate about animal behaviour and ecology. Following this passion and a desire to travel, I moved to the USA to study a Master’s degree at Binghamton University (New York State). I stayed in the USA to complete my Ph.D [Doctor of Philosophy] at Arizona State University. After receiving my Ph.D. in 2008 I returned to Europe, where I first had a one year postdoctoral position in Paris at Université Pierre et Marie Curie, which was followed by two different postdoctoral fellowships, adding to a total of five years, in Seville (Spain) at Estacion Biologica de Doñana.

Finally, last year in May I came to interview at the University of Reading and I was offered the job which I have now as a lecturer in ecological modelling.

A different type of modelling 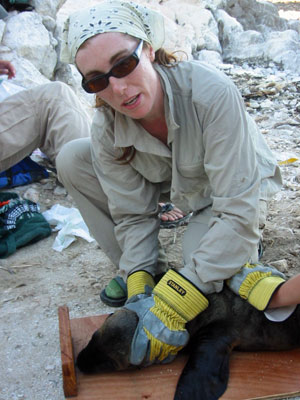 Manuela during her Ph.D. researching California sea lions in the Gulf of California, Mexico

Each day may actually involve different tasks depending on obligations and deadlines but on average I probably spend about 20% of my time doing what I would ideally like to do 90% of the time: conducting research to better understand species’ extinction risk and what we may do to prevent the loss of biodiversity.

To conduct research I use statistical methods to analyse different types of data (about how species look and behave, about different human impacts) and once I find interesting results I write scientific papers to share them. To learn about other people’s findings I also spend approximately 10% of my time reading the scientific literature.

Another important aspect of my day, taking about 30% of my time, is preparing and submitting funding applications, mostly so I can hire people to do research with me. The remaining 40% of my time I spend answering emails, attending meetings with students and colleagues, engaging in social media (I have Twitter account and write a blog) and when opportunities arise doing public outreach (like I am doing right now!). 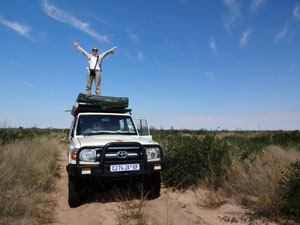 Manuela in the Kalahari desert, Botswana

Occasionally I do get to have some adventures doing field research (with my hiking boots) in places like South Africa where I have been working to understand how wildlife responds to roads and traffic. Finally, I will start teaching at the University of Reading in a few months, then a good part of my day will be spent preparing and delivering lectures to students.

My Soapbox Science talk is titled “The problems of having a big brain and other things that increase extinction risk”. As an ecologist and conservation biologist I am interested in understanding the current biodiversity crisis in hope to find ways to stop it.

We are losing species at an increasingly faster rate, but it is hard to predict which organisms are at higher risk and thus, which species need more protection. My research looks for ways to predict risk, in particular exploring intrinsic risk. Some species have characteristics that make them particularly vulnerable to extinction, identifying these characteristics can help us protect them. I have worked mostly with mammals and one of my recent findings is that mammals with larger brains (relative to their body size) are more vulnerable. 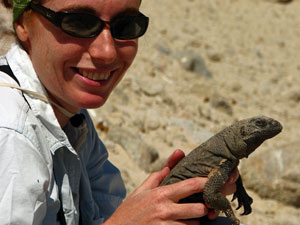 Initially my colleagues and I thought that perhaps mammals with big brains, which are generally smarter, would be able to cope better with current changes. After all, humans have the biggest relative brain size of all animals and we are clearly doing quite well (you could say we have taken over the planet!). However, the data we collected shows that species with large brains reproduce slowly and slow reproduction increases extinction risk.

The brain is energetically expensive to develop and maintain, so animals with big brains have fewer young which take longer to become independent (readers with children are probably nodding their heads right now). This slow reproduction increases vulnerability to extinction because these species cannot increase their numbers quickly, so if something causes a decline these species take very long to recover. Sadly, big brain mammals may be smart but this is not helping them do better in today’s humanised world.

Pitching my talk to all species in the street!

Manuela during her Ph.D. working on California sea lions in Mexico

To prepare my talk I will write an initial script of what I want to say and think about props that could make the talk more engaging. Once I have the script I will practise my talk many times, in front of a mirror and in front of friends and colleagues. Also I recently participated in a Soapbox Science workshop with other speakers and we were given some useful tips on public talking which I hope to incorporate.

As scientists we are generally quite comfortable speaking to an audience, in conferences and classrooms, but speaking in the street and to a diverse public is going to be an interesting challenge for me.

Getting people to understand the value of science 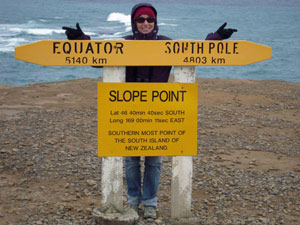 Outreach events like Soapbox Science are important because scientists need to communicate their research findings and their passion for science to society. If we want people to value science and encourage young people to do science, we need to let them see how wonderful and fun it is.

In particular, we need to encourage more women to do science. The role of female scientists is greatly undervalued, and not just by men – women are biased too! Soapbox Science provides a unique opportunity to share our passion for science and let people see what we (women) can do!

The biases we have as a species

The gender split in the biosciences varies among countries and universities. In general there are more female undergraduate and postgraduate students than male but the ratios start to change at the postdoctoral stage and continue to go down with seniority.

In the UK only about 18% of bioscience professors are female. This pattern is often called the leaky pipe and there are many reasons proposed to explain why females drop out of the “academic pipe”, including the challenges in balancing a family and an academic career, and probably more importantly, conscious and unconscious biases towards females. Many people still think women are not “good at science”. Events like Soapbox Science are great opportunities to change that perception.

There is no unique way to succeed in academia 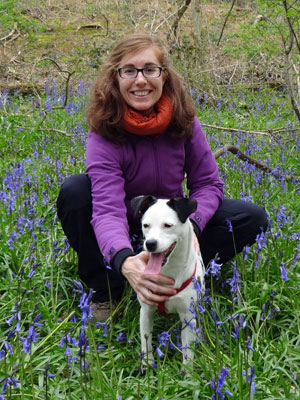 Manuela and her beloved dog, Addy

My advice for women and girls interested in careers in ecology is to work hard, love what you do, and have fun doing it! This advice, of course, also applies to men interested in ecology.

For women particularly I will add: be confident in your own abilities, being a women does not automatically mean you can or cannot do something, we all have limitations but these are not necessarily linked to our gender; be prepared to face and combat sexism and biases, find allies and mentors that can help you deal with any issues and be proactive in changing the prevailing culture (participate in Soapbox Science events!); and importantly, think outside the box, there is no unique way to success in academia.

Find your own way and make sure it includes time to have a life outside work, whatever that may be (children, pets, kayaking). Finally again, do not forget to have fun! 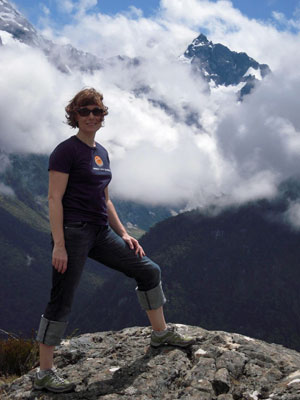 As I am settling into my new position as lecturer at the University of Reading I look forward to establishing my research team here. I co-supervise two Ph.D. students in Spain but both are finishing this summer so I am searching for new students and postdoctoral researchers interested in working with me at Reading.

I am also eager to expand my field research activities, although I define myself as a “computer ecologist”, I very much enjoy being outdoors and observe nature directly. I plan to continue my road ecology work in South Africa and ideally expand it to other areas of the world, possibly including the UK.

Finally, I am also going back to my origins with upcoming research on invertebrates (I did my Master’s research on spiders). This work will involve laboratory experiments so I may also be a “lab-coat” researcher in a sense! Clearly I value diversity both among and within people.