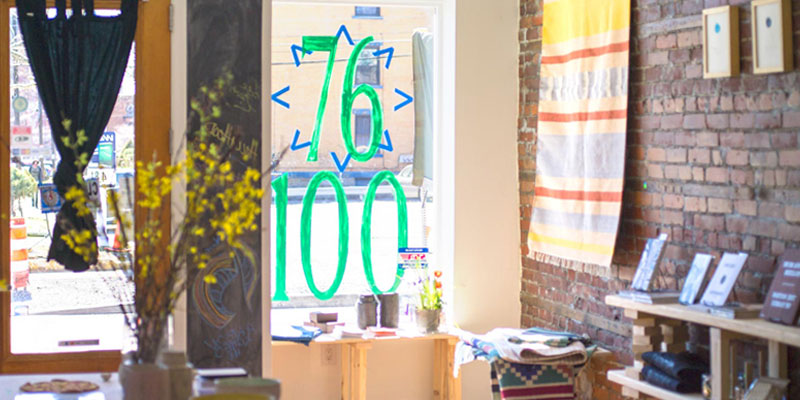 Elana Schlenker is a Graphic Designer / Art Director who has set up a pop-up shop in Pittsburgh that has been established to draw attention to the gender pay gap. Men paid full price, whilst women paid 76% of the total. The shop was called 76<100 and reflected how women earn 76 cents for every dollar men make in the state of Pennsylvania. The Pittsburgh shop was open until 30th April 2015, with another pop-up which followed in New Orleans in autumn 2015.

“…I’ve been really surprised by the number of men who’ve come in and been genuinely pleased to hear about our mission. Most people realise that this is about celebrating and supporting women, not punishing men…” 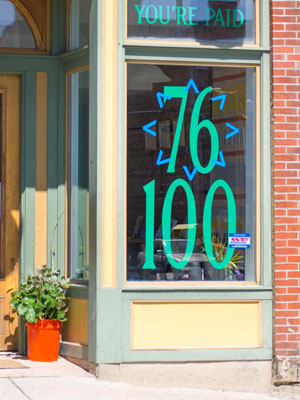 I was reading a book on publishing while researching for my design practice and came across a publisher who was reissuing the work of feminist artists from the 60s. One of these was a manifesto, which the author originally sold to women for $1, but to men for $2. I thought it was a funny concept, but one that made sense given the discrepancy between men’s and women’s earnings.

I felt that creating a store with pricing that mirrored the wage gap would be a great way to encourage conversation around the issue, and I liked the fact that an aspect of the project would include promoting women artists—it was important to me that the project not just highlight this negative reality, but offer a positive space that empowered women. 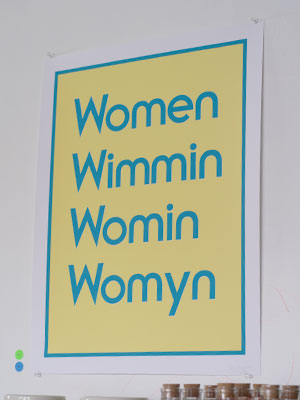 76<100 is a shop for gender wage parity, with pricing set to reflect the wage gap in Pennsylvania, where women’s median earning are just 76% of men’s. Each item has two price tags—men pay full price, while women pay 76% of the price of any item in the shop. It’s really interesting how well this approach visualises the gap and makes it palpable.

I relocated to Pittsburgh from Brooklyn with my partner this past summer. Though I still keep an office in Brooklyn, Pittsburgh seemed like a great place to get this project off the ground—rent is cheap and there’s a lot of support and enthusiasm for artists and start-ups, so it’s a low-risk place to try an idea and see how it goes.

I’m also originally from Kutztown, Pennsylvania (on the eastern side of the state), and I liked the idea of starting the project in the state I originate from. Along the way, I also discovered that Pittsburgh is one of the worst metropolitan areas for women’s earnings, so it makes sense on a lot of different levels!

The project has been incredibly well received, particularly locally. Both women and men have come out to visit the shop and support the project, to discuss their own experiences, and of course to check out all the wonderful work we have in the store! I’ve been really surprised by the number of men who’ve come in and been genuinely pleased to hear about our mission. Most people realise that this is about celebrating and supporting women, not punishing men.

Moving the conversation forward about the gender pay gap

I think to really overcome the gender pay gap we need to acknowledge that most of us (women included) possess unconscious bias that impacts who we hire and how we pay them.

Hillary Clinton has finally having confirmed her intention to run for President: How this might change things for women in the US

Hillary ran for President in 2008, and almost eight years later, women still comprise only 18% of our Congress, 24% of state legislators, and 10% of governors. I’d love to see real gender parity in our government in my lifetime.

I’ll be collaborating with Tammy Mercure, a photographer based in New Orleans, to bring the project there. I’m really excited to have a partner on this next iteration! We’ll be selecting new artists, including women local to the New Orleans area, and partnering with lots of new organisations to produce events. We’ll also be charging women even less—in Louisiana women earn just 66% of what men do, so they’ll pay just 66% of the full price of items in our shop.