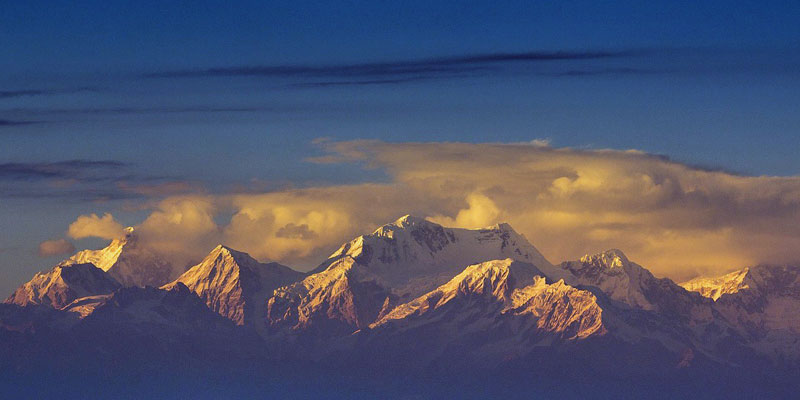 Dr. Chanda Gurung Goodrich, an Indian National, joined ICIMOD [the International Centre for Integrated Mountain Development] as the Senior Gender Specialist in March 2014. ICIMOD is a regional intergovernmental learning and knowledge sharing centre serving the eight regional member countries of the Hindu Kush Himalayas – Afghanistan, Bangladesh, Bhutan, China, India, Myanmar, Nepal, and Pakistan – and based in Kathmandu, Nepal. Chanda is in charge of ensuring and promoting gender integration within the Centre and operationally in the programmatic areas, and her professional interest is in gender research in natural resource management, agriculture and livelihoods, especially for small holder farmers. 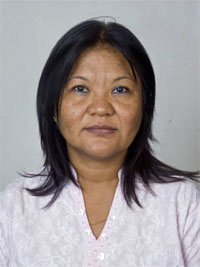 “…Gender inequalities in terms of access to resources and decision-making processes that affect communities, cultures and environments are some of the key challenges…”

My career working on gender issues

I have been working on gender issues since I began my professional career in 1997. I have worked for various national, regional and international organisations in the region.

From 2001-2003 I worked as the Gender and PR&D [Product Research and Development] Specialist for the International Maize and Wheat Improvement Center (CIMMYT), South Asia Regional office, Kathmandu, in the Project, “Resource Conservation Technologies” that aimed to accelerate a socially equitable adoption process of resource conservation technologies for farmers in the Indo-Gangetic plain [a 255 million hectare fertile plain encompassing most of northern and eastern India, the eastern parts of Pakistan, and virtually all of Bangladesh].

From 2007, I was in SaciWATERs (the South Asia Consortium for Interdisciplinary Water Resources Studies) based in Hyderabad, India first as the Senior Fellow – Research, where my role was to guide and supervise the research programme component of the Crossing Boundaries project on IWRM (Integrated Water Resource Management), the Gender and Water project in South Asia (India, Nepal, Bangladesh and Sri Lanka), and then as the Project Director-cum-Executive Director (2010-2012).

After this I joined ICRISAT (International Crop Research Institute for Semi Arid Tropics) Hyderabad, India as Gender Specialist (Principal Scientist – ‘Empowering Women’). My responsibility there was to lead the research initiative to investigate the innovations and approaches to empower women in smallholder households to better participate in agricultural growth.

I joined the International Centre for Integrated Mountain Development [ICIMOD] in March 2014 as the Senior Gender Specialist with the responsibility of strategic leadership of the ‘Strategic Institutional Function – Gender’ to ensure gender-positive and transformative outcomes and impacts. Apart from this I have worked as a gender consultant and researcher for many organisations like the IDRC [International Research Development Centre], ETC Netherlands, Chemonics International, The Mountain Institute, ISPS (Indo-Swiss Project Sikkim) and also ICIMOD.

My interest in promoting gender integration within natural resource management and agriculture began with my early research jobs. My Ph.D. [Doctor of Philosophy] and M.Phil. [Master of Philosophy] were focused on women’s rights and their role in development, where I had not really looked in agriculture or natural resources. But the two assignments I did as a researcher (my first ones as a professional) – the action research project, Gender, Ethnicity and Agro Biodiversity in the Eastern Himalayan Region funded by the International Development Research Centre (IDRC) and the research project Gender and Sustainable Livelihoods in Mountain Regions, funded by UNESCO / ICIMOD – introduced me to these sectors and I was so gripped by what I found out – not only the work that women did, but the knowledge they had!

The way the socio-economic structures and power hierarchies play out to undervalue, if not entirely ignore, women’s role and knowledge is also fascinating and critical to understand.

About the International Centre for Integrated Mountain Development

In the face of changes like globalisation and climate change that have an increasing influence on the stability of fragile mountain ecosystems and the livelihoods of mountain people, ICIMOD aims to assist mountain people to understand these changes, adapt to them, and make the most of new opportunities, while addressing upstream-downstream issues. 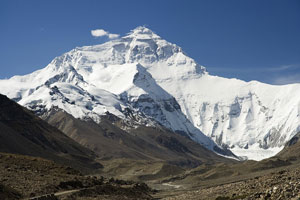 Overall, we are working to develop an economically and environmentally sound mountain ecosystem to improve the living standards of mountain populations and to sustain vital ecosystem services for the billions of people living downstream now, and for the future.

ICIMOD’s vision is: “Men, women and children of the Hindu Kush Himalayas enjoy improved well-being in a healthy mountain environment” and the mission is: “To enable sustainable and resilient mountain development for improved and equitable livelihoods through knowledge and regional cooperation”, which clearly shows the gender responsive goals of ICIMOD.

I love my job – it is not only a job for me but my personal commitment and passion, so any role I can have to integrate gender in programmes and / or in the institutions for achieving gender equity and positive gender transformation is something very important to me.

The other great part about my role is that I get to work with multi-cultural and multi-disciplinary teams and also with many levels and types of partners – international, regional and national research and development organisations and institutions, government, farmers and civil organisations.

Challenges faced by women in particular in the Hindu Kush Himalayas

Women in the Hindu Kush Himalayas face numerous challenges – socio-cultural norms and practices that lead to women’s subordinate position, economic and political marginalisation. Gender inequalities in terms of access to resources and decision-making processes that affect communities, cultures and environments are some of the key challenges.

In addition, in recent decades the, high rates of male out-migration mean that women experience intensive workloads, responsibilities and burdens, which in turn often results in low enrolment and drop-out of girls from formal education as well as increases in gender-based violence and trafficking of girls and women.

How new technologies can help

A major and immediate way new technologies can help is by reducing women’s physical work load. New technologies would also mean new knowledge which can be empowering and go a long way in building their confidence. Furthermore, it can also give them more freedom – freedom from drudgery, freedom from dependency on other family members, freedom of maybe time to spend on themselves or their children – which could lead to better health – not just physical but mental and psychological too.

At ICIMOD we celebrate International Women’s Day every year. The Gender Resource Team (GReaT team), a dedicated team for promoting gender from different themes and programmes within ICIMOD, and the gender team work together to plan the day and make it a memorable event.

The International Women’s Day celebration in ICIMOD is not just a day of acknowledging and applauding the immense contribution of the women staff members but a rallying point to build support for women’s rights and meaningful participation within the Hindu Kush Himalayas region. It is a day to collectively reflect on the challenges that women face and discuss the potential opportunities, as well as take stock of what we have done so far in this issue. You can find details of our programmes here.

To me this would mean that each one of us be sensitive to the differential needs of women and men, and to respect and honour these. We can support by doing our own bit in whatever way we can – from our own families, to our work spaces, community, society etc. – nothing is too small in this. And an important step would be to allow women to right to make choices affecting their lives. Let the women “speak” – do not let the voices go unheard – this is indeed a big way of supporting and expanding the possibilities for women around the globe.

We have many things yet to be done and achieved to promote gender equality. Two immediate major activities lined up are: the gender audit, which we are now in the process of conducting, for getting a realistic account of gender integration at ICIMOD, as well as to reflect upon how to move forward, along with leadership training for men and women within ICIMOD and our partners for women’s equality.