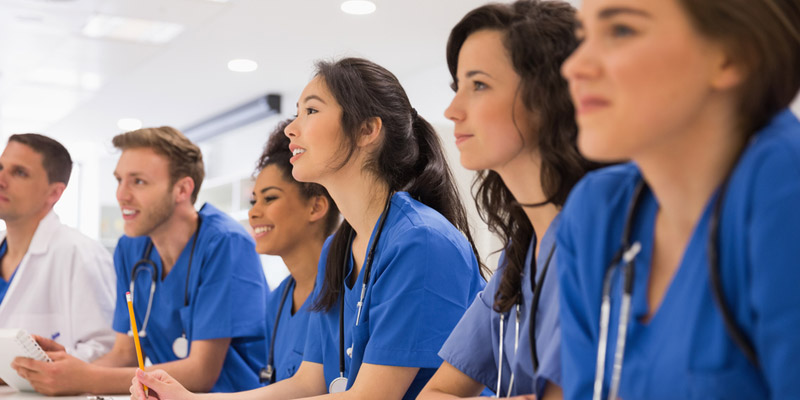 Dr. Sally Davies is President of the Medical Women’s Federation (MWF). She qualified in Medicine at Cambridge University and the London Hospital. She undertook training posts in Medicine, Paediatrics and General Practice in London, Oxford and Cardiff before spending a period working in primary care in the Middle East. On return to the UK, she undertook a career change and commenced part time training in Clinical Genetics in Wales and was subsequently appointed to a part time consultant post in the All Wales Medical Genetics Service. 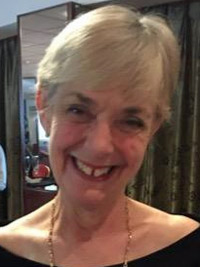 “…At the moment three of the CMOs [Chief Medical Officers] for England, Wales and Scotland are women and we have a record number of Women as Royal College Presidents…”

Becoming a doctor and specialising in genetics

I became interested in medicine when I was in primary school. We lived opposite a most lovely, charismatic lady who was a GP. It had never occurred to me before that doctors could be women, but she was a wonderful role model.

I really enjoyed the genetics I did in university. We did very little clinical genetics in our clinical training in those days.

Whilst working in Riyadh in primary care I saw many families with children with inherited disorders and that rekindled my interest, so when I got back to Wales I looked to train in genetics. I was very lucky – I had had three young children at the time. I got taken onto the part time training scheme.

Challenges of working part time whilst still progressing your career

I trained part time and I was appointed to a part time consultant post, which was fantastic. By then I had four children. My husband is a doctor as well so it was ideal that I worked part time, but I was still furthering my career. What was nice about working part time was that I had time to develop other interests. I’d always been interested in medical education, so I undertook an MSc in Medical Education whilst my kids were in school. It was hilarious – they were always telling me off for leaving my homework until the last minute.

After that I worked in the Wales Deanery, being responsible for the training of junior doctors in Wales. I did that for ten years. I established a Professional Support Unit to provide help and support for the doctors who were struggling either with their training, their health or other issues, and that was really fascinating.

I finished working in the Deanery in 2013 and took on the Presidency of the Medical Women’s Federation in 2014. I’ve always used the fact that I was working part time in genetics as an opportunity to do other things.

I always advise doctors that working part time is not an easy option. It doesn’t make life any easier but if you are caring for your children or older sick relatives it enables you some time to carry out that caring role, but you have to balance both. It is somewhat expected when you’re part time that you will do extra, that you’ll come in on a day when there’s an important meeting etc.

I think the majority of part timers put in more hours than they’re expected to do. This is why they’re so cost effective for the NHS, particularly as it enables women to be retained within the workforce. More and more men are now training part time because of caring or other commitments.

The work a doctor in training does is stressful. The hours are long and you are often working over groups of nights or weekends. You’re not necessarily ‘quiet’ – you’re very busy, but you’re also not at home with your family.

When you’re working part time your salary is less, you’re paid less superannuation – your pension at the end of the day is therefore less, so it’s not a win / win.

In the NHS at the moment about 10-11% of junior doctors are training part time, a much bigger figure than elsewhere. The younger people within medicine are looking for further opportunities and prefer a good work / life balance.

People will split their time across different roles too, whether that’s academia, leadership or management roles, teaching, journalism, trade union activity with the BMA [British Medical Association]. People are really enjoying the option of a portfolio career.

The Medical Women’s Federation and my role as President

The Medical Women’s Federation was established by a group of very feisty ladies to support women doctors and women patients and their families during the First World War. They were allowed to practice in surgery and other specialties.

Between 2012 and 2014 I was President Elect and became President in May 2014. It’s been a great role. I’ve thoroughly enjoyed it. It’s a two year post – I’m President until May 2016 and it has involved being asked to attend meetings and sit on committees giving ‘the woman’s perspective’. It’s meant that I meet a lot of people who are game changers, both in the NHS and outside. We have a great team in the MWF Central Office and excellent officers. We’re consulted – I’m rung up for my opinion on various matters that may be going on or issues that are making the headlines, and that’s been very interesting. You start to recognise the important issues.

I’ve just got back from a conference in Vancouver. I was there in my educational role but was still asked about the issues facing women doctors in the NHS.

We can’t take our eyes off the ball

There isn’t the same sort of support for women doctors in North America. Part time training is almost unheard of. I was chatting to surgeons, and if a woman in training went on maternity leave and wanted to come back part time, that would be considered as a return to work in the same way as after illness, and would only be allowed for up to three months, and that three month would not be recognised as part of their training. I was amazed. My jaw hit the floor.

We’ve achieved a lot over here for women doctors and I think we should pat ourselves on the back, but we can’t take our eyes off the ball. It would be so easy for us to go backwards.

I go to meetings and I spend my whole time putting my hand up and saying, “What about women?” You can almost see the look on their face – “Not her again!”

Having the same name as the Government’s Chief Medical Officer

It has caused us both problems over many years, even when I was training or just working as a consultant, I would sometimes get invitations that were meant for her, and vice versa I’m sure.

Sometimes when I attend meetings everybody is expecting Professor Dame Sally Davies … and I turn up! I never quite know if they’re disappointed or not!

It was great when I took up this role, one of the first emails I had was from Dame Sally, congratulating me when I took office. I’m right behind her in her aim of increasing women in STEM. At the moment three of the CMOs [Chief Medical Officers] for England, Wales and Scotland are women and we have a record number of Women as Royal College Presidents.

Dame Sally’s announcement linking Athena SWAN to higher education funding is also creating ripples internationally, as I found out in this role, because I mention the Athena SWAN charter and people are aghast, and say, “How wonderful!” It’s been mooted by Dame Sally about looking at doing something similar within the NHS.

The recommendations made by the DDRB [The Doctors and Dentists Review Body] suggested that 7am-10pm should be the basic working hours every day, and Saturday is also basic working. Junior doctors are restricted to the number of hours they can work. By making more of the hours at basic rate they are getting a pay cut.

My understanding is that they will be introduced in 2016 and that’s why there is going to be a junior doctors’ ballot.

Jeremy Hunt said they’re not doing it to cut money but it’s very transparent that it is. The other recommendations are that there won’t be a yearly upgrade of pay for these junior doctors – the people who are our brightest and best and the future of the NHS. They are the people who got three As to go to university and have run up considerable debt in their five or six year training.

If you take time out for maternity leave, or research placement, or even take time out to go and work abroad (for example for a charity – a lot of junior doctors do charitable work), none of that will count. So if you were in a role where your pay would go up after three years when you achieved increased seniority, if you were working part time your pay wouldn’t increase for six years.

All of these things are hidden within the recommendations. The majority of recommendations will affect every junior doctor, but there are some that will specifically affect women more than men, and at the present time over 50% of junior doctors are women so it is going to have a significant effect.

The tragedy is that our best doctors would be valued elsewhere, where they are better paid and there are much better working conditions and facilities. If they look at the NHS they will think, “Well why do I want to stay here?” The UK has traditionally trained the best doctors.

A significant impact on women: Frank and open negotiations required

I would like to see frank and open negotiations which bear in mind that we are training these doctors. These are the consultants of the future who will be looking after you and I when we get old. This has been done politically as these junior doctors run the service. It has not been done with an eye to training them well.

If you work more hours out of main hours you are less likely to be learning new techniques and improving – you’re “minding the shop”. Nobody knows what Jeremy Hunt means yet by the seven-day working. If it just means keeping the hospitals open with more services on seven days that should be fine, except you will not have any more doctors, so they’ll be spread more thinly. By definition you cannot expect people to work more hours across the week with the same number.

Working those hours and covering at nights and less on weekends may not give you sufficient experience of the procedures, of the skills that you need to be learning in your particular specialty.

The impact on women is a consequence of what they’re planning.

Our next conference is coming up on 6th November in London. We represent women doctors across all specialties across the board, so the main theme of our conference is ‘resilience’ – the concept of developing resilience within doctors because of all the pressures, both financial and work related stress. There are gaps in rotas everywhere. We do know that doctors experience mental health problems, they get health problems, and the most important thing is to make sure doctors look after themselves, because you’re not going to look after a patient well if you’re not well yourself.

On a brighter note, it will be our MWF Centenary in 2017 – the President then will be Professor Parveen Kumar, who is famous for her wonderful textbook, ‘Kumar and Clark’s Clinical Medicine’. We’re planning a special meeting as a celebration and we’re very much looking forward to the next 100 years.

Whatever the challenges ahead, we’re stronger if we face them together.