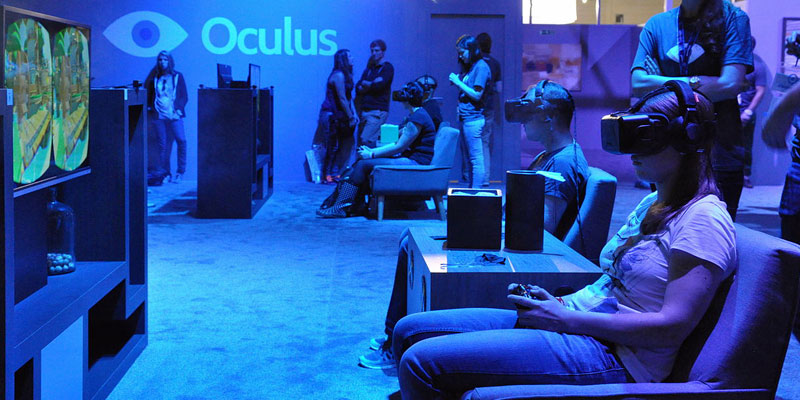 Tanya Laird, the founder of Digital Jam, has been working in the digital industry across entertainment intellectual property and innovation for the last ten years, primarily with global gaming and entertainment franchises such as Star Wars, Marvel and Moshi Monsters. As well as being a creative technologist, franchise strategist, transmedia storyteller and a virtual reality producer, Tanya also provides mentoring and consultancy to new tech start-ups across a wide variety of business incubators and accelerators.

“…Being a founder really opens up a world of possibilities. It’s like having a blindfold lifted off your eyes and being able to see that actually, there is a much broader opportunity than you imagined…”

I found I had to educate myself quickly about the development process, because fundamentally there is a well documented divide between the commercial teams and the development teams in most studios. It was very important for me to understand the terminology, the attitudes, the processes and the methodologies of both camps in order to be that middle ground.

Digital Jam is an evolution of that original need to learn how to speak the language of both development and commercial, and to expand upon that. We facilitate conversations between different sectors and different industries focused on the application of existing technologies to new sectors, or new technology to existing sectors. We help our clients discover new opportunities for additional revenue and innovative ways to rethink things.

As we’ve evolved as a business over the past five years, we found that it was also about inclusivity across a very broad spectrum – film, games, TV, comics, theatre, immersive theatre, transmedia, music and the theme park industry, and alongside that we’re also able to focus on a wide variety of technology industries as well. This year we’re focused on virtual reality, augmented reality and artificial intelligence.

One of the examples of how we operate is through our Digital Jam sessions – an audio podcast series. We bring together thought leaders and experts from across multiple industries, different practices and roles to have a conversation about a topic area that they aren’t necessarily an expert in, so we create what we call a ‘naïve expert’™.

Because we’re asking them about this slightly leftfield topic and it isn’t their core area, it really does cause people to step out of their comfort zone initially, but ultimately we find out that the conversations are incredibly valuable amongst participants, but also to the people who are listening to the show.

Whether you call it multiplatform entertainment or transmedia, technology and entertainment are facilitating the exploration of intellectual property and franchises in multiple ways. The evolution of the medium is what we’re interested in and we’re working with a lot of people in the transmedia space.

The idea of expanding intellectual property (or a creative universe) between multiple outlets and opportunities to explore different aspects of that universe and bring it to life in different ways is something that’s become the norm.

Previously, five or six years ago when we were working in ARG [alternate reality gaming] and it was being utilised by people like 42 Entertainment, Starlight Runner and various others, it was still this new thing and people didn’t really understand why or how you would use it, but now as we look at the way people are launching campaigns for franchises and movies, you see this kind of thing all the time.

The Hunger Games launch was one of the clearest examples of utilising this idea of cross-platform story telling. We see it all the time now. There’s always a social media aspect of every show now – people trying to explore the idea beyond the original platform.

There’s even secondary TV shows that follow what’s happening, so you see things like The Vampire Diaries with their expansion into The Originals, and so many different TV shows now that have an additional element that’s been explored in another TV show or another medium of some sort. I wouldn’t say ‘multiplatform entertainment’ is even the right phrase these days as it’s become a standard norm in the way that we approach storytelling.

We would talk about ‘world building’ – it’s a very common function within the transmedia industry. We create worlds and universes so we’re able to tell interesting, multifaceted stories. Great examples of very thorough and entrenched world building exist in such properties as Lord of the Rings, or in Steven Spielberg’s Minority Report. It was an excellent example of really exploring the scope of how rich and diverse a universe can be created to facilitate the story telling. When you build a good, strong foundation anything is possible.

With The Hunger Games they wanted to create a campaign that would fundamentally allow for the launch of a new franchise. They started out with what was a very successful novel, and then they created a number of different stories across different platforms – so TheCapitol.pm was the core website where you could go and you would register as a citizen of Panem, and you would be given a district. (There are 12 districts within the fictional world of Panem.) You were allocated a district and then you were given a challenge to help your district to win against the other districts.

They even had their own couture website following the fashions of one of the key characters, Effie, who lives in the Capitol and wears very couture fashion. They also created Tumblr and Instagram accounts that really showcased that fashion. They had a YouTube account that was ‘sanctioned content from the Capitol’. It was very controlled like a communist broadcast channel, where you were only allowed to watch that information through the channel that they artificially created.

The people who petitioned to be mayor of the different districts found themselves not just being the winner of a competitions where they were rewarded with physical product being sent to them, but their names were also included in the canon of the storyline itself. So when you look at certain aspects of the universe, that is the name of a genuine fan who went through a process.

Being a founder is the same as being an entrepreneur in that you’re in control of the career that you have and it’s the success or failure of the business that’s entirely in your hands. So every conversation becomes an opportunity. Every event becomes a way to learn. Every path that you choose to follow gives you this new horizon. Being a founder really opens up a world of possibilities. It’s like having a blindfold lifted off your eyes and being able to see that actually, there is a much broader opportunity than you imagined.

One of the most important things from an entrepreneur and a founder perspective is personal development and the opportunity for learning and improving oneself is so much more vast. You don’t have somebody trying to mould you or tell you how you and your career should evolve, and therefore what skills and talent you need in order to fulfil their expectations for your role in the business. Instead you’re shaping that for yourself, so you’re learning and exploring as you go.

It’s a very liberating experience. During my five years as a founder I have learnt more than I ever learnt in the previous number of years I was working in the corporate environment.

There’s also a very strong sense of community. When you’re working in a corporate environment you know your colleagues, and you have a certain kind of relationship with them, but when you’re an entrepreneur or a founder, there is a completely different sense of community, and everybody genuinely wants everybody else to succeed. Everybody is looking for the opportunities to help each other along, so you find it’s a much stronger community, a much stronger form of relationship you have with people when you are a founder.

I support Women in Games. I am incredibly honoured to be a Women in Games award winner this year. I am an organiser for London Geek Girl Dinners. I am very closely supporting London Geek Girl meetups, Women in Tech, VR Girls UK, Women in VR; it’s a very long list! I’m also a trustee for both the World Youth Organization and for the UN Influx, which is looking at the role of the United Nations and the communication of what the United Nations is doing from a digital perspective.

Having an Asian woman who is a role model is incredibly important because when I first got into this industry I didn’t know of anybody who was an Asian Woman I could look up to and say, “That’s a career path I can aspire to.” I think it’s incredibly important for young people and it’s one of the reasons I work with people like Acorn Aspirations to do hackathons and to educate young girls about technology and coding. For young women it’s a challenge to find role models who reflect them as individuals, and as Vice Chair for BAME in Games I’m very aware that we have a 4% representation of BAME women in the games industry. (As of 2015, women in games is 19% and of that it’s only 4% that are BAME.)

When you look at it in that context, having somebody that can stand to represent Asian women in any role in technology, whether it’s in games, or any other industry for that matter, is incredibly important because from a creative industry perspective, there’s so few of us that it’s vital that we do make sure that there is somebody for them to be able to say, “You know what? This is possible. I can accomplish this and I don’t need to wait for other people to tell me it’s OK.”

Coming up next for me and Digital Jam

We have lots of exciting things happening at Digital Jam, some of which I can’t really talk about(!) but we’re certainly finding that there’s a lot of conversation around VR [virtual reality]. We are the co-organisers of the Augmenting Reality VR / AR meetup alongside Aquified Robot. At the moment, VR is very much a focus for us this year, and we’re seeing a lot of exciting things happen. There’s lot of other exciting things I can’t talk about yet, but do follow us on Twitter and Facebook to keep up to date with our latest announcements!