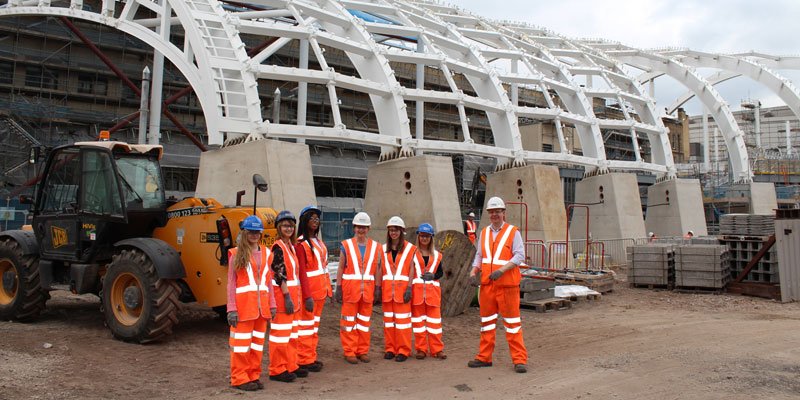 Susan Cooklin is Network Rail’s CIO (Chief Information Officer), leading a large and complex technology and shared services portfolio focused on reducing the cost of running the railway by 25% by 2019. Susan holds non-executive director positions at Leeds Building Society and Leeds Metropolitan University. Prior to her role at Network Rail, Susan worked in IT roles at Barclays, RBS and Leeds Building Society. 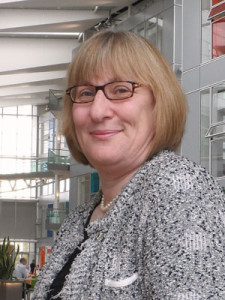 The competition was launched in October 2013 after Susan raised concerns about the rapid slide in the number of women entering the UK’s IT sector.

Sobering statistics for women entering the UK’s IT sector

The statistics for women in IT are rather sobering. The latest information from E-Skills tells us that in 2013, of the 1.1million people working as IT specialists in the UK, fewer than one in six (16%) were women. That’s why I’m running this competition. There are a lot of talented young women out there who could be developing challenging careers in IT but they aren’t even given that option because they aren’t aware that they can take that path.

Reaching out to young women to explore their relationships with technology

We launched a new website and embarked on a publicity programme which included my team going around to schools across the country. We asked young women to tell us tell us in 300-500 words: how they’ve used (or how they could use) technology to make something happen. For example, it could be about how technology helped you to solve a problem, or enabled you to achieve something. Perhaps you’ve used technology to conduct a research project. Or maybe you’ve always wanted an interactive mirror to help you get ready in the morning. It could even be about how you use your smartphone to organise your life. It could be anything – big or small – in your school, family, college or social life.

Exploding the myths around careers in IT

Popular culture has helped create a perception amongst young women that a career in IT is all about writing code in basement offices – the reality couldn’t be further from the truth. I wanted to do something that showed teenage girls that a career in technology could be for them, to show them its creative, about project management, communication, solving problems – all the skills that they could possess but maybe don’t realise are needed for this type of career.

Mismatch between perception and reality about IT careers: Not all coding and computers

There is a rather worrying lack of knowledge about what working in IT could mean. Every day we are all using IT in our daily lives but our challenge is to get young people – and their influencers including teachers and career advisers – to better understand how the skills they have can be used in a technology-based job.

The perception is that an IT career is all about coding and computers. I have lots of people who do this for me but the reality is also that I need people with a creative mind for solving problems and good communication and project management skills. It’s a sector than needs a real mix of skills that both men and women can bring to the table.

The overall winner’s prize is to have the first year of university fees paid for by Network Rail. The winner and runners up also received two week’s paid work experience and mentoring from Network Rail over the next year.

Advice to the winners

You can do anything you want. You don’t need to have a technical qualification to work in IT. Study subjects you enjoy and keep your options open.

We want to hire the best people. A more highly skilled workforce means that we can deliver a better railway for Britain. Having a diverse workforce; and that means gender, race, background and sexuality; it all brings with it the mix of skills that any successful company needs to thrive. If we aren’t attracting women to even apply for our roles, it stands to reason that we will be missing out on some top talent.

We’ve a big programme of activity led by our diversity and inclusion team. However, in a traditional industry, we recognise there is some way to go and we know that to shift the physical or visual diversity of the composition of our workforce will take time. Our focus is on establishing best practice and building a culture in which diversity can flourish.