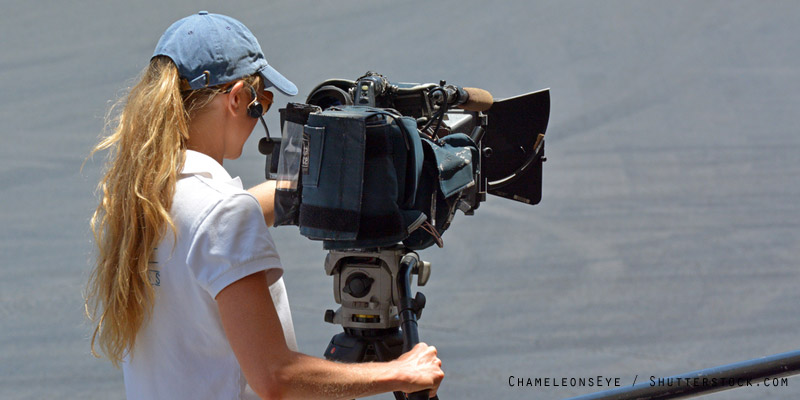 Sue Bruce Smith is Head of Commercial and Brand Strategy at Film4. Sue oversees the financing and distribution of Film4 films and everything to do with the Film4 brand. She has previously worked in distribution, international sales and independent production variously at Palace Pictures, BFI, BBC Films, and Littlebird. She studied at Kent University and Goldsmiths, University of London. 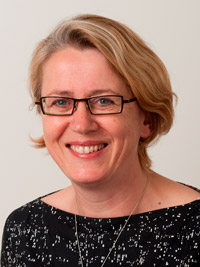 “…It’s absolutely vital that our stories properly reflect the world we live in, and although Film4 has contributed over the years with films like Slumdog Millionaire, 12 Years a Slave, The Selfish Giant, Second Coming and Suffragette, in attempting to reflect a more diverse world, there is still a lot to be done to improve representation both in front and behind the camera and keep diversity uppermost in our minds when taking the development decisions about which stories to focus on…”

Sue, please can you tell us about your career to date and what got you interested in a career in film?

I happened upon film after deciding to take a career break from secondary school teaching and worked as a temp for a while at a production and distribution company called Palace Pictures. I was incredibly lucky because Palace turned out to be a brilliantly vibrant place full of interesting people, all very passionate about film and I just somehow got hooked in. After a few weeks they asked me to stay and I simply abandoned all my other plans!

What does your current role at Film4 involve?

Essentially I use my experience of the international marketplace in both distribution and sales to help find the right financial and distribution partners for our films, and support the process once the film is made, helping the films find their best audience.

For those of our readers not in the film industry, why is distribution so critical in helping a film to succeed?

Films are made to be seen by an audience and quite simply, without marketing and distribution nobody knows the film is there and so no-one gets to see it. Things like the correct positioning of the film and the careful timing of a release are crucial to the film’s success in finding its audience, and there is a good deal of hard learned expertise that goes into the whole process. And as people increasingly choose to watch films in a myriad of different ways, getting the film onto all those different platforms as efficiently as possible is also key to reaching your audience.

Why was Film4 established, and how has the interrelationship between film and television changed in recent years?

Film4 was the brainchild of David Rose back at the beginning of Channel 4 when, in a very visionary move, he decided that the films should benefit from a theatrical life before airing on Channel 4. So ‘Film on Four’ was born and morphed into what it is today, and the same model has been emulated by others like HBO. Film4 now also encompasses the only free to air dedicated film channel in the UK.

There is a real synergy that benefits Film4 in having a broadcaster commissioner as our parent – we swap talent from TV to film and vice versa – Yann Demange, was an exciting TV director of Dead Set and Top Boy when he came to us with his project ‘71. Chris Morris came to us too from the world of TV comedy, as did Iain Morris and Damon Beesley with their hugely successful Inbetweeners movies which performed brilliantly at the UK box office. And of course, Shane Meadows who transitioned to TV for a while to direct the extraordinary series This is England 86’, 88’ and 90’.

Both Channel 4 and Film4 are known for championing diversity – why is this essential in the creative industries?

Film and television are powerful mediums which at their best can really inspire and challenge people’s preconceptions and ways of thinking.

It’s absolutely vital that our stories properly reflect the world we live in, and although Film4 has contributed over the years with films like Slumdog Millionaire, 12 Years a Slave, The Selfish Giant, Second Coming and Suffragette, in attempting to reflect a more diverse world, there is still a lot to be done to improve representation both in front of and behind the camera and keep diversity uppermost in our minds when taking the development decisions about which stories to focus on.

Channel 4 is very committed to making change happen and launched a 360° Diversity Charter last year setting tangible targets in each area and publishing their results so that progress can be measured.

Women are underrepresented in film. How are organisations like Film4 addressing this?

Whilst in the industry there are a growing number of female producers and on screen talent, there are very few female writers and directors or directors of photography, so we need to find ways of growing this skill and seeding talent from other art forms like theatre, the visual arts or television. We’ve recently been setting up mentoring schemes so that talent can shadow an experienced director on a shoot and gain the confidence and understanding to make the leap.

What is your advice for women and girls who are looking to get into film?

There isn’t really any clear path into the industry – there are some pretty good film courses available that can teach you the essentials, and if you are lucky might also provide you with a peer group to try to set up projects together. But for the most part it comes down to securing a low ranking job or internship for yourself and working your way up through different areas of the business until you find the one that really suits or interest you.

I don’t want to put anyone off because it is a wonderfully varied world to be involved in, but I would say you have to be pretty committed and passionate about film to withstand the scarcity and competition for jobs. My advice is to first ask yourself if there isn’t an easier way to make a living and if you are still determined to push ahead then keep knocking on the doors of places whose work you admire and ask them to take you on so you can get a foot in the door and use your enthusiasm and commitment to get yourself noticed.

Are you able to share any of the details of projects you have coming up?

We’ve just finished post [production] on a great new Ben Wheatley film written by Amy Jump and Ben called Free Fire, and we’re currently in-post [production] on an extraordinary new American set film by Andrea Arnold called American Honey. And then there’s a new Paddy Considine film just about to start shooting in Sheffield, and Trainspotting 2 on the horizon. Plus a whole host of others too numerous to list! For now we are concentrating on whether we will be lucky at the BAFTAs where we have a record number of nominations this year.