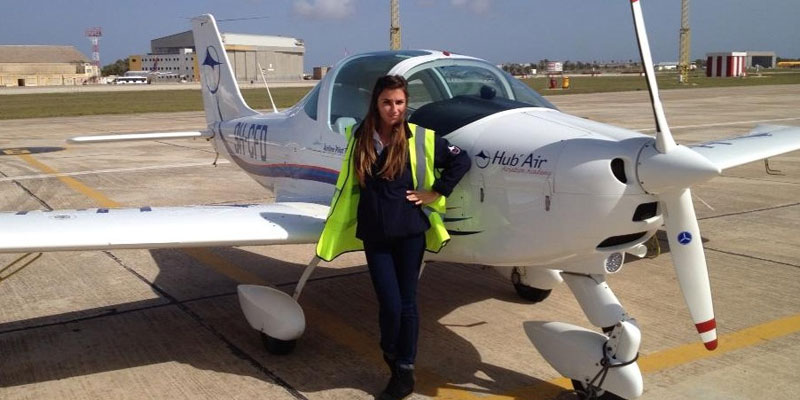 Charlotte Leclerc is a qualified pilot who is currently looking for flying roles. She studied for her Baccalauréat in France, specialising in science, and then in order to help her on her pilot’s course she improved her English language skills by spending four months working as an au pair in Ireland, before learning to become a pilot in America, Belgium, Malta and Paris. She attended this year’s Paris Air Show in order to network and look for a pilot role wearing a ‘Pilot for hire’ t-shirt. 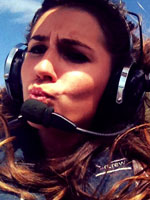 “…I’ve sent lot of curriculum vitaes everywhere around the world, and although I haven’t managed to secure a pilot’s role as yet, I’m determined not to give up…” 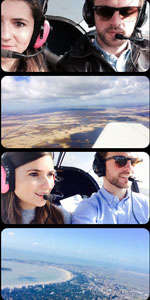 Since I was a kid, I’ve had a passion for extraordinary things. When I was at school, I wanted to become an engineer but I didn’t know which area, so I studied scientific courses. I have got a scientist Baccalauréat. The main subjects were maths and physics.

One day I had the chance to try a glider and I worked to obtain the license. Talking to some pilots at the airport, I decided to take some airplane lessons. As it was expensive, I had a look for some assistance to help me to get my first pilot license at the age of 17. Then I had to make a choice, engineer or pilot. But the only thing I wanted was flying.

Living my dreams at pilot school 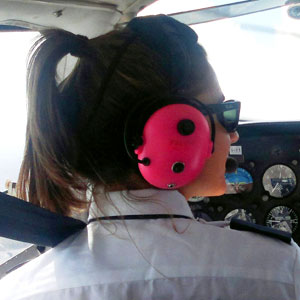 I successfully met the selection criteria to join the pilot school. I spent six months in Vero Beach, Florida, then I went to Belgium for my professional license, and then Malta and Paris. But before I went, because my English wasn’t so good, I packed my suitcase and went to Ireland to work as an au pair for four months. I really wanted to improve my English before starting the school to get the most out of the course.

I spent two years at the flight school and then I obtained my Professional pilot license (CPL IR MEP). It was my instructor who gave me the passion for aviation. He was fighter pilot at the army before I met him.

Since then, I’ve sent lot of curriculum vitaes everywhere around the world, and although I haven’t managed to secure a pilot’s role as yet, I’m determined not to give up. So in the meantime I’ve worked night shifts in a factory, I spent few months as director’s assistant in an automobile firm and sometimes I work as an event hostess.

The direct approach to job search: Wearing a ‘Pilot for hire’ t-shirt at the Paris Air Show… 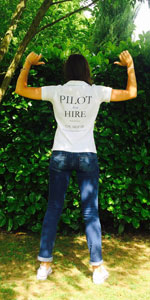 How did I get this idea? I just found a solution to a problem I met when I went to Friedrichshafen in Germany. I printed lots of cards thinking I could meet people, but I couldn’t imagine it will be so hard to introduce myself to them. So when someone suggested to me I should go to the Paris Air Show at le Bourget, I had the idea to make this t-shirt: Now people could see what I was looking for!

It is very hard for everybody. Every year new pilots are entering in the market but the companies are not hiring. Lot of them are ordering new airplanes, but it takes lot of time before to be delivered and mainly in Asia were they are training their own pilots. So I have to be patient.

My main target is to fly. There are lots of possibilities in aviation: airline pilot, private job… I don’t have any preferences to start, but I would like to finish as a captain, flying all around the world.

Women in aviation: Do what you like and push back the limits

I think there aren’t a lot of women as pilots because we keep in mind that the myth being a pilot is an impressive job and is only for men. Lot of people is afraid about the requirements to become a pilot. I think it is a good idea to invite young people to the Paris Air Show at le Bourget or something else. Lots of jobs are unknown, but we are now living in a world where there are no differences between men and women. So just do what you like and push back the limits.

Charlotte can be contacted at: