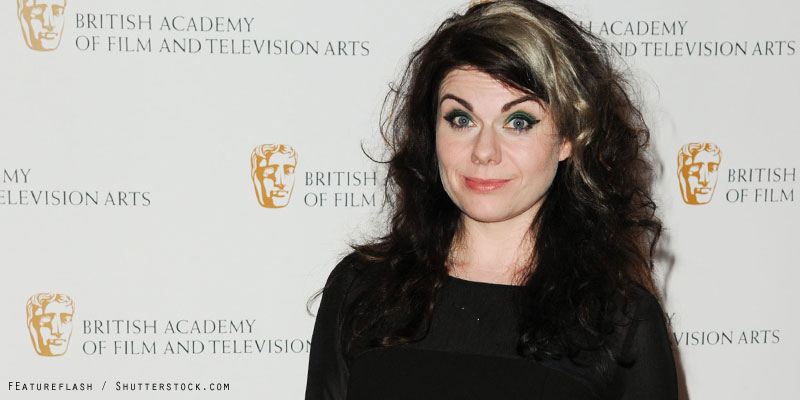 Alison Owen is an English film producer whose former company Ruby Films’ credits include ‘Jane Eyre’, ‘Elizabeth’, ‘The Other Boleyn Girl’, ‘Brick Lane’ and ‘Saving Mr Banks’, together with the up and coming ‘Suffragette’, due for release in late 2015. She first started working at Limelight Records producing music videos, going on to produce her first film ‘Hear My Song’ and a TV series called ‘Diary of a Teenage Health Freak’ before joining production company Working Title. She has recently formed Monumental Pictures alongside fellow producer Oscar®-nominated and BAFTA winning producer, Debra Hayward, and the pair announced they have bought the screen rights to make a film version of Caitlin Moran’s ‘How to Build A Girl’, the latest best-selling novel from the acclaimed author and columnist.

“…I worship Caitlin Moran. She is the wittiest writer on the planet and her creation, Johanna Morrigan stands alongside Elizabeth Bennet and Bridget Jones as one of the great female literary icons…”

Alison, congratulations on securing the screen rights to ‘How to Build A Girl’. Please could you explain the process for securing the rights to our readers?

The process differs from project to project but ultimately you find material you’re passionate about and approach the writers agent or occasionally the writer themselves.

You then enter into a conversation about how best to serve the material. If everyone agrees it is the right way to go, you move forward and secure the rights often for an option period of initially 12 / 18 / 24 months, usually renewable for the same period and exercisable on green light of the project.

Are you able to share any of the timescales with us in relation to the production?

We’re in the early stages of development but with the masters that are Caitlin Moran and John Niven crafting the script, we’re confident we will take this to production speedily.

What do you like most about Caitlin Moran’s work?

I worship Caitlin Moran. She is the wittiest writer on the planet and her creation, Johanna Morrigan stands alongside Elizabeth Bennet and Bridget Jones as one of the great female literary icons. She will burst onto the silver screen with the freshest, most distinctive, hilariously honest voice of a generation – with a story that can be crafted into a film narrative to hold that voice for an audience to fall in love with.

What made you join forces with Debra Hayward to set up Monumental?

We’ve been chasing the same material for so long now, we’re both exhausted from competing with each other. Ultimately, I could see the only way to beat Debra was to join her and she felt similarly about me.

It was the right time for both of us to start a new chapter in our careers and we’re very excited.

What is the secret to success when it comes to picking a business partner?

Having mutual trust and respect. Debra and I have been friends for a long time and have always looked for new ways to work together. It is a partnership that has grown organically over time.

We share the same ethos to tell the sort of stories that we ourselves would like to see – character-driven, entertaining and commercial….bold voices and smart writing.

How do female led production companies differ in their approach?

I can’t speak for all female lead production companies, but Debra and I are building a slate that we feel has both commercial and artistic integrity.

We often work with female writers and directors and just like Johanna in ‘How To Build A Girl’, we aim to produce movies with strong female roles and empowering content. But we hope the guys will be watching too!

What advice would you give to women looking to get into film and TV production?

Be tenacious and never be afraid to ask what you don’t know. On the other hand, a talent for bluffing also comes in handy.

What else is coming up for Monumental over the next few months?

We recently announced ‘Little Women’ written by Jordan Roberts (‘Big Hero 6’, ‘March of the Penguins’). It’s a 13 part series for ABC is an updated version of the much-loved classic set on a US naval base. The show will star Natasha McElhone (‘Californication’, ‘Ronin’) who executive produces alongside Essential Media’s Simonne Overend and Julie Anne Robinson’s Canny Lad Productions.

Coming up in 2015 on the film side , we’ve also got ‘Taming of the Shrew’, written by Abi Morgan and starring Anne Hathaway along with a plethora of projects on both the film and TV side of things we’re unbelievably excited to be pushing forward with.