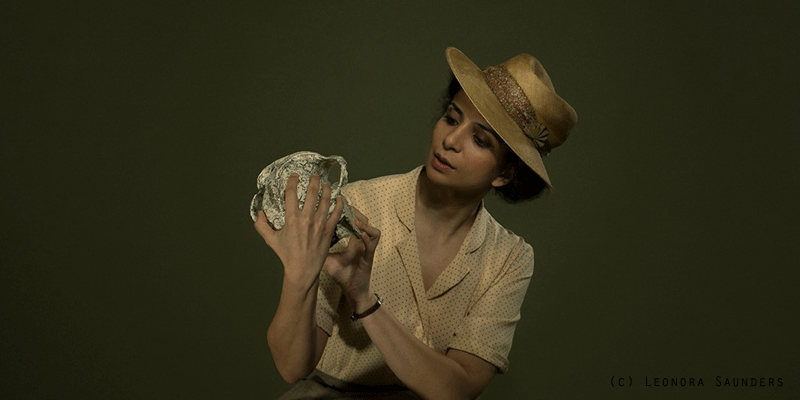 Leonora Saunders is a London-based photographer specialising in portraiture, whose work includes the ongoing ‘10%… and rising’ – a book project photographing and interviewing women working in male dominated professions where women make up less than 10% of the workforce. This and her other work, new projects Raising Horizons and Same But Different, aim to celebrate these women, explore their experiences of being in the minority and challenge our ideas on gender and ability, presenting memorable and inspiring portraits of these often hidden role models in our society.

“…We are surrounded by conventional images of women in very narrow, culturally designed roles – the wife, the mother, the ‘working mother’ (where baby, heels and briefcase are mandatory) etc…”

Leonora, we’ve spoken to you before about your work. For those who missed it, please can you give us a quick reminder of your career to date?

I specialise in portraiture, specifically projects that look to address the inequalities around gender. I am interested in promoting female role models, from women working in male dominated professions to historical figures that have never made it into the history books. Using imagery is an effective and immediate way to draw attention to and highlight these narratives.

Please can you tell us about your latest project, Raising Horizons? 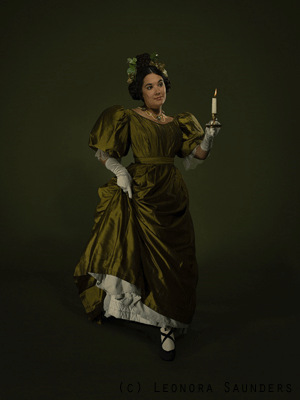 Raising Horizons is a national touring exhibition of 14 portraits of historical female archaeologists, geologists and paleontologists posed by their present day counterparts. Based on archival evidence including original photographs, excavation diaries and letters the show aims to bring these forgotten figures to life, exploring the lives and careers of just some of these women, who went mostly unrecognised in their fields.

Who are Trowelblazers and what was it like working with them?

I have been working with TrowelBlazers on Raising Horizons. TrowelBlazers is run by four early career researchers (two archaeologists, a dental anthropologist and palaeontologist) to highlight the contributions of women in the “trowel-blazing” sciences. Founded in 2013, their website curates over 100 (and counting) mini-biographies, more than 50% of which are sourced from our active and supportive community, including those working in the geosciences, heritage and other related sectors, as well as members of the public.

It has been absolutely fascinating to immerse myself in the archive and learn about these incredible women who achieved so much, despite such formidable cultural and professional obstacles. It makes you realise how important it is to collate and preserve these histories which are so often forgotten.

How did you go about setting up the shoot and creating the images, and what is the messaging behind the work?

There was a very strong creative direction behind this project and knew from the moment I had the idea how I wanted it to look. A lot of research went into the women being portrayed, each portrait reflects a moment in time – a glimpse into the imagined life of each woman.

It was important that these were depicted as accurately as possible so the props, positions and finest details of each costume were all carefully designed based on anecdotes, pictures and reference material that have come together to reflect a true likeness, both in character and aesthetic.

We are surrounded by conventional images of women in very narrow, culturally designed roles – the wife, the mother, the ‘working mother’ (where baby, heels and briefcase are mandatory) etc. There are also huge gaps where women have little or no representation at all – on the walls of our institutions for example.

Projects like Raising Horizons aim to change the way we pigeonhole women into ‘acceptable’ roles and also change our historical narrative, illuminating the women who have worked in areas where there is a conspicuous absence , though not because they didn’t exist but because they have been written out of history.

What are the pros and cons of setting up a crowdfunding campaign?

It is a lot of work! To get people to engage you need to have a good pitch and a film, which is a whole other job in itself. Constant social media (not my strong point!) and promoting it all are vital as well.


When will Raising Horizons launch?

The project launches in February 2017 and will be on show at the Royal Geological Society at Burlington House for the entire month of Feb. It will then embark on a UK tour, locations tbc. You can still contribute to the crowdfunding campaign for Raising Horizons here. The more we raise, the more places we can take the exhibition:

Same But Different with BITC (Business in the Community) also launches in February, at City Hall in London. This exciting new project celebrates and shines a light on the diversity of women in the workplace. You can get involved here.