You are currently reading Issue 25, February 2015
Skip to content 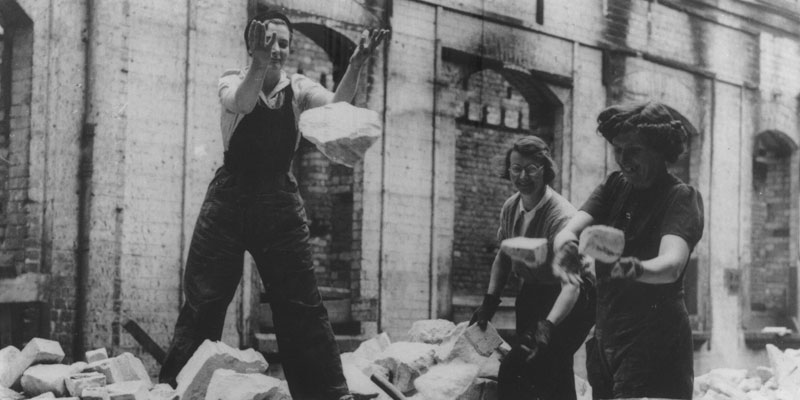 Dawn Bonfield is the President of the Women’s Engineering Society. Dawn has previously worked for the Institute of Materials, Minerals and Mining, British Aerospace and PSA Peugeot Citroën. In 2015 the Society celebrates its 96th anniversary and will mark the occasion on 23rd June with National Women in Engineering Day.

We know that women worked in many manual and technical professions during both the first and second World Wars, but the work that they did on Waterloo Bridge in London has never been officially recognised, and when the bridge was opened there was no mention made of the 65% of women construction workers who brought this bridge to life. We think that a blue plaque to commemorate their work would be a great tribute to this extraordinary effort that has not been replicated in the same proportions since that time.

Commemorating all the unacknowledged work women did during both World Wars

The women who constructed this bridge were carpenters, builders, bricklayers and labourers – all of the trades involved in bridge building. They apparently made up 65% of the workers on the bridge, but didn’t get any recognition for their work at the time of the opening of the bridge, which is why we now want to commemorate not only the work that these women did but all of the unacknowledged work that women did during both World Wars.

The Women’s Engineering Society (WES) has known the story of the Waterloo Bridge for a long time, but got involved with the current call for a blue plaque to commemorate these women construction workers through the Civic Shop that has recently set up at Somerset House by Cassie Robinson and her fantastic team.

WES – through the Electrical Association for Women (EAW) – had some tea towels made in the 50s and 60s to explain electricity to the housewife to enable them to use electrical equipment in the home and free up their time to enter the labour market. We have recently had these tea towels reprinted for sale in the Civic Shop, and it is through this liaison and some revisits to the WES archive (held at Savoy Place) that we came across the story of The Ladies Bridge again.

This year there is another campaign running called 100 Years of Women in Transport, which has also been interested in uncovering the story of the bridge, so it seems as though a combination of events has caused the bridge to come into focus again.

Other projects that relied on women’s efforts throughout history, often without formal recognition

With the recent focus on the First World War we know that women made a huge contribution to the engineering and technological work of the country at this period when the men were away fighting, and we know from records that women were actually instrumental in the re-organisation of some of the factory based processes that were being implemented at the time.

Women were actually brought in after the War as advisers to companies to show them how process improvements could be made, and were very successful at producing cost and efficiency savings. We have many records which show how women were involved in the munitions work of the war, the building of aircraft wings, and the highly skilled roles of optics, welding and machining.

At WES we have an outreach initiative called Magnificent Women (and their flying machines) that we take to schools to show girls how women were involved in engineering as long ago as the First World War, and we give them a research exercise to look up the achievements of other women who have worked in engineering since that time.

It is only by documenting and retelling these stories that girls will come to realise that they are not the first ones to follow this path, but in fact they are following in footsteps of some truly awesome women of the past.

Addressing the STEM opt out rate for girls

WES has two current initiatives that we are encouraging our supporters to get involved in. One is called Sparks, which is a mechanism to provide ongoing encouragement for girls who express an interest in STEM, and seeks to address the STEM opt out rate for girls during the critical teenage years, through a targeted stream of communication.

We are encouraging all girls interested in STEM to sign up to this feed of information in the hope that this will provide the ‘nudge factor’ that keeps these girls on track to careers in engineering. If you know any girls or teachers who could benefit from this then do let us know.

The second project is aimed at women returners, as we are conscious that many STEM qualified women do not return to STEM careers after their maternity break. We are supporting an online returner’s course being developed by the Open University, and also the encouragement of ‘returnship’ programmes in engineering to enable women to return to the world of work in a managed, structured and low risk short term contracts.

Finally, and in relation to this particular work, we would like to set up a group which represents the work that women did in technical roles during the First and Second World Wars, as we feel that we are the most relevant organisation to represent these amazing women. Anyone interested in helping us to do this, please get in touch by e-mailing office@wes.org.uk.

Film-maker Karen Livesey has made The Ladies Bridge, which explores why these bridge builders and 24,000 other female construction workers have been written out of history. Order your copy here.

There is an event coming up on the Ladies Bridge on 9th March at Somerset House organised by Cassie Robinson and her team, where the documentary will be shown and a panel discussion follows. 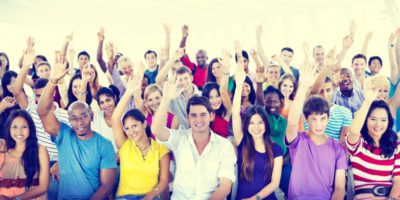 Harnessing LinkedIn’s Volunteer Marketplace to create social good in your community and get ahead in your career – Alison Dorsey, Social Impact Manager 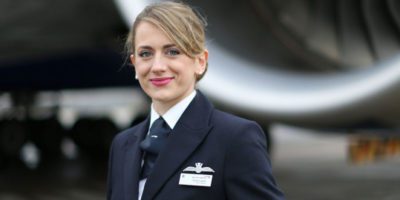 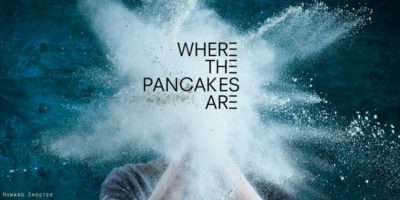 Flippin’ tasty: Patricia Trijbits, Founder of pop-up restaurant WHERE THE PANCAKES ARE… on how she’s taken inspiration from around the globe to create a new, fast and fresh food concept