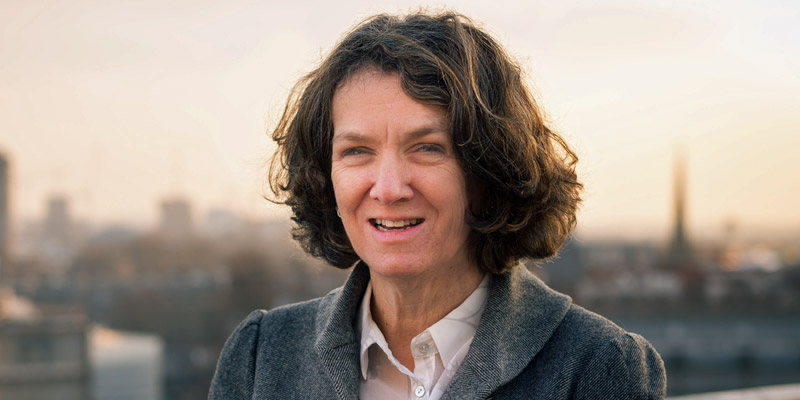 Michèle Dix started her career at the Greater London Council (GLC) after completing a Civil Engineering degree and then went on to complete her Ph.D. in Transport and Land Use Planning at Leeds University. Michèle eventually became a Chartered Civil Engineer through the GLC’s Transport Planning graduate scheme, and six years later she moved to consultants Halcrow Fox where she became the Board Director of Urban Transport Planning. In 2000, she joined TfL as Co-director of Congestion Charging, later developing the Low Emission Zone before becoming Managing Director of Planning in 2007 to lead TfL’s strategic thinking on the future transport needs of London. 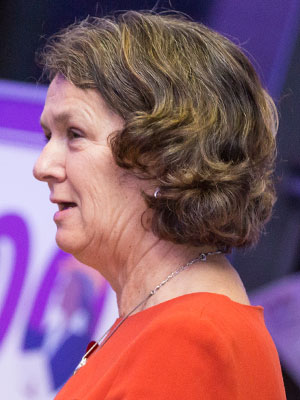 Michèle is now heading up Crossrail 2, a proposed new railway serving London and the wider South East. It would connect the National Rail networks in Surrey and Hertfordshire via new tunnels and stations between Wimbledon, Tottenham Hale and New Southgate, linking in with London underground, London Overground, Crossrail 1, national and international rail services. It will add capacity to the regional rail network, cutting journey times across the South East. It will also support economic regeneration by providing the infrastructure needed to support 200,000 new homes and 200,000 new jobs. Work on Crossrail 2 is due to start in 2020 and it is set to open in 2030 with economic growth expected far beyond the proposed route of Crossrail 2.

This transformative new railway will help drive growth in jobs and housing and add billions of pounds to the UK economy as well as providing much needed extra rail capacity to meet the needs of our rapidly growing population. Crossrail 2 will provide a UK-wide economic boost supporting hundreds of thousands of new homes and jobs. It is also vital to meet the demands of London’s rapidly growing population.

Building on the role of women in engineering and construction

Women played a crucial part in keeping the transport network going during the First World War and it is vital that their contribution is celebrated and, even more importantly, built upon. Today, women have a central role within our organisation and industry, helping to keep London working and growing and improving our quality of life both now and in the future on projects such as Crossrail 2, the Silvertown Tunnel, the Ultra Low Emission Zone and many schemes to promote walking and cycling.

Homes, jobs, productivity and economic growth could also be boosted far beyond the proposed route of Crossrail 2

Crossrail 2 is keen to build on the success of Crossrail 1, a project in which woman made up nearly a third of the workforce. The largest construction project in Europe it was ambitious in trying to change industry perceptions and make its workplace more welcoming for women. Efforts to attract more women into engineering on Crossrail were marked by a special ‘Women delivering Crossrail’ event at the House of Commons on Tuesday 19th January 2016. The team has challenged the language used on site, connected Crossrail female role models with girls forming career plans, and carried out visits to schools and careers events.

The Young Crossrail programme has reached over 36,000 school pupils, teachers and parents, and a close partnership with the not-for-profit organisation Women in Construction has helped make construction an exciting and attractive career option for women. By comparison, across the construction industry, just 11% of employees are women, including those in office-based roles, and only 6% of engineers are female.