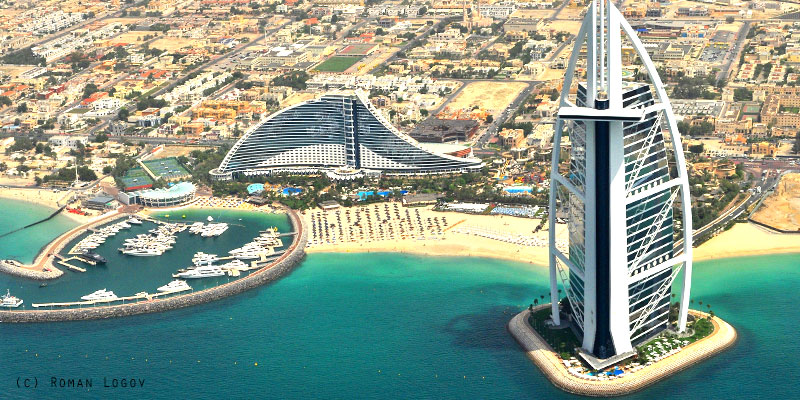 Isobel Abulhoul OBE moved to Dubai in 1968 and began her career as a primary school teacher, before founding Al Ittihad School with her husband. Not satisfied with that achievement, she went on to launch Magrudy’s, one of Dubai’s biggest bookstore chains, before establishing the Emirates Airline Festival of Literature in 2008 — now the biggest event of its kind in the region. Then in 2012, Isobel, who is also founder of Jerboa book publishers, was awarded the Order of the British Empire (OBE) in recognition of her years of service to education and British literature in the UAE.

“…I think that International Women’s Day helps us think a little about where we have reached in terms of equality … it is important that we don’t lose sight of the other half of the equation, and consider the balance…”

Isobel, we’ve spoken to you before. For those readers who missed this, please could you give us a quick recap on your career to date and how you came to set up the Emirates Airline Festival of Literature in Dubai?

I arrived in the UAE in 1968 and taught at Dubai Infants School. Since that time, apart from a brief spell when the first two of my five children were very little, I have focused on education, books and publishing, including co-founding Magrudy’s in 1975 and helping found the Al Ittehad Private School the same year.

The idea for the literary festival came out of a chance conversation, and immediate support for the event from Emirates Airline and Dubai Cultural Council, now Dubai Culture.

We are constantly inspired at the Festival by HH Sheikh Mohammed Bin Rashid Al Maktoum, Vice President and Prime Minister of the UAE, and Ruler of Dubai. HH Sheikh Mohammed is a poet and writer himself and he has worked tirelessly to improve literacy in the region and the wider Arab World.

It has always been a burning desire of mine to get as many people to fall in love with books and share my passion, as possible. The first Festival took place in 2009, over three days and 65 authors. For 2017, it will run for nine days and 180+ writers from around the world will be participating. I think the numbers speak for themselves.

We last spoke to you in 2015. How has the Festival grown since then?

The Festival has grown into the largest award-winning dedicated literature festival in the Middle East, and each year, a key attraction is the diverse, international group of writers who attend and connect with the multicultural audiences from the region and tourists as well. In 2017 the number of authors has exceeded 180. The Festival has grown to nine days, with audience numbers expected to be reaching more than 40,000.

What are your plans for the Festival in 2017 and which writers are attending?

Every Festival has a different flavour, and with each amazing band of writers, and there is always a special synergy between authors. Every single author appearing this year so deserves a place on our events list, and will delight and inspire audiences.

Just how we roll pic.twitter.com/kkC2dpv0WD

Each year we do plan special events that generally involve food! Check out the afternoon tea created by Great British Bake Off 2015 winner, Nadiya Hussain, the lunch hosted by Nisha Katona, and the return of fan-favourites the Murder Mystery Dinner and Desert Stanzas, plus a brand-new event ‘Spices on the Silk Road: A Supper Club Discussion with Peter Frankopan and Sabrina Ghayour’.

We did it, nerds! We took the #WhiteHouse! Thank you @POTUS @vj44 & the #WHCWG for the incredible honor! pic.twitter.com/c2xFzFocqz

The new Comics and Animation Strand, which will feature Ms Marvel co-creator, Sana Amanat, and Freej animator, Mohammed Saeed Harib. The Gaming and Technology panels will cover a range of topics including Elon Musk, the impact of social media and the games industry.

Visitors can also enjoy a live ‘radio play’ reading of an author’s work. Leila Aboulela’s Mystic Life, an adaptation of a short story from her book, Coloured Lights, and originally adapted for BBC Radio 4, will be performed as part of a session performed by local actors.

And, for those wishing to commemorate the 200th Anniversary of Jane Austen’s death, the master of Austen adaptations for the big screen, Andrew Davies, will help us to celebrate her storytelling and favourite characters such as Elinor Dashwood, Elizabeth Bennet and Mr Darcy.

I can guarantee that there truly is something for everyone at the Festival!

What are your tips about setting up a new event from scratch and gathering the necessary funding to get things off the ground?

Choose something that you are knowledgeable about and have a passion for. Be sure to understand the importance of reputation and trust, if you want to be supported. Allow enough time to plan and gather at team of like-minded people are all key points in my mind.

The world of literature is extremely competitive. Many female authors throughout history have famously used male pen names in order to get their work published. Are things getting any better today?

J.K. Rowling is an example of a modern writer, not declaring her gender as a writer. I think that publishers think that males, young and old, prefer to read books written by men. Publishers also influence readers by making covers either girly and pink, or gruesome and action packed. That is out of the writer’s hands.

What are your perceptions of progress towards gender equality in Dubai and the United Arab Emirates more broadly, and why is International Women’s Day still so important?

I think that International Women’s Day helps us think a little about where we have reached in terms of equality. For the first time, we have included a session for men, as it is important that we don’t lose sight of the other half of the equation, and consider the balance.

How is self-publishing and the rise of eBooks disrupting the market and making it more accessible for new writers?

It is definitely easier for anyone to get his or her book published, but is it a good thing? Not always. The publishing industry involves so many skills and I believe writers would be wise to be published by a reputable publishing house, which will take the manuscript through the entire process, and deliver a good product.

What is coming up next for you and the Festival?

Ask me that question once this Festival is finished!