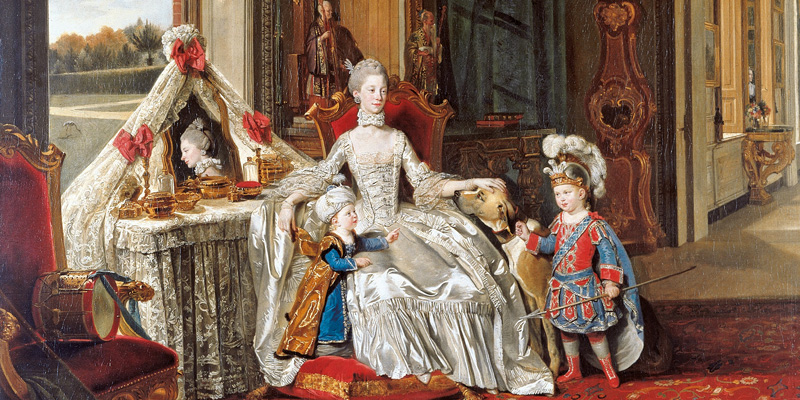 Polly Putnam is the collections curator responsible for Hampton Court Palace and Kew Palace. She helps uncover the stories of the people who lived and worked in the palaces and find ways of displaying objects to help tell those stories. She specialises in post 1700s works of art and she is particularly fond of silver and glamorous textiles. 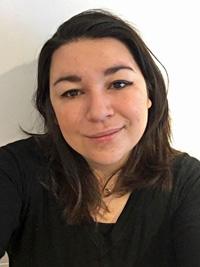 “…She had a scientific brain, so tended to take a rational approach to things. I think, in secret, she used that rationality to begin to question whether her role and nature as a woman was to be inferior to men…”

Turning what I am good at into something beneficial in society

I’ve always had this odd belief that every single person should want to be a doctor, or a nurse or a fireman because saving lives is about the most useful thing you can do. I’m incredibly squeamish and not too strong so I couldn’t do any of those things.

However, I realised that I was quite good at both generating and absorbing knowledge quickly and not too bad at making difficult concepts easy for people to understand. I also really love the history of culture and the history of art and design. So, being a curator was a way of turning what I love and what I am good at into something beneficial in society, albeit in a very simple way of helping people to have most importantly a nice day but one where perhaps they might learn something new or think about something differently.

To get where I am I studied hard and gained a master’s degree in history of design. Throughout my course, I ensured I volunteered a lot in museums, gaining as much experience as I could. In 2006, I became assistant curator in decorative arts for Leeds Museums and Galleries, based at Temple Newsam House. I worked there for six years and then in 2012, I became the collections curator for Historic Royal Palaces.

In my role every day is different. In general, I manage and care for the collections at Kew and the nineteenth and twentieth century collections at Hampton Court Palace. This means ensuring that they are well researched, and also thinking about the future of the collection which sometimes means buying something from an antique dealer, or collector or even bidding at auction.

Curators are also the knowledge keepers of the palace so it means providing and sometimes generating information that we use to understand or palaces and to present them to the public. I give tours and talks, research and publish. Tomorrow though, I’m sticking a hard backing onto paper labels with double-sided sticky tape, so that they are ready for installing an installation next week, I’ll probably end up giving the glass display cases a polish too. So, it’s quite varied!

Looking very forward to talking about @HRP_palaces best building for @LDNGardensTrust not any of the Palaces but the very gorgeous Queen Charlotte’s Cottage pic.twitter.com/drb0e6Nn2T

I actually just like seeing the reactions people have to a room or a display I’ve curated. It’s good to make people smile. Most people have quite tough lives, some people have horribly difficult ones. It’s important that there are spaces in the world which aren’t political, aren’t connected with their jobs, or the authorities that are beautiful and interesting that gives people space to think and enjoy themselves.

As a society, we underestimate the importance of having a nice day, so I’m just pleased I can make a bit of a difference.

The woman of history I’ve chosen to celebrate is Queen Charlotte, who was consort of George III. It’s tempting sometimes to pick a really remarkable woman from history who has been a trail blazer or challenged gender roles. In many ways, Charlotte is the opposite.

She was the ‘ideal’ queen – she was pretty but not sexy, she was meek, she was mild and she did her best not to interfere with affairs of state. She also had fifteen children, so she fulfilled her primary role which was to provide an heir to the throne.

What I think is really remarkable about her is the constant effort she put into all of her duties, and her life-long commitment to educating herself. Her personal library contained nearly 400 books and she became a keen botanist. She also surrounded herself with interesting and educated women.

She had a scientific brain, so tended to take a rational approach to things. I think, in secret, she used that rationality to begin to question whether her role and nature as a woman was to be inferior to men. She wrote to her best friend: “I am of the opinion that if women had the same advantages as men in their education they might do as well.” This was quite subversive thinking but for Charlotte it would have been the natural conclusion to her scientific studies.

Complex relationship with the media

Charlotte was the first queen to have reigned when Britain had a fully-fledged print media. She spent her whole reign (1761-1818) in the media’s glare. In some instances, she tries to control her image, endorsing the publication of prints which show her as a wonderful mother or a beautiful young queen.

She is also subject to abuse in the print firstly when she gets older but also when there is any hint that she might be becoming involved in politics. Poor Queen Charlotte, when her husband becomes too ill to reign between 1789-90, she becomes the most important royal by default, and so has to consult with cabinet ministers. 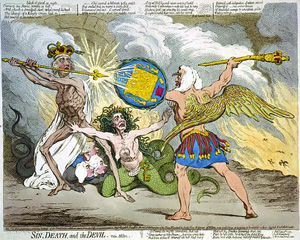 The media hate her and pillory politicians for this, accusing the prime-minister of running a petticoat administration, and Charlotte is famously portrayed by the great satirist Gillray as a horrific medusa figure with shrivelled breasts and snake-like hair. I think essentially, she was subject to the same scrutiny as many women face in the media and was subject to both sexism and ageism.

The good thing is that museums and heritage tend to be welcoming environments for women to work in. Most have good maternity policies and are quite good at flexible working. The bad thing is that whether you are male or female it’s a very difficult field to get a job in.

Most roles require advanced degrees and also a lot of experience, which tends to be unpaid. Entry level salaries tend to be very low as well. So, it’s definitely a job you do for love, not money.

I’d also definitely advise people to not only look at the national museums for jobs or experience. Regional museums tend to have fewer staff and so need more help, so you get better experience and get a chance to do more things in a smaller museum. It’s a good way of building up your CV quickly.

I have two big projects opening this summer. One is a display at Kew Palace about Queen Charlotte which opens on Good Friday. The other is the completion of the restoration of the Great Pagoda, also at Kew which opens in the summer. I did the research informing the design of the eighty dragons which are going to be restored to the building. The next big project is an exhibition at Kensington which opens in 2019, all about Queen Victoria.