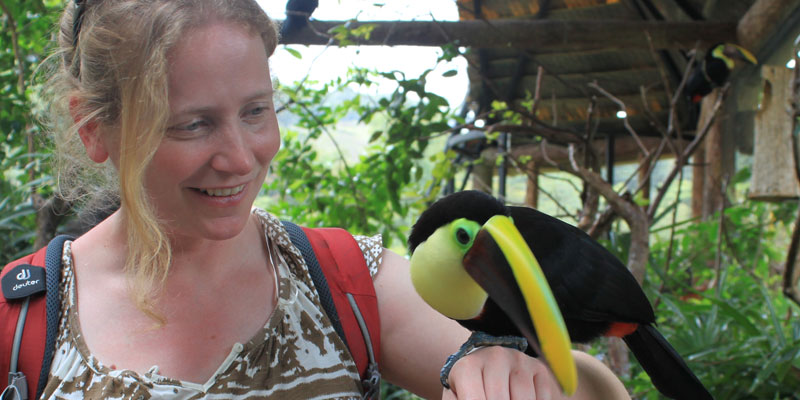 Dr Monika Böhm is a postdoctoral research assistant at the Zoological Society of London, where much of her work focuses on the Sampled Red List Index (SRLI), which helps assess global patterns in extinction and threats to global biodiversity. She also supports the National Red List Project which, amongst other things, tries to push forward the development of National ‘Red Lists’ for conservation planning, and climate change vulnerability assessments for species such as reptiles. 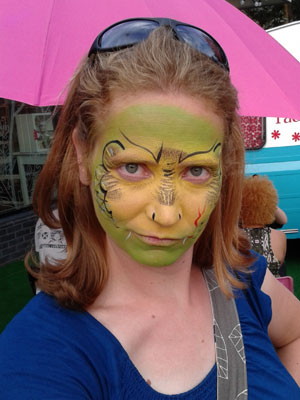 Monika spoke at the London Soapbox Science event in 2015. The title of her talk was: “Red listing LIVE: Why some species are more at risk of extinction than others – and why it matters.”

I have been interested in the natural world for as long as I can remember. I grew up next to forests and fields, so was always outside poking around for creepy crawlies. My parents didn’t precisely discourage this either – they regularly took me to the zoo and local wildlife parks and on many occasions despaired because I would not move on from an enclosure or tank until I had spotted all the different species that were meant to be within it!

There was even some positive reinforcement, as on occasion I was allowed to stay up longer for specific animal programmes on TV – what’s not to like?! Despite this, when I grew up I never really considered a career in science. I kind of “fell into it” when I came over to the UK to learn English as an au pair. 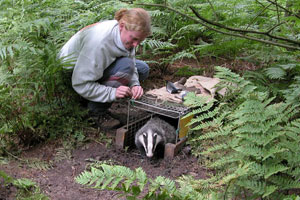 I fell in love with the country and the more streamlined degree system (compared to Germany) appealed to me – particularly the ease at which to get straight into my preferred subject of zoology! After my undergraduate studies in Aberdeen, I decided to do a Masters course in Ecology and Environmental Management in York – this is where I met my Ph.D. [Doctor of Philosophy] subject, badgers, and from then on, there was no looking back.

Another stroke of luck and I ended up at the Zoological Society of London as a postdoctoral researcher – admittedly a world away from my badgers, but with new and interesting things to learn about on a daily basis!

The Red Listing process provides us with objective criteria to estimate the extinction risk of species. The criteria take into account a number of different factors which increase extinction risk of a species: small and / or fragmented distributions, declining populations, small population sizes, and of course the presence of threat processes (such as overhunting, habitat loss, pollution and so on)…

The process itself is very work involved – we need to collate all the information we can find for each of the species we are assessing. We use this to come up with draft assessments of extinction risk for each species in our assessment. These are then scrutinised by species experts most often in workshop scenarios (I love these workshops! There are always so many interesting new people to meet and learning about all these weird and wonderful species makes this job so worthwhile!), where we agree on the Red List category (so the level of extinction risk) for each species.

These assessments are then submitted to the IUCN Red List of Threatened Species, which is the most comprehensive assessment of the extinction risk of a large number of species (so far more than 70,000 species have been listed on the IUCN Red List!).

So when I work on these assessments, how many species am I looking at? For the purpose of the Sampled Red List Index, to be broadly representative of biodiversity as a whole, we are assessing random samples of 1,500 species for a large number of different species groups – I am particularly focussing on invertebrates which make up the bulk of our biodiversity.

So far we have assessed a large number of freshwater molluscs, reptiles, dung beetles, crayfish, fish etc. Doing these assessments means that we can compare relative risk levels between groups, find out where threat is highest, which groups are most threatened and which threat processes have the most devastating impact on our species – you may have read some of the headlines, for example that one in five reptiles faces extinction. We can then use this information to inform policy and conservation actions needed to safeguard our species. 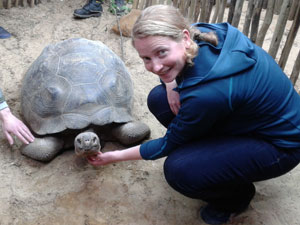 During my Ph.D. I did a lot of fieldwork, which I enjoyed a lot, but my current role is very much desk and office-based. In fact, scientists spend a large amount of time in front of the computer, crunching numbers. My current objectives are to find ways in which we can make the process of extinction risk assessments easier.

At the moment, the process is very work-involved, which takes a lot of time when you are assessing as many species as I am hoping to assess for the Sampled Red List Index. One way of facilitating the process is to determine which factors (which may be specific to a species) are increasing its extinction risk.

For example, in some species groups we find that large species are at higher risk of overhunting than small species, and small species are at higher risk of habitat loss, for example. Coupling species-group specific knowledge with information on threat processes (for example using threat maps to determine where certain threat processes are particularly prominent), we can find ways in which we can make assessments for species easier.

Another objective which is related to this is to fill gaps in our knowledge of certain species – why do we know more about one species than another one, and how can we go about filling this knowledge gap? Although I said I am not doing any fieldwork these days, I do get to travel quite a bit – primarily to provide training in Red Listing and extinction risk assessments. This is probably the most rewarding part of my job – helping to build capacity in countries so they are able to assess their native biodiversity and ultimately come up with the right conservation action to safeguard their species.

We need to look at overall equality: Science is for everybody

The department I work in is probably running against the common stereotype, as we have many female researchers here at the Institute of Zoology. But in the wider scientific community, top jobs are often still male dominated, which probably keeps the stereotype of science being male dominated alive. But I think more importantly, we need to look not just at gender equality in science, but overall equality.

Science is perceived to be white male dominated, and probably also with a bias toward more privileged backgrounds. But science really is for everybody – we all have questions about the natural world that we like answers to, so it shouldn’t just be limited to a few of us to choose science as a career path. 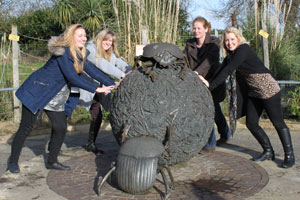 I think it is vital that science classes at school are tangible and applied – why do we need to learn about science? Science shouldn’t be a simple ticking off of subjects on the syllabus.

When I was at school, I was quite disillusioned with a lot of the science classes as often the teacher didn’t take the time to explain why knowing certain things matters. For example, in maths, why do I need to know calculus or matrices? Only later was I told the relevance of these things.

To encourage more girls into science we need to show young girls positive female role models for a career in science. If we keep clinging on to the old stereotypes, we will continue to have male dominated science into the future, as a sort of self-fulfilling prophesy. If we highlight the contribution to science of people of different gender and backgrounds, then we can achieve change. Soapbox Science is doing this!

Not all scientists wear socks and sandals…

As scientists, we probably have been guilty of skirting around public engagement in the past – we are probably not natural born communicators when it comes to interacting with the general public, but it is absolutely vital in this day and age to both engage and inform.

Particularly to show that not all scientists (particularly zoologists and ecologists like me) wear socks and sandals (I hardly know any – do you?), to highlight the immense contribution of women to science (and to science communication – maybe we are natural born communicators after all), to increase scientific literacy and to gain public support for what we do! Being a soapbox scientist gives me the platform to (hopefully) help a achieve all of these!

I will be talking about the science behind the headlines on biodiversity loss and extinction risk. We often read about species going extinct or teetering on the brink of extinction, of one in five reptiles being threatened with extinction or nearly a third of all crayfish. But how do we know this?

This is not covered by the headlines, nor the news stories that go with it. I am hoping that talking about how we know what we know about threat levels in species will help increase general understanding of the critical situation many of our species are facing. I hope the session will be fun, informative and most importantly interactive!

Putting together my “bag of tricks”, including a Red List version of Top Trumps 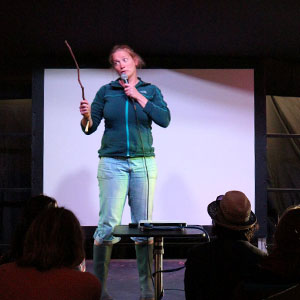 At the moment, I am planning which props to use to bring Red Listing to the general public. It’s not a “happy” subject, but I don’t want to cause people to become overwhelmed by bad news.

I am hoping to put together a “bag of tricks” from which I can draw to explain why it is important to know about species extinction risk. And I am trying to prepare specific examples from a large number of different species to engage people with – I think there will be a lot of interactivity to test the general public’s understanding of threatened species. Don’t worry, nobody will be singled out, most of it will be done by vote, or a Red List version of Top Trumps!

“Gorilla versus Human” – interactivity is key

I think interactivity is key, plus the fact that I can draw from a large number of weird and wonderful species to illustrate why some species are more threatened than others. I assume most people are as fascinated by the natural world as I am, so hopefully getting the audience interested will be relatively straightforward. There will be some surprises I hope, not least a game of “Gorilla versus Human” to illustrate concepts of extinction risk! And who doesn’t like a game or two?!

Informative animal fun! We’re looking forward to seeing you there.