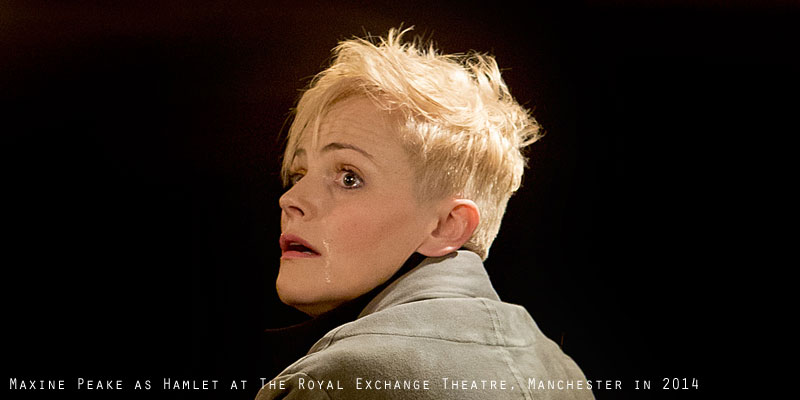 Sir Peter Bazalgette is Chair of Arts Council England and is President of The Royal Television Society. He is the former Chair of English National Opera, was on the Board of Channel 4 and was Chief Creative Officer of Endemol, having devised several internationally successful television formats. He has a number of digital media interests, serving on the Boards of YouGov, MirriAd and the Advisory Board of BBH.

On the 8th December 2014 Sir Peter Bazalgette gave a speech during an event at Sadler’s Wells theatre, marking the adoption of the Arts Council’s Creative Case for Diversity and placing responsibility on every funded organisation to make their programme of work more reflective of the communities they serve.

Today I’m committing the organisation – which belongs to all of us – to a fundamental shift in its approach to diversity. The plain fact is that despite many valuable, well-intentioned policies over the past decade, when it comes to diversity, we have not achieved what we intended.

We are not doing well enough. What do I mean by that? Well, we fund art and culture with public money, for the benefit of all; so the work we support should draw on all Britain’s talents. Britain’s got many, many talents. And our work should reflect and engage with all our talent and communities. That’s how we’ll ensure work of true ambition and enduring quality.

For years, we have tried to promote diversity, without grasping how complex it is… We need to think about programming, the workforce, leadership and audiences, and how all these are interrelated.

We all agree that we can and must do better. I’m going to say how, by outlining new initiatives – and re-affirming existing ones.

It is a fact that women outnumber men as leaders across the cultural sector, and we have influential all-women teams at some of our leading venues – such as the Royal Exchange, Manchester, the Liverpool Everyman and the Donmar Warehouse in London.

One of my highlights last year was Graeae’s production of Iron Man, which I caught in Ipswich. And I also loved Maxine Peake as Hamlet at the Royal Exchange Manchester.

As an arts and culture sector, if we don’t drawn on that diversity, we’ll lack new talent and fresh narratives.

In economic terms, we have a creative sector that is growing at three times the rate of the economy. It needs ideas, revenue streams and audiences from this diverse society.

Drawing on diversity to avoid becoming ‘male, pale and stale’

As an arts and culture sector, if we don’t drawn on that diversity, we’ll lack new talent and fresh narratives. We will, as Jenny Sealey put it, become ‘male, pale and stale’

So, in talking about diversity, we’re talking about the future of our arts and culture – and our nation. It’s an issue of national importance, and the political parties recognise this.

What we are going to do

This brings me to that fundamental shift I referred to at the beginning. From 2015, measured action on diversity in arts and culture goes mainstream. We have already had plans for this from the 670 NPOs [National Portfolio Organisations, Arts Council England’s larger funded organisations] that are being funded from March 2015 to 2018.

They have all signed up to what we call the Creative Case for Diversity. This is their commitment to make their work appeal across their communities. Call it accessible programming, if you like.

Diversity isn’t an obligation but an opportunity

The Creative Case requires that diversity is not seen as an obligation but an opportunity – a long-term asset that will enhance talent, resilience and income. It demands that our arts make progress in reflecting the nature of our communities; giving a voice to everyone, irrespective of background, ethnicity, gender, sexuality, age and disability.

We expect the bigger organisations to play a leading role. And I’m very pleased that we today we have the leaders of some of our major companies – including the English National Ballet and the National Theatre – who’ll be telling us how the Creative Case will shape their work.

Diversity in ten years from now: No longer an aspiration but a reality

In conclusion let me remind you of two simple points. When we invest public money in arts and culture it must be for the benefit of all the public.

And to deliver the most exciting, inspirational and, yes, excellent, art for everyone we must draw on the best talent from every part of our country, and think about every aspect of our work, and how it is all interrelated.

How the diversity of our programming gives ownership to our audiences; how that will inspire young talent, and how they’ll become our future generation of cultural leaders.

The Arts Council is not the creator; it’s the facilitator. It depends on the commitment of our world class arts and cultural organisations.

I believe we have that commitment. So let’s make it happen. We really can do this. If we make this work, diversity – and I’m talking ten years from now – will be no longer be an aspiration. It will be a reality.

The event also featured a lively debate chaired by BBC Radio 4’s ‘Frontrow’ host Kirsty Lang, featuring a diverse panel from across the arts and culture sector including: