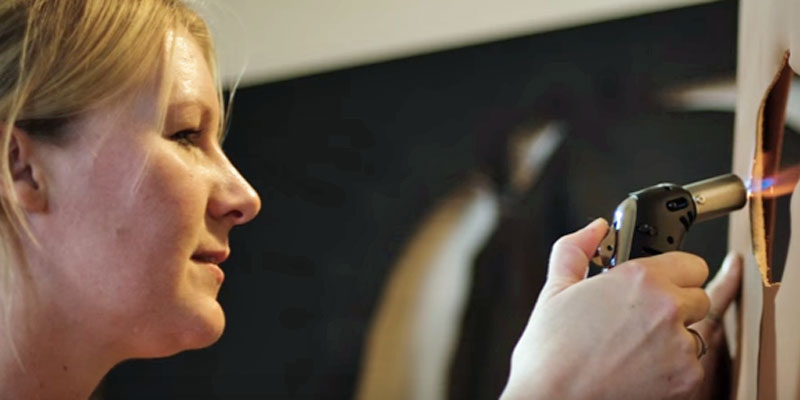 Claire Lawrence is regional campaigns officer (RCO) for RNIB (Royal National Institute of Blind People) for the East Midlands, where she has worked for the past seven years. She was registered partially sighted when she was 16 and then registered blind at 18, and Claire is passionate about improving accessibility and independence for people with sight loss. Claire goes to the gym regularly and has recently started training in mixed martial arts, as well as being an accomplished artist, producing tactile and accessible contemporary work. 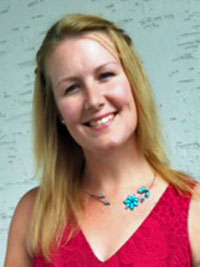 “…I’m told regularly: “You don’t look blind”. I’m hoping that improved awareness will remove the stereotype of what a blind person is supposed to look like…”

Joining the RNIB – a happy accident

Joining RNIB was a happy accident. After graduating university I had a sharp drop in vision and felt that I needed to train in different access technology to enable me to join the world of work. I did a six week intensive training course for adults at RNIB College Loughborough. There I learnt to use JAWS, which is speech software for the computer. I also learnt a number of other different coping mechanisms.

During this time an admin job at the college came up – I applied and luckily got it. A year later I worked in a business development role, and then the following year the campaigns officer role opened up. I never really intended to work at RNIB, but doing a job that enables me to make positive changes for visually impaired people has been very rewarding. The team I work in really makes the job what it is – we are all very close despite being based around the country.

Responding to the needs of visually impaired people

My role is incredibly varied. As a regional campaigns officer I have to respond to the needs of the visually impaired people within the five counties I cover. This could be issues with crossings, advertising boards, cars on pavements, or arranging a meeting with their local MP. I am also called to do a lot of media work, so I’m a regular face and voice on the local radio and TV stations.

On a national level the campaigns team works on welfare reform and larger issues, for example recently we lobbied Parliament against the proposed changes to employment support allowance (ESA). Within my role I manage a number of visually impaired volunteers, they support and often lead on their own local campaigns.

Rediscovering my love of art 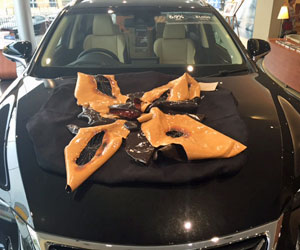 I’ve always loved art and being creative. When I was diagnosed with my eye condition at eight years old I was told by a careers advisor that my dream of becoming an artist was impossible. In some ways I did take this to heart, hence having a successful career in campaigns.

However, I did still go to university and study Fine Art. After university I focused on getting a job and a house and growing up, the art pretty much disappeared. It’s only been in the last four years that I’ve really got it back again and it’s going really well. I focus on tactile art and process painting – this is where the process of making the work is as important as the final piece.

I gained my recent bit of fame from my Auto Somal work – they are layered canvases which are burnt, stitched and varnished. The delicate layers are meant to represent my deteriorating retina. This work was seen by Lexus, who commissioned for me to do a short film and a similar process but using the company’s leather. To read more about all my work please visit: www.sightlessvisionart.co.uk

I think sport is extremely important in challenging society’s perception of disability. When I trained as a gym instructor I was training with a group of guys with varying disabilities. We all learnt so much about each other’s lack of limitations and I found new and interesting ways to adapt machines and equipment to suit any disability. 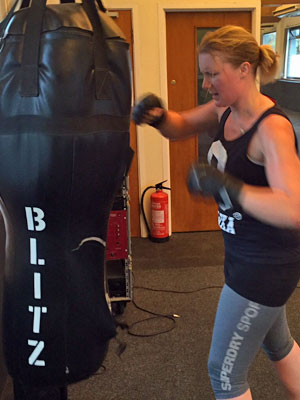 Recently I’ve started having personal trainer sessions. My trainer is Dan Powell who attended the Paralympics in 2012 for Judo and is also severely sight impaired. Dan is training me in mixed martial arts (MMA), and within this we’re doing boxing, bag and pad work and throws.

If I’m honest, this sport has really got me doing things I never thought I could. We work well together and with Dan’s understanding of sight loss and the sport, we seem to make a good team. I guess I get the same reaction for my MMA as I do to me using a blow torch in my art work, it’s just something sighted people don’t think blind people can do. I hope that reading this type of article might make people think twice.

As part of my job I often carry out visual awareness training sessions. These can be for school children, MPs, doctors or anyone in the service industry. Within these sessions I include language and terminology. It’s a minefield out there and I think because people care they often stumble and say awful things. Saying “see you later” or “what did you watch on TV last night?” are not bad things to say to a blind person – they are humans they understand language. They also have a life and most likely will have watched TV.

The #HowISee campaign from RNIB aims to improve people’s understanding of the different levels of sight loss and how someone who is registered blind can often still see a small amount. I have done a vlog for this campaign where I speak about my own issues and one of the weirdest ones I have is I’m told regularly: “You don’t look blind”. I’m hoping that improved awareness will remove the stereotype of what a blind person is supposed to look like.

It’s not all about role models

I don’t really have any role models – I have artists I love, and sports people that I think are amazing. Recently I have met a number of awesome visually impaired people through my art. I’ve met Aaron McPeake, who is an award-winning artist. Through my gym I remain friends with the colleagues I did my InstructAbility course with who are still working hard in the gym arena, and also my new trainer Dan Powell who has helped to push me further. Fundamentally, a great family and amazing friends are all you really need to help inspire you and keep you moving forward.

Up and coming projects I’m excited about

For RNIB I’m working on a new vlog piece for #HowISee. This will show me moving around doing pad work for my mixed martial arts. We’re also focusing on improving rehabilitation services throughout the country and trying to remove street clutter.

September could be a big month for my art, I’ve been asked by Aaron McPeake to work with him on a potential exhibition in London and another in Leicester – we should hear about that at some point in September. An exhibition in London would be a dream come true. Currently within my art I am smashing tiles and creating very dangerous jigsaws on table tops – check out the ‘Cracked’ section of my website.

With the gym, I’m going to keep on fighting, along with improving my technique, I’m really hoping to get some good abs!