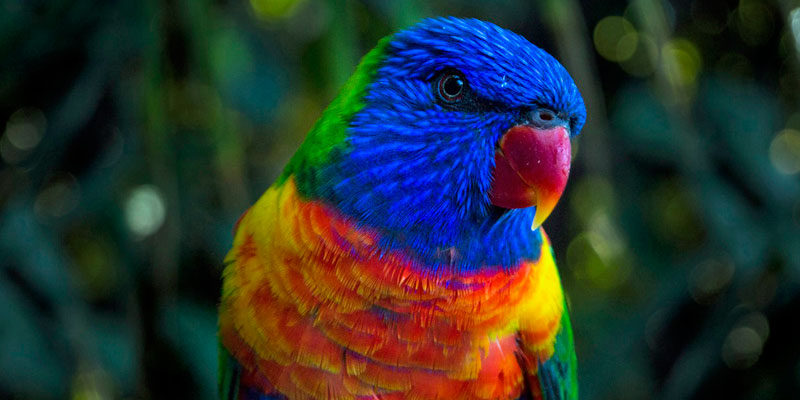 Dr. Alienor Chauvenet is a post-doctoral research fellow at the University of Queensland. She is a quantitative ecologist who works at the interface of ecology, species conservation and mathematics, and her research focuses on how to optimise land management decisions for conservation purposes at the regional, national and global scale, and how we can measure the biodiversity benefits of these decisions. 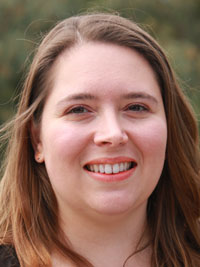 Around the world and back again

Originally from France, I did most of my studies abroad, including a B.Sc. at the University of Queensland in Australia, and an M.Sc. in Conservation Science and Ph.D. in Ecology at Imperial College London. After that, I worked for the British Government in the National Wildlife Management Team as an ecological modeller for almost two years. While I enjoyed being a government scientist, I missed some aspects of academia. In 2014, I took up my current position of postdoctoral research fellow at the University of Queensland.

Thinking back on my career so far, it feels like I fell into science, ecology, and then conservation more or less by accident. I actually struggled in high school, and my best subject was life sciences. Combining that with my love for animals, I decided to pursue a degree in environmental sciences. 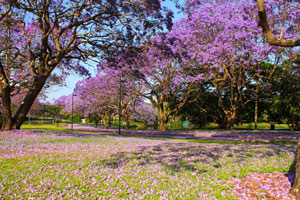 Stunning Jacaranda trees on campus at the University of Queensland

As I always wanted to live abroad, instead of going to a traditional French university, I entered a programme which allowed me to transfer to a foreign university to complete my degree. I fatefully chose the University of Queensland, where I became an ecology major, and actually met my current boss to do my Honours project in his lab on conservation issues.

He introduced me to mathematical ecology, programming, conservation decision-making and set me on a path that would lead to academia. After that, I owe my career to hard work, good mentoring and a lot of luck.

Bird, plant or mammal – there’s data to be analysed and decisions to be made

The view from my office window

When people hear ecologist or conservation scientist, they usually think field work, tree hugging and bird counting. For me, however, it means working with data and models at my computer. Truthfully, I don’t care if it is bird, mammal, plant or habitat data, I love looking at them all.

My usual day involves some kind of data analysis using statistics to understand what is going on or building simulations to test ideas. I also work on scientific articles and sometimes on publications for non-scientists, help out my students with their own analyses or writing, and carry out various tasks I have volunteered for, such as Soapbox Science or organising scientific conferences and workshops. I also usually dedicate time to go on Twitter (@AChauvenet), to access real time information relevant to my field, and because communication is a key aspect of the life of a scientist.

Proud to be hosting the inaugural Soapbox Science in Australia 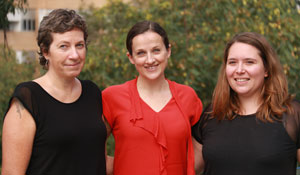 From left to right: Nathalie Butt, Katrina Davis with Alienor

I am so excited to be organising the first ever Soapbox Science event in Australia. It has been a lot of work but it is totally worth it. The first thing I did was put together a small team to help me organise it! Nathalie Butt and Katrina Davis have been by my side, sourcing funding, sorting out speaker applications, and dealing with small and big logistical issues.

They have done a fantastic job and made my life so much easier. Together, we assessed 57 applications to participate in Soapbox Science Brisbane 2016! The quality was so high that selecting only 12 of them was not easy. I am glad I had help. We have also booked a venue, sent out several funding applications and solicited people in person for sponsorship, organised to have soapboxes and two giant banners made. I am happy to report that Soapbox Science Brisbane 2016 is well underway as we have received contributions from several very generous sponsors.

Our next task is organising a training session for our fabulous speakers. Stepping on a Soapbox is unlike any other communication styles scientists are used to, and it is daunting!

London – Brisbane: Soapboxes at the ready

I am lucky to have been a volunteer at two Soapbox Science events in London so I know what I am letting myself in for. I think the key to a successful event is having a well-defined plan and schedule, and a team, if not army, of volunteers with defined roles.

I am also fortunate to work with a bunch of fantastic and engaged people (including around 40 Ph.D. students!) who I can count on to be there and help. My lab is very women / family / gender-equity friendly and I know that everyone is behind the event.

I recently heard the phrase “you can’t be what you can’t see” and it stuck with me. Women are underrepresented, underappreciated and face both conscious and unconscious bias in science and in life generally. Any woman that says she has not experienced any sexism should count herself lucky.

I keep seeing panels, invited speakers lists, talk schedules, high impact papers’ author’s list that are all-male. Instead of thinking, “why bother, we are not making a difference”, which is honestly tempting on bad days, we need to keep at it. Soapbox Science is important because it actually delivers what it promises; it raises awareness of the work by women scientists, it challenges the general public’s perception of what a scientist does and looks like, it inspires new generations of girls to enter science as a career, and raises the profile of the speakers, boosting their skills and CVs.

All in all, whether you are a woman scientist in the UK or one in Australia, you face the same challenges. The statistics for retention and career progression may vary a little, and it seems to me that Australia may have more women in science events, but overall conscious and unconscious biases are the same.

On a positive note, the Athena SWAN Charter is coming to Australia. Originating in the UK, this charter is an award system for universities and their departments with regards to gender equity and diversity policies and actions. It has done wonders in the UK and I am so happy it is now coming down under. The University of Queensland is one of the universities piloting the scheme here, which is very exciting and promising.

I think a career in science is fantastic. It is challenging for sure, but very flexible and you are constantly surrounded by smart people. It can be very rewarding but also very frustrating. I guess like most jobs?

The advice I would like to give to women and girls wanting to get into science is: Go for it but do not be naïve, be aware of the potential pitfalls, and make sure you are part of the solution, not the problem. I believe gender should not matter. When I see a scientist, I don’t care whether they are a man or a woman and I am hopeful that one day common sense will have prevailed and gender will be inconsequential. However, we are not there yet; don’t let anybody tell you otherwise.

What I wished I had been told:

1) A career in science is all about promoting yourself, it really is about your reputation and building your network;

2) There is so much travelling involved, and it keeps increasing as you climb the ranks so be prepared as it can be a sacrifice;

3) You need to be able to take many virtual punches as there is so much rejection, all the time.

Finally, let’s not beat around the bush, there are many more people wanting a career in academia than jobs available so be opportunity-wise from the beginning.

Keeping all the plates spinning 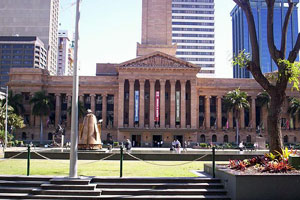 At the moment, I am focusing on doing my work as best as I can, writing scientific papers, fostering collaborative networks, and doing all the other tasks I signed up for without letting anyone down.

For Soapbox Science in Australia I really hope that the event in Brisbane will serve as a proof of concept that will engender opportunities for future events. I know that Nathalie Pettorelli and Seirian Sumner, the Soapbox Science founders, are keen to see Soapbox Science expand to other Australian cities. I am too of course, but Australia is a big country so that’s going to be a lot of work!