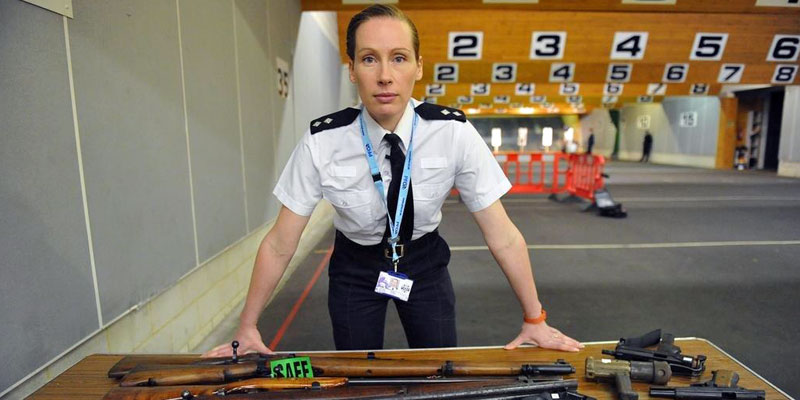 T/Chief Inspector Sarah Johnson is the South Hub Operational Commander for the East Midlands Operational Support Service and also a tactical firearms commander. She started out in frontline response and community roles before sitting her professional exams and being promoted She has since worked as a staff officer and force incident manager before undertaking various roles in Specialist Operations. She takes a keen role in developing equality and diversity within specialist roles in the police.

“…The benefits of Northamptonshire Police’s agile working programme for someone like me are that we have a 24 hour business in the police service, and it’s a brilliant place for women to work on the basis that you can work anywhere within that 24 hours – there’s always something to do. It does give you huge flexibility in the ways you can work…”

From podiatry to firearms

I took normal GCSEs and A-levels at school, but had a very strong science steer. I was interested in STEM background mostly, and medicine in particular, which made me take a degree in Podiatry (a B.Sc), which I started in Surrey and finished in Northamptonshire. However, at the end of my degree, the only thing I knew was that I didn’t want to do podiatry.

I wanted to be involved more directly in helping the public and solving problems for the public. I joined the police after seeing a recruitment drive at a local fair, and I became a police officer in 2001. I was a PC for two years. I took my promotion exams fairly early and I became a sergeant at two and a half years in the force. Three years after that I took my exam to become an inspector, and during that time I did a variety of response roles and community roles.

From there I ended up specialising in firearms as a result of working in Force Instant Command. I’m now working with Specialist Firearms Command across the region as a temporary Chief Inspector, and I work as an Operational Commander for two forces – Leicester and Northamptonshire, with specialisms around firearms command, and thematically for dogs.

Days which are one of two extremes

What I do on a day to day basis depends really. So I work flexibly because I have three children under the age of eight. My husband is also an AFO [Authorised Firearms Officer], so my days can be one of two extremes – either childcare and my home responsibilities, or I will start (usually in Northamptonshire) and then end up in any of the three other East Midlands forces – Nottinghamshire, Leicestershire and Lincolnshire.

I review firearms for their deployment – assessing whether or not to deploy firearms officers to roles. I take responsibility for operational things that have occurred in the past 24 hours and are ongoing in relations to firearms, dogs, threat and risk management. I also hold portfolios around value based interviews and recruitment processes, looking at representation and diversity, and the introduction of a code of ethics throughout what we do.

I also get involved in a huge variety of other day to day management issues, ranging from performance management all the way through to HR functions.

Agile working when there’s always something to do

The benefits of Northamptonshire Police’s agile working programme for someone like me are that we have a 24 hour business in the police service, and it’s a brilliant place for women to work on the basis that you can work anywhere within that 24 hours – there’s always something to do. It does give you huge flexibility in the ways you can work.

I can be in Nottinghamshire and reviewing a firearms deployment in Northamptonshire – I can go into their control room and manage a job in Northamptonshire. It doesn’t matter where we are in that the radio technology is there to allow us to support that. It means that you’re borderless in the way that you work. It’s that sort of freedom.

Equally, my job doesn’t finish when I’m at home. Quite often even on the days that I’m off I still need to access and take an overview of what’s happening – particularly when there is a particular threat and risk associated with some of the elements that we manage. So all the way through from a Blackberry to a laptop to tablets – I’m able to access that level of information.

Agile working is for everybody, male and female 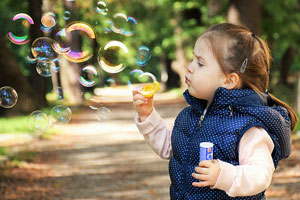 Agile is helping everybody, not just women. My husband and I share are our childcare absolutely evenly between us and we always have. He’s at home with our three year old now, enjoying a day in the park. We work back to back shifts to do that. Agile working and the flexibility that I’m granted by line managers to do that in our 24/7 business allows us to accommodate that.

Is it male dominated? Yes. It’s particularly if you look at senior officers within the police service. I think that I’m the most senior female within my collaboration – that’s across four forces for firearms and in some specialisms you’ll find it is even more under representative.

The police service as a whole is under representative of women in particular. When you look at the specialisms we have very small percentage of female officers. The way we need to change that it through agile working – that’s certainly part of the solution. Agile working is for everybody.

We need to start making a distinction between representation – recognising the small number of men and women who represent minority groups within those departments and open it up to start talking about diversity, and understanding that all people have different needs which need to be accommodated in the workplace.

My view is that if we can place those values at the forefront of recruiting people with a diversity of outlook, rather than because they tick a box in a strand of diversity, the end result will be a culture change, which will allow for the accommodation of people with all sorts of different outlooks.

At the moment I still think we’re looking in some ways at identifying people based on their appearance, their gender, rather than saying, “We need people with a diverse outlook who are accommodating and understanding of people’s values and beliefs in the way that they behave.” This then changes the overwhelming culture and therefore it becomes a better place for everybody to work, rather than just tokenising the few people who manage in an overwhelming culture.

He’s disadvantaged because people presume that he is a sexist pig (which he isn’t) and people assume that I’m here because I have ovaries (which I’m not). Unfortunately those stereotypes are perpetuated in the media.

In the Line of Duty is an example of a recent programme with these stereotypes attributed layer upon layer within those roles, with those individuals, which are astoundingly incorrect. Silent Witness had me shouting at the TV last series! It’s one of my favourite programmes ever, but unfortunately those wider gender stereotypes associated with women massively influence who decides to put themselves forward for some of these more specialist roles in particular.

It’s been quite a rollercoaster, this series. Re-Live it all now on @BBCiPlayer https://t.co/SxYncyQiUk #LineofDuty pic.twitter.com/WXhf82wtVk

I never wanted to enter a career where I would do the same thing day in, day out and it wouldn’t move. I don’t think I’ve done the same thing year in, year out. It’s been a constant challenge and I’ve never stopped finding new and interesting places to develop, so I think that the police service is a brilliant place for women. It’s a brilliant place for everybody to work.

While the stereotypes are here, in some respects we are way ahead of challenging them in comparison to other organisations, and also I think the wider public stereotype needs to be challenged. People need to come into the police service and see what it is for themselves.

So yes, I’d encourage people to come here and I would say that it’s an interesting and exciting career. There’s so many opportunities for you to explore and learn, and pick up amazing skillsets – it’s a great place to be.

At the moment I’m working quite extensively within diversity within firearms. So in fact next week I run a national conference in relation to supporting diversity in firearms, and talking to people about how they can influence diversity of outlook in their staff and officers by using value based processes instead of process based processes. So the difference between asking people to regurgitate your same old same old: “I went to this job and I did x, y and z.” 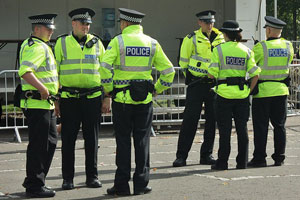 Instead of that we’re probing into who they are, why they do the ‘right’ thing, how they make ethical decisions and demonstrating that on tests and at interview. I’m also looking at how we can introduce that into the wider force and the wider service.

The example I use time in, time out: Nobody has ever been interviewed in the police service about how ‘well’ they shot somebody. Nobody cares how good your grouping was. They want to know why you pulled the trigger. They want to know did you understand the impact of what you have done. How do you feel about it? And I think that’s where we have to move to.

An awful lot of the work I’m doing and I’m excited about doing is about being able to introduce a shift in the police service away from looking at performance for performance’s sake and reiteration of that, and looking at how do we explore people’s values. How do we look to see if they are aligned with ours, because obviously they’re subjective, but how do we see if they think the way that we think?

Image credit for shot of policemen and women: