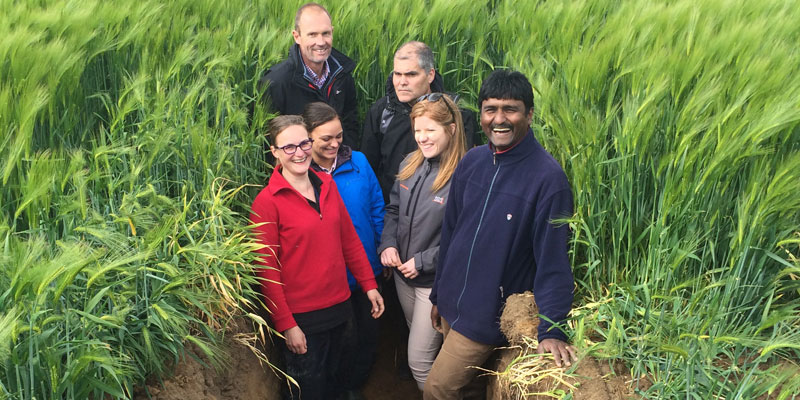 Dr. Jacqueline Hannam (Jack) is a Senior Research Fellow in Pedology at Cranfield Soil and Agrifood Institute. Her research focuses on understanding how soils change spatially and she uses digital soil mapping techniques to predict soil type and properties in the landscape. Her specialist expertise includes environmental technology, sustainable land systems, biodiversity and ecosystems and she works with clients including NERC [Natural Environment Research Council], the Forestry Commission and Defra [the Department for Environment, Food & Rural Affairs].

Jack spoke at the London Soapbox Science event, which took place on Saturday 30th May 2015. The title of her talk was: “What lies beneath: how soils change in space and time.”

I think we all start off life as a scientist. As babies we explore the world through curiosity as natural-born experimenters, so I am no different to anyone else! My parents had an allotment when we were kids. I remember the endless hours (it seemed) of boredom but in reality my brother and I really did enjoy getting our hands dirty and digging around in the dirt.

Soil is highly complex; it changes from one place to another and also over time – this is what makes it so fascinating. It supports life on Earth (well, the stuff on the land at least) – including sustaining the majority of food for us all.

I was a generalist at university and studied Environmental Science. It was in the 1990s, the time of the “eco-warriors”. During my career in academia my research interests evolved and soil science originally infiltrated during my Ph.D. [Doctor of Philosophy]. After that I worked in contract research positions in Zurich and Liverpool and finally landed my current job at Cranfield University.

My passion for soil science was really ignited during my first few years at Cranfield. This was facilitated by some fantastic mentors who were part of the old soil survey – these guys originally mapped the soils in the UK and really know their stuff.

What is a soil scientist? This is modified from Prospects: “A soil scientist gathers, interprets and evaluates information about the chemistry, biology and physics of soils to understand how soils perform various functions such as agricultural production, regulating the environment including the climate, and contributing to biodiversity”. So I don’t just play with mud, I also try to understand what it does for us.

Women are underrepresented in science and particularly in STEM subjects. This becomes more apparent in senior roles and academia is no exception (where are all the female Professors?).

The reasons for the disparity are complex and resolving it requires a multi-faceted approach. Role models are hugely important. But not only the, “Look I’m a woman, I’ve become very successful and you can do it too,” but it’s also about being authentic – keeping it real.

Messages such as, “I’m successful but it was a struggle to get here,” or “Sometimes I get it wrong,” or “Sometimes it’s hard to get the work-life balance right,” are really important. This is relevant to EVERYONE (men, women and non-binary genders), so we all need to start showing our human side to dispel the perceived gender differences that may discourage women and others from science. It’s OK, we’re not all perfect. 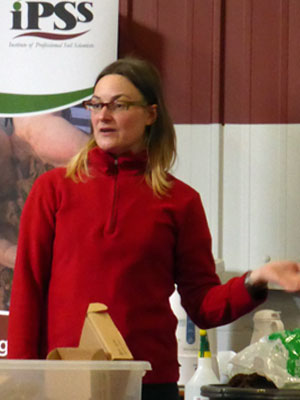 Cultural mindsets need to change. Blimey, this could fill another whole blogpost! Gender stereotyping is changing but we are not quite there yet: gender bias is still embedded in media advertising and also within the workplace. In an international workshop I was the only woman in a room of 30 and at the end of a session someone asked me whose secretary I was. This was less than ten years ago.

Organisational structures are recognising the imbalance, but better processes and metrics are needed

Organisational structures are recognising the imbalance and processes are slowly are being put in place to address the issues. In order to close the gap at the top there needs to be more flexible pathways to enable women to break through the glass ceiling. Also the current metrics used for promotion in academia do not reflect the true diversity of research staff.

During research projects we work as teams with each individual bringing different but essential elements to the research table. This is not reflected in the metrics required for promotion (# papers, £ income, international reputation) as everyone is expected to meet the same criteria.

Alternative metrics for “academic success” should have equal weight by formally recognising additional important contributions in the promotional process (such as research transparency, science communication, policy relevance and mentoring).

Mentoring and support is key to developing research scientists including retaining women in science. Luckily this has been recognised and there are many formal schemes available both within the workplace, through learned societies (organisations that promote specific academic or professional disciplines) and also via MentorSET.

I love the soapbox science philosophy of bringing science to the people. I teach soil science to postgraduate students and industry professionals and also to school children at outreach events. However, these audiences are already ‘on board’ with science and quite often cannot escape once I start talking.

Soapbox Science is totally different. It is showcasing some utterly fascinating science by women scientists and making it accessible and you can pick and choose what you want to engage with as you wander past. We are not sitting behind closed doors at a university but are here on the street and ready for all your questions! I will be talking about the importance of soils on the planet, their diversity and how we can use all sorts of different technology (from smart phones to satellites) to collect data about them and produce maps.

I heart soil. Come along and find out how much at my soapbox science session! It’s definitely NOT a lecture but a conversation. I will be encouraging audience participation – it’s all about engaging not educating.