Michaela Jeffery-Morrison is Head of Production of Women of Silicon Roundabout. Prior to this she has held a number of senior leadership roles at Innovation Enterprise and was also a business development manager at Compuware in the Benelux regions. 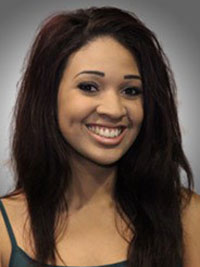 Following on from its launch in January 2016, the Women of Silicon Roundabout series is now preparing for its second instalment on 27th October 2016 at Kings Place in London. This one day interactive conference is designed to assist in the development of conditions for women working in the technology sector, and also for those working in the technology function of companies that aren’t necessarily tech focussed.

The UK Internet economy is worth a staggering £120 billion annually. Tech is the fastest growing sector of the UK economy, however, gender diversity is particularly poor in this sphere of business; just 14% of CIOs are women and a total of 16% of the industry workforce is made up of women. Clearly these figures do not sum up an industry in which both men and women can carve out a career and realise their full potential.

The first Women of Silicon Roundabout in January 2016

We want to tear down gender-based obstacles, and in doing so open the tech industry to girls and women.

A lack of women in tech does exist and still resonates for the majority of our community and my goal for Women of Silicon Roundabout is to provide the means for those working towards this common goal to form connections and engage with their peers in order to facilitate action.

With all major economists predicting a recession in the aftermath of Brexit, it’s all too easy for big companies and small companies alike to kick diversity down the list of priorities and perhaps take a step backward. It is for this reason that we have even more cause to ensure backwards steps aren’t taken.

There is importance in addressing internal company culture and structure, recruitment issues, talent retention and the traditional gender hierarchies associated with private and public sector organisations of all sizes.