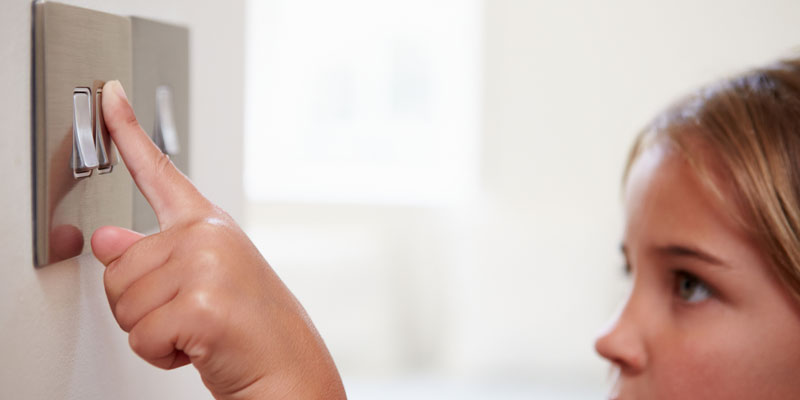 Helen Jenkins is an apprentice in the Asset Management team at National Grid, based at their Warwick office. She is currently studying for a Foundation Degree in Electrical Power Engineering at Aston University. She is due to complete her apprenticeship in late summer before taking a permanent role in National Grid’s Operations Planning department.

“…There’s a lack of knowledge about the energy sector. I don’t think people realise how many careers there are within it. When you think of engineering you think of civil, mechanical, maybe electrical, but no one thinks of power engineering, energy engineering…”

Helping to build the future of energy

I always knew that I wanted to pursue engineering. I was one of those kids who was always building things with Lego and always wanting to take things apart. I always knew engineering was for me, but I was never sure which sector I wanted to work in.

It came to work experience time when I was 15 and I thought, “Right. I want to do engineering, but I don’t know where to go.” I found the Smallpeice Trust – a trust which encourages kids into engineering and they organise work experience weeks. The reason I picked the National Grid was because it was the only free one – my mum and dad didn’t want to pay for me to go if I didn’t know what I wanted to do! That was the reason, but I went and I loved every minute of it!

Helping to build the future of energy

We did gas, electricity – everything that National Grid does we did on a crash course in a week at National Grid’s own training centre. They took us to a power station and all sorts of things. It was residential and the bit that really stuck with me was we had presentation about the future of energy and the future of electricity. We’d gone bowling the night before and then on this night they put us in a room, so some people weren’t particularly happy, but I just loved it. It was fascinating.

So I went away and read up on the subject and I just loved it, so I thought, “That’s what I want to do. I’m going to work in the energy sector and I’m going to help build the future of energy.”

My apprenticeship role – full on, but rewarding

For me, there’s no typical day, not yet anyway, because I’m still training. I’m about three quarters of the way through.

Our training is split into three sections – so we do training at our training centre in Eakring (the same place where I spent the week when I was 15). We do technical training there, as well as softer skills, so we’ve done courses like negotiation skills, constructive conversations and general leadership skills, as well as technical overviews, protection courses and things like that. So that’s one third.

The other third is university, so we’re doing a Foundation Degree in Electrical Power Engineering at Aston University. We do that on release. We come for two weeks, learn a module, go back to the office or to training for a couple of weeks, and then we come back, sit the exam, submit the assignment, and then it’s on to something else.

The other third is on the job training, so actually learning the role that you’re going to be doing when you’re finished training.

An office based role with learning in the field

In amongst those there different blocks we spend some time out on site. My training scheme is an office based one, so I 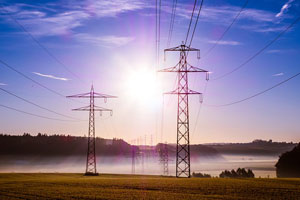 will end up working in an office, but we spend time out in our substations and places like that, learning about how people actually do the job out in the field. There isn’t a ‘typical’ day, to be quite honest. It’s very, very, variable.

It’s very full-on, so whilst we’re at university, it’s not like a normal university course where you have a lecture in the morning, a few hours break and then maybe another one later. We’re in the same room from 9am until 5pm learning all day with a short lunch break. We go away, work on our assignments, come back, learn again. When we’re in the office working, we’ve still got uni work in the background when we’re doing our jobs, so it is pretty full-on compared to a normal qualification.

Getting prepared for the world of work

You can apply what you’re learning, so we learn some things at uni and all our assignments are work based, so to do our assignments there is always some information you need to find out from your company. We have to go back to work and find people who know what we’re doing. You can definitely see where what you’re learning is applied, so it’s much more valuable than doing a normal uni course as you’re prepared for the world of work.

The first year is when you do most of the training courses. I don’t do those now so much I’m in the second year. The second year is a lot more focused on learning your job. The emphasis changes as you progress through the programme.

Nothing holding me back just because I’m a woman

I don’t feel out of place being a woman in engineering at National Grid. I don’t need to be actively supported because there’s nothing holding me back just because I’m a woman. I don’t notice it.

I’ll admit I’m still notionally the odd one out. On my training scheme I’m still the only girl – the year behind us there’s two, but that’s just the nature of being in engineering. If you’re a woman in engineering you just have to expect you’re going to be outnumbered. It’s just the nature of it, you can’t change that, but I personally have never felt out of place for it. I’ve never felt I’m not as good because I’m a woman or I’ve never been singled out for it. I’m treated exactly the same as all the boys are treated.

It’s amazing really. You might think being a woman going into engineering that you will be treated differently and people will look at you in funny way. That’s what I got when I was at school and I told my friends I wanted to be an engineer and they’d look at my like, “Er, are you sure..?!” But as soon as I got into the workplace, there was nothing at all.

Not just a ‘male’ career

My main piece of advice to girls would be: Don’t think that you can’t do it because it is sometimes seen as a ‘male’ career, because it’s not.

I do a lot of careers fairs that are trying to get more girls into engineering and I think it is important that people know about all of the different kind of engineering roles on offer both office and site based.

What can the energy sector do to attract more women?

There’s a lack of knowledge about the energy sector. I don’t think people realise how many careers there are within it. When you think of engineering you think of civil, mechanical, maybe electrical, but no one thinks of power engineering, energy engineering. 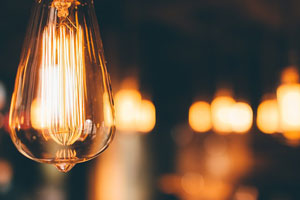 It’s not well broadcast. I know it was never covered when I was at school and it was never suggested to me as a potential career. That’s why I like to do these careers fairs and the national fairs that we have at the NEC in Birmingham because I speak to so many people about the scheme I’m on. I tell them about my salary and my company car, and the fact that I’m 20 years old and they say, “That’s amazing! Why don’t I do that?!”

I’ve met people at careers fairs, talked to them about the job, and then I’ve been contacted by them because they’re applying for trainee apprenticeships and they want a bit of advice. Things like that just make it so rewarding. I know why I’m doing it now.

I’ve seen a difference myself since starting. You do see more women are coming in on the graduate scheme. There’s quite a few female apprentices who started last year and I have noticed a change from when I was originally looking at engineering.

I love what I’m doing and I can’t believe how lucky I am sometimes.

Moving into a real job with real responsibilities

I’m looking forward to finishing my training scheme, not that I haven’t enjoyed it, but I’m finishing at the end of August / early September and then I can get into a real job and have real responsibilities.

I’m going into a job in a department that we call Operations Planning. We plan the work for our Field Force (so the people that work on the substations) and we’re planning the work and the maintenance for them. I’m really looking forward to the idea of having real responsibilities.

Although training is brilliant, it’s nice to put it into practice. National Grid is one of those companies where everyone just wants you to develop. Everyone is pushing you to do better. A colleague who was on the scheme that I’m on in 2010 has just got a manager’s job. I look at people like that and I think: “I can’t wait to see where I end up.”

It’s so open. There’s so many jobs and so many chances to develop at National Grid that I couldn’t tell you where I’ll end up, but I’m excited to see.

You can find out more about engineering apprenticeships ay National Grid at: http://careers.nationalgrid.com/apprentice-engineer-training-programmes/