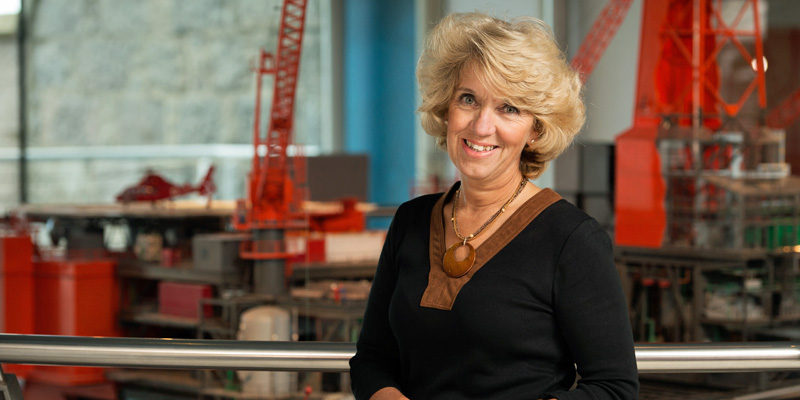 Jeanette Forbes is chief executive of PCL Group, a total cabling and IT service provider to the offshore, marine, commercial, industrial and renewables sectors. She is also an Advisory Board Member for Women’s Business Mentoring, a collaboration between Scottish Chambers of Commerce Network and Women’s Enterprise Scotland, which will support and mentor women-led businesses in recognition of gender-specific barriers women in business face.

“…I am quite competitive and I suppose when I could see my male colleagues getting on and being excited about new technologies coming along, I wanted to be part of it…”

I started off as a receptionist and worked my way up to CEO, mainly through holding administrative roles. It’s fair to say that I never made it easy for myself. Not only did I decide to work in the technology sector but I also wanted to work in the oil and gas industry. 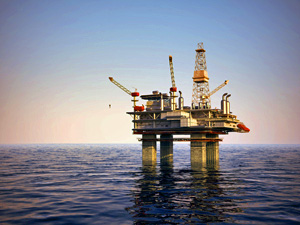 Back then, both these sectors were incredibly male dominated and without any doubt, it was tough. However, I am a firm believer that if you want something badly enough you will move mountains to get it.

I am quite competitive and I suppose when I could see my male colleagues getting on and being excited about new technologies coming along, I wanted to be part of it. There has been a huge amount of technological change during my career and I am extremely grateful to have been at the cutting edge of some of this innovation.

I still open up in the morning and most of the time, I’m also the one who locks up at night. My day starts anytime from 5am, depending on if we have a call out from one of the global oil and gas companies which has an IT support contract with us. Being a global company means you are sometimes answering the phone during the night, due to the different time zones – I have carried the on call mobile phone since the company started 17 years ago.

My main role now is to ensure the business is going in the right direction through organisational strategy and meeting objectives, dealing with customers and ensuring they are receiving the right technology and standard of service to run their businesses. There’s also the most important part of course, which is making sure the invoicing is out on time!

I have a great team and we are supportive of each other, which is really comforting when you are at the top of the organisation. Our customers are incredibly important to us and some of them are still with us from when I started the company, which I think says a lot about how we pull together as an organisation.

We can challenge gender stereotypes about IT being male dominated by changing the way technology and people are portrayed in the sector. For years, we have built this image in tech that we are all ‘geeky’ and speak ‘techno-jargon’. We really must address this to make the sector more in keeping with the people who actually work in it.

We are real, we wear the latest fashion and most of us live very normal lives. We need to be proactive in challenging stereotypes and that means in the media as well. If we make the sector more accessible and attractive, perhaps we will engage more women?

Technology is an ever-evolving sector. We need to make it tangible to those who are looking to work in this sector. Without any doubt, this is not an easy sector to work in but it is incredibly exciting and forever fluid. Do you remember the dial-up modem? That was introduced around the time I started PCL Group. Look where we are now, with smartphones, Wi-Fi and rapid internet speeds. At least now we don’t sit with our fingers crossed, hoping for a connection and praying that we don’t get disconnected whilst we try to send an email.

My advice to women contemplating a career change into IT is to look at the technology sector as a whole, as I often feel women in particular look just at a few narrow sectors, hardware and software being the norm.

What I think you must do is look at all the sectors covered by technology and you will be surprised what is available. Then go and speak to the women (or men) who work in these sectors, absorb as much information as you can and then make your own mind up. If someone had said to me that I was going to be doing some of the things I have done in the IT sector, I would never have believed them.

It’s also incredibly rewarding to prove your doubters wrong! There is no greater feeling when someone tells you it cannot be done to just go and do it.

Being an Advisory Board Member for Women’s Business Mentoring

Women’s Business Mentoring is a collaboration between Women’s Enterprise Scotland and Scottish Chambers of Commerce. Research consistently shows the importance of mentoring for women-led businesses so we have teamed up to deliver this project, encouraging more women to have or become mentors and to help support and create more female business owners.

I am both a Women’s Enterprise Scotland Ambassador and a member of the Women’s Business Mentoring Advisory Board and I also won the British Chamber of Commerce 2014 Best Mentor Award, so mentoring is something that I feel very passionate about.

Over the past five years, I have been developing a piece of code for the airline industry which is actually the fastest flight route algorithm in the world. The product – GoHawk – is now ready and we are just about to take this to market.

After everything that has gone into pulling this technology together, it was an incredible feeling on the 28th October 2015 when the code went live on the Internet. I was so nervous and shaking so much when that happened that for a split second I forgot my login password! Last month, we launched the mobile responsive platform so that puts the information relating to flight routes completely at your fingertips.

I am also just about to open a fine wine and craft beer establishment in the centre of Aberdeen called Grape and Grain. This was always on the radar but I did not have the courage to be brave to take that initial step until now. The time seemed right and I had to come out of my comfort zone and challenge myself again.

Without doubt though, the great thing about running your own businesses, no matter what sector the business is in, is employing people and watching them develop. That gives you the greatest satisfaction of all.