You are currently reading Issue 141: Women in Technology, April 2022
Skip to content 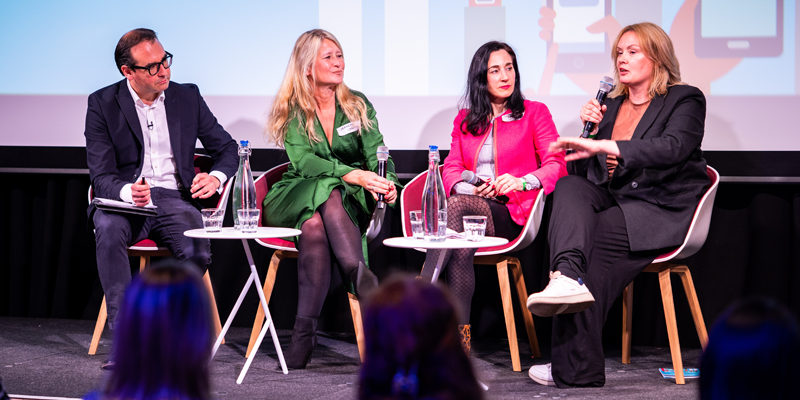 Naomi Timperley is a growth and innovation consultant and co-founder of GSI. Naomi knows the tech space inside out and she is also one half of the team who set up Tech North Advocates. She also sits on multiple boards, including the Salford Business School Industry Advisory Board, and has featured in Computer Weekly’s list of the Top 50 Most Influential Women in UK IT 2018, 2019, 2020 and 2021.

“I’m based in Manchester, which has some of the most deprived areas in the UK, yet we also have a thriving tech ecosystem, but we are struggling to find talent.”

I also wear another couple of hats. I am co-founder of Tech North Advocates, a private sector-led advocacy that champions tech in the North. I’m also chair of the Industry Advisory Board at the University of Salford Business School. In addition to that, I spend a lot of my time designing, developing and delivering entrepreneurship programmes for the private and public sectors. I typically work in the tech, digital and creative sectors.

A few weeks ago, I attended a TECH FOR D&IVERSITY event that was hosted by Tech London Advocates and Global Tech Advocates at Plexal, an innovation company and co-working space based at Here East, a tech campus in east London’s Queen Elizabeth Olympic Park. It was a fantastic event. You can watch the event on the Tech London Advocates YouTube channel. 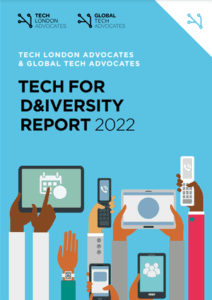 Tech London Advocates and Global Tech Advocates had produced a TECH FOR D&IVERSITY report, discussing diversity and inclusion in tech in 2022 and it contains some fascinating insights. Despite the economic challenges of the global health pandemic, the UK tech sector has continued to deliver record levels of growth. The UK now stands shoulder to shoulder with the US and China as the world’s third tech ecosystem.

One of the things that we need to consider though, especially with so much economic turbulence, is that impacts and makes companies less inclined to invest in talent, diversity and inclusion, but if we don’t have diverse teams, that is not only going to affect the bottom line, but also affect the hardware and software we’re developing.

If you look at the UK, we are a diverse country, so the report examines whether the UK tech sector has become more or less diverse and inclusive over the last five years. We’ve had a combination of Brexit and the pandemic, which have made diversity and inclusion issues less of a business priority.

The report’s research explores if tech is doing enough to reach new communities and create workforces that truly reflect the diversity of society, but also who is still excluded from tech and what can be done about that. In recent years study after study reinforce the idea that actually, if you have a diverse team, your business will be more successful.

We had amazing speakers at the event. Jacqueline de Rojas, who was one of the remote speakers had some really brilliant comments. She flipped things back to the audience and asked them to think about what they themselves could do to stop ticking boxes and realise that diversity increases the bottom line.

She also made the point that the greatest threat to diversity and inclusion is the belief that someone else will fix it. It was a really powerful statement and 100% true. Everyone thinks that somebody else is going to do it.

One of the comments another contributor, Suki Fuller, made on the last panel session is that notionally she ticks a lot of boxes for a lot of people, but we need to treat diversity and inclusion like it’s climate change — there is an urgency. We need to take action now, not 20 years from now. Things have changed slightly over the years but there’s still so much work to be done, so yes, there’s definitely an imperative.

Suki, along with Flavilla Fongang is the co-lead of the Tech London Advocates Black Women in Tech group. There were other minority groups represented too. Garry Bernstein, who runs Tech Scotland Advocates, spoke about the need to include the LGBTQ community in tech.

The socio-economic divide in tech

I was talking about the socio-economic divide and the need for social mobility. I’m based in Manchester, which has some of the most deprived areas in the UK, yet we also have a thriving tech ecosystem, but we are struggling to find talent. Talent pipelines are going to be coming from the young people who live in and around Manchester, but some of those young people only have Internet access and access to laptops at school, but not necessarily at home, and that is the root of the problem.

There was a lot of talk about what can be tangibly done to create a diverse and inclusive tech industry. There were examples of what best practice can achieve, so there was somebody from KPMG talking about the ways they work to improve diversity and inclusion in more businesses. And also, do we need to looking at more extreme action from regulators and policymakers. I think that’s something that needs to be addressed as well.

There’s some really interesting figures in the report. One of the questions was: “Do you think UK tech has become more diverse and inclusive over the last five years?” 59% responded “Yes”, 27% said “Not sure” and 14% said “No”. Another question was: “Do you think we will see truly diverse and inclusive tech companies in the next ten years?” Sadly, 42% said “Yes”, 33% said “No” and 25% of respondents said “Not sure”.

The key thing was that throughout the report, it was all about hearing from the global tech advocates community, the working group leaders and voices from the UK tech sector. It was vital to highlight what is happening, and what is not happening. To return to Jacqueline De Rojas’ comments, we can’t just wait and think that somebody else is going to fix them. We all have a huge responsibility to do something about it ourselves. The report was really comprehensive (and it wasn’t just respondents from London).

It’s NOT just about women in tech

The other thing I think it’s vital to consider about inclusion in tech is that it’s not just about women. There are so many other diverse groups of stakeholders we need to take into account.

If you consider neurodiversity, there are so many different facets. I’m a trustee of a charity called Digital Inc, which is all about getting autistic young people into the digital tech sector. Sadly, the Office of National Statistics published data last year which said that only 20-22% of autistic adults are in any kind of employment. I think that’s really sad and an incredible waste of talent.

I’m really excited about the Manchester Tech Festival, which is happening this October. It’s a festival for the tech community by the tech community, and it’s the brainchild of Amy Newton. It takes place between 17th -21st October, so it’s a week-long festival, highlighting diverse talent, showcasing the innovative businesses and bringing together the ecosystem and the community of Manchester. It’s our mission to establish an annual festival that represents Manchester’s true self.

We’ve got a leadership event on the Monday on the Wednesday and Thursday, we’ve got a two day event at the iconic Victoria Baths. There will be pop-up lectures, hackathons, discussions, debates and socials throughout the week. We’re planning several events over five days, which are free to attend. Our founding partners — Morson, BJSS, Venturi, Booking.com, Moneysupermarket and our first sponsor, Oscar have been incredibly supportive and believed in us when the idea for the festival was an idea on a piece of paper last year.

It’s not-for-profit and it’s a space for software engineers to scale up investors, product owners, practitioners and will be an opportunity to showcase some of the innovative businesses we have in Manchester.  We’re going to have people there from all walks of life, the people who are really passionate about tech, and then also really making sure that we’re learning through shared experiences and highlighting successes and failures.

It’s going to be a platform where we can have the next generation of tech professionals and we’ll be giving them the chance to hear from speakers and network with some of the region’s biggest names in tech. It’s a place where creative minds will come together to share ideas and discuss emerging trends. I can’t wait. 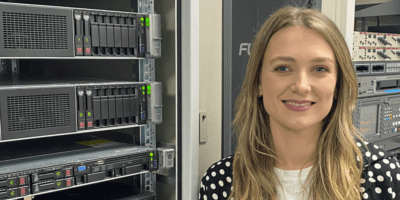 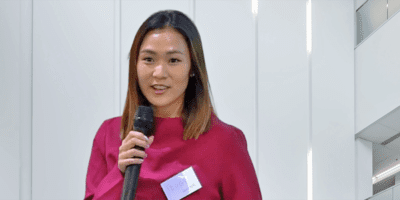