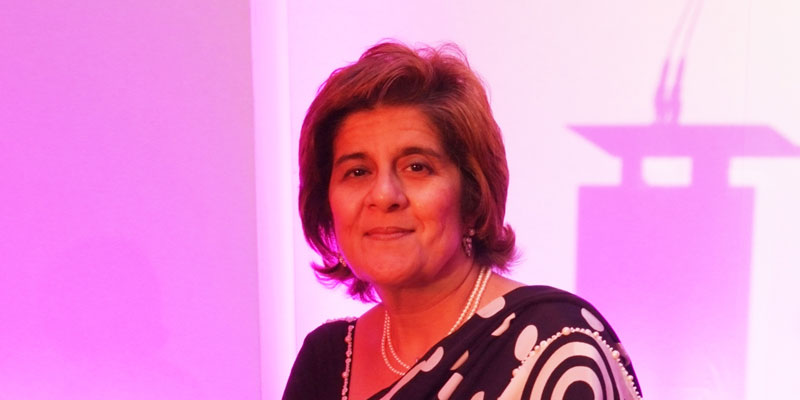 Pinky Lilani OBE is a food guru, motivational speaker and internationally acclaimed champion for women. She is the founder and chairman of ‘The Asian Women of Achievement Awards’, ‘The Women of the Future Awards’, ‘The Ambassadors’ Programme’ and ‘The Global Empowerment Award’. Indian cookery specialist and owner of Spice Magic Ltd, she has advised supermarkets, written cook books and runs team building days for major corporations based around Indian food. She is patron of several charities and was named as one of Britain’s 100 most entrepreneurial women, one of the 30 most influential Muslim women and appears on the BBC Radio 4 Women’s Hour Powerlist.

The Asian Women of Achievement Awards, in association with The Royal Bank of Scotland

I founded the awards in 1999 to celebrate the often unsung Asian heroines in the UK. Such women make a huge contribution in fields as diverse as business, entrepreneurship and social and humanitarian work. These awards are their moment in the spotlight.

Over their 15-year history, the awards have recognised and provided a platform for an exciting generation of Asian female groundbreakers.

Today, our vision is that these awards should be the pre-eminent platform for celebrating the contribution of diverse cultures and talents in UK society.

There is a growing confidence, positivity and youth about the new generation of Asian achievers in Britain. Back in 1999 when I started the awards, Asian women often worked away from the mainstream, accomplishing in their local communities, in niche industries, and a long way from the spotlight.

Today, Asian women occupy positions of influence and power at the heart of British business, politics and society. I am delighted that the Asian Women of Achievement Awards continue to recognise the brightest and best, and that we can come together to celebrate the achievements of these amazing women. 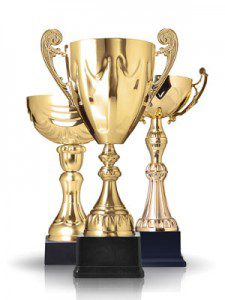 This year’s shortlist features 54 of Britain’s most groundbreaking Asian leaders from actresses to entrepreneurs, surgeons to sportswomen.

The 19 strong judging panel is chaired by Sir Nicholas Young , Chief Executive of the British Red Cross, and includes a wealth of talent from the corporate, arts and business worlds including: HR Director at Mitie, Katherine Thomas; Chairman of BBC Children in Need, Stevie Sprin and Master of the Royal Household, Vice Admiral Anthony Johnstone-Burt CB OBE.

The Awards will be held on Wednesday 4 June at the Hilton Hotel in London.