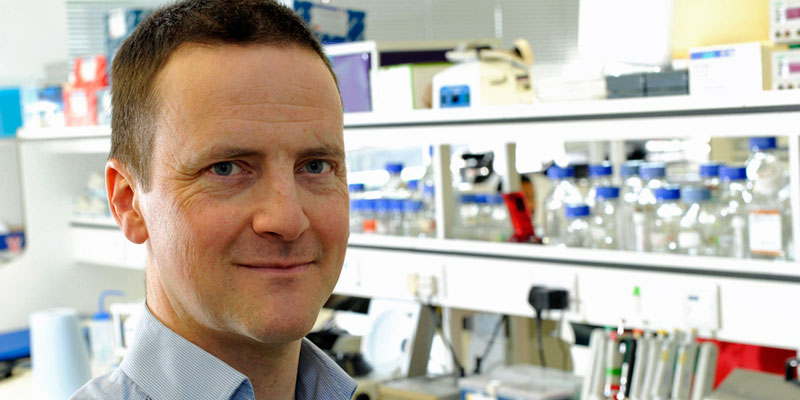 Enabling talent to thrive no matter what gender or background

I believe that equality and diversity is important for protecting and improving the talent base that provides education, innovation and creativity across the UK economy. It is particularly important in higher education. We need to create a supportive environment for students and to protect our international reputation. We want talent to thrive no matter what gender or background.

I helped prepare an application for an Athena SWAN award in 2011 at the request of a senior colleague. We wanted to build a mixed gender team that had experience of balancing male and female careers. We wanted to improve the environment of the School of Medicine. Due to a future link with funding, showing progress on gender equality became important to the management of the School of Medicine.

I joined the School of Medicine self-assessment team. Applying for an Athena SWAN award requires internal reflection. Each department has to assemble a ‘self-assessment team’ that will look at the challenges faced by the department based on quantitative and qualitative data: student and staff numbers, surveys and focus groups.

Importance of leadership and participation from the highest levels

Ideally the self-assessment team has a mixture of junior and senior staff, of both genders, and student representatives. We had the support of the Dean who attended all the meetings. Applications for awards always carry more weight if the Head of Department participates in the self-assessment team. Leadership and participation at the highest level makes a big difference. It helps get buy in from staff. 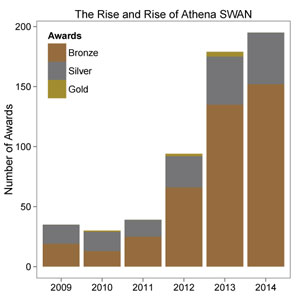 Self-assessment requires honesty and bravery. It’s not easy to admit that your department is not perfect. If the self-assessment team can’t recognise and write about their key challenges, it weakens their application significantly.

I have experience judging Bronze and Silver awards. In my opinion, a Bronze award requires an honest appraisal of the situation within the department in terms of gender equality. Where are the inequalities and barriers to career progression? Based on this, what actions are necessary? Are the right resources in place to achieve this? Is there a commitment to change?

Discussing, debating and deciding on applications

This month, July 2015, I was involved in deciding on five applications during a visit to the ECU. A panel of academics, HR representatives and Athena SWAN leads from across the UK discussed, debated and decided.

Links to funding and equality

NIHR (National Institute for Health Research) has stated that applicants for funding must have attained an Athena SWAN Silver by next year (2016). RCUK (Research Councils UK) requires applicants to make significant progress on gender equality. As funding becomes linked to equality, then the application process will become more scrutinized. An appeal process has recently been put in place.

In summary, I have found being involved in Athena SWAN applications and awards an inspiring and rewarding process. I have met stimulating and interesting people and learned a lot about the richness and variety of the UK higher education sector. UK higher education is interesting, stimulating and transformative for its students. It is internationally renowned. I am proud to be part of it.