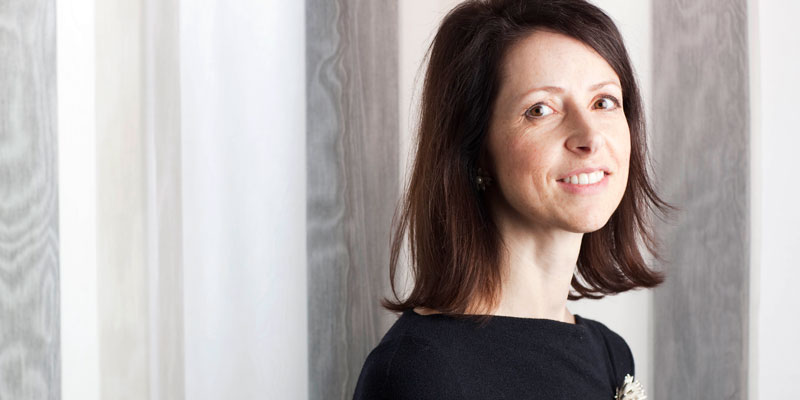 Helena Morrissey founded the 30% Club in 2010. She was appointed CEO of Newton Investment Management, a subsidiary of BNY Mellon, in 2001, six years after joining in 1994, having previously worked as a bonds manager for Schroder Capital Management. She was named Most Influential Woman in European Asset Management in 2010, and was awarded a CBE in 2012 for her contribution to British business.

On 25th February 2015, Helena Morrissey spoke at a special CIPD event which launched new CIPD research focusing on the status of gender diversity in the boardroom and ways to achieve a step change in the proportion of women on boards, and into senior executive positions in particular. The panel joining Helena included Jo Swinson MP, Minister for Business and Women & Equalities, Vicky Pryce, Ann Pickering, as well as the CIPD’s Public Policy Adviser for Diversity, Dianah Worman and Chief Executive, Peter Cheese, who debated the possibility of gender quotas for executive and non-executive roles as well as other initiatives for employers and policy makers in the pursuit of achieving better gender diversity.

Helena Morrissey on the question of quotas or no quotas

The last event that I was at was yesterday was where the 30% Club had its mid-point event for our cross-company mentoring programme. That doesn’t sound terribly exciting and when we started this mentoring programme I wasn’t sure if it was necessary. But overwhelming positive feedback has driven us to grow this programme and increase the participants.

Lots of companies have a mentoring scheme, but we did a pilot and what was fascinating to me was that the women who were being mentored (these are mid-career ‘danger zone’ women where our paths diverge from our male colleagues) said that being mentored by someone outside their own organisation really made them talk more candidly about what is going on.

The mentors (two thirds of whom are male) said that it opened their eyes to issues that women in their own organisations must be facing, but weren’t talking about for fear of bringing it back to their line management.

There are now 350 people involved in this year’s scheme, 22 organisations, including some in the public sector. I found it really humbling yesterday to stand up in front of 350 people who were all doing so much. This is a year from when they signed up to doing things in their own time. We’ve had breakfast clubs, we had a two hour meeting yesterday where we had a fantastic speaker as well – I think the mentors got as much out of it as the mentees.

I guess what I’ve seen in the last five years since the 30% Club was born as an idea is a huge shift in the mindset around the issue to the point where, to be honest if I was starting again today, I probably wouldn’t have a 30% target or a club that was named that because we’ve moved on from that point.

Recognising that masculine and feminine attributes and energies are obviously complementary

We’re now at the point where people are trying very hard to embed, embrace and have a balance of not just men and women but recognise that board differences, masculine and feminine attributes and energies are obviously complementary. It makes a more normal and natural state of affairs for businesses that have done that than somewhere that’s very male dominated.

Now that’s a bit different from simply having extra women on boards. We started with that narrow objective and now have moved right back to the start of the career journey, to the school room. This year we’ve collaborated with Speakers for Schools, a fantastic organisation set up by Robert Peston, BBC Economics Editor, offering free talks in state schools now around the country. The Chairs of the 30% Club have offered their time to talk to both girls and boys about the importance of gender equality and encouraging girls to consider a wide range of careers

In the school that was the girls’ school up until sixth form, a journalist was there and she was asked, “What do you think about this confidence question?” We had male Chairmen who talked about women not having so much confidence in the workplace and asking for things.

The girls said, “Do you think that’s a generational thing because all the girls put up their hands straight away and the boys are the quieter ones?” She said, “No, I think it’s more that when you start work it’s not all fixed and sometimes you get the wind knocked out of your sails – something happens because the world of work is not equal yet and you tend to personalise it if you’re a woman.”

From talent pipeline to talent ecosystem

I suppose what we’re trying to do is move away from the talent pipeline. It sounds like we’re trying to squeeze everyone through a narrow route and actually doesn’t sit very well. I’d like to develop an ecosystem in companies so it’s nurturing all types of people, but also changing the culture itself and that is the breakthrough that I’ve seen in the last few years in this country, but I don’t see that in countries with quotas.

Norway is often the poster child for countries with quotas. Yes they have more women on their boards and yes that has made the boardroom a better place for women, but actually they have no sustainable pipeline.

I visited Oslo quite recently and around the room at their equivalent of the Institute of Directors the women were saying, “I stopped my job as Executive Director to become a Non-Exec Director and ‘go plural’.” I said “How many of you have done that?” and many put up their hands, so I said, “Well who are the next people? Who are the people not just running the businesses today, but who’s coming up behind you?”

Seeing progress, but we need to finish the job – making equality business as usual

One of my male colleagues popped his head around my door the other day and said, “I don’t know why you’re still going on about this women thing. Women have never had it so good!” So I said, “I think perhaps I’ve had it better now because of the all the women who went before me. We are seeing progress, but we need to finish the job.”

I’d congratulate the CIPD on the report. There are some interesting things in it. The one thing I did want to say specifically about the report is there is the finding that more than half of HR professionals taking part think there should be more ambitious targets. I think we’ve moved beyond targets towards making this business as usual.”

Read the CIPD report, Gender diversity in the boardroom: reach for the top here.

Read the CIPD blog about the event and report here.