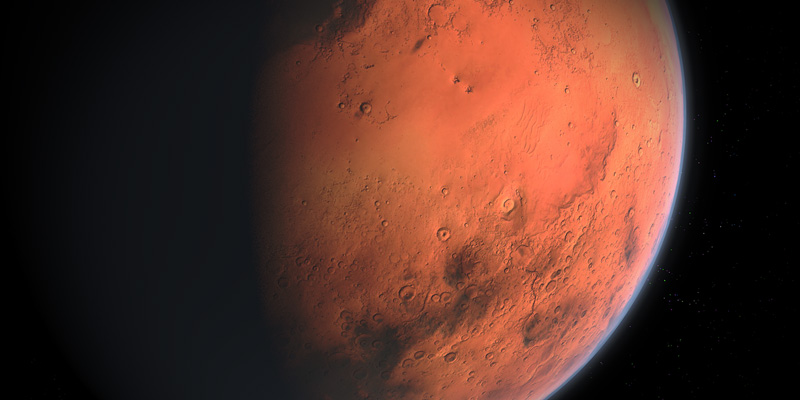 Abbie Hutty is a Lead Spacecraft Structures Engineer at Airbus Defence and Space in Stevenage, where she is currently working on the ExoMars Rover mission; Europe’s first rover mission to Mars. She holds a Master’s degree in Mechanical Engineering from the University of Surrey, where she graduated first in her class. Abbie co-ordinates a team of specialists to achieve a rover structure that will survive the rigors of a rocket launch, descent through the atmosphere of the Red Planet, and landing on the surface, followed by an operational lifetime in the punishing Martian environment.

“…I’d love to go into space, experience weightlessness, and see the curvature of the Earth from above. I think we’ll get there within the next five years or so – then it’s just a question of how much longer it takes to be truly affordable…”

Abbie, you’re a Womanthology regular. For people who missed these features, please could you give us a quick recap on your career to date and what made you want to work in aerospace?

I work for Airbus, in their Space division. My job at the moment is as Lead Spacecraft Structures Engineer on ExoMars, which is Europe’s first Mars Rover, due to launch in 2020. That means that I lead the team of engineers who are creating the Rover structure – the chassis as it were, and managing all of the development, design and testing that we have to do to make sure the structure is strong enough to withstand the launch, the landing, and does all of the other things that it has to do on the surface of Mars.

I actually became an engineer after seeing the Beagle II probe in the news, and hearing that British engineers were building it. That was a Mars probe that was built in 2003, and when I heard about it, it completely turned my idea of what an ‘engineer’ was on its head – before then I thought that engineering was all about cars and trains. It made me look into what roles you can do with an engineering degree – the idea that I could work on space missions right here in the UK never left my mind and I have worked my way closer and closer until now I work on a Mars mission myself!

How much closer are we getting to commercial space flight and how soon might this become a reality?

Even since I’ve joined the space industry, just over ten years ago, it has changed quite dramatically. We are moving away from the historic position where only a few of the richest governments of world powers have the funding available to run space missions, to one where space businesses are emerging, and doing well.

Now companies can build spacecraft, and if they can sell tickets, or provide launch services then they can create a business around it. Of course, there are a few things like legal controls and licensing that will have to catch up with this new status quo – if you’re planning on sending people into space, I’d hope your company would be regulated and vetted at least as thoroughly as our current airliners are, but if there is an industry there with cash to spend, the regulations won’t take long to be put in place.

I think space tourism, as it were, will necessarily be reserved to the richest elite to begin with – just as commercial air flight used to be – but the more people that travel, the lower the price point will become, until everyday people like you or I can afford it. Thousands of people have already “booked tickets” with companies like Virgin Galactic.

I’d love to go into space, experience weightlessness, and see the curvature of the Earth from above. I think we’ll get there within the next five years or so – then it’s just a question of how much longer it takes to be truly affordable.

We’re seeing a lot of Hollywood depictions of space and STEM. What is the appeal?

My favourite sci-fi space movie of recent years has to be The Martian. I read the book before it was a film – the author, Andy Weirs, researched Mars very thoroughly to write it, and actually the vast majority of the science is accurate. I actually wrote a blog piece about it for the Science Council (here). There are some things that aren’t quite right, but I can see why he needed to bend the truth in those places to make the story work, so I can forgive him.

If I had to recommend a “space film” to anyone though, it has to be Hidden Figures. It came out earlier this year, and is about some of the unrecognised people who worked on the first US manned missions, during the space race, focussing on some African-American women. It’s a really funny film, but very moving. I was quite humbled to see all the things they went through just to do a job they loved, as well as being able to do it all using mental arithmetic and hand calculations, as computers weren’t around then. It’s very inspiring.

We first met you through the IET Young Woman Engineer of the Year Award back in 2013. What sort of the difference has this made to your life and career?

When I won the IET Young Woman Engineer of the Year Award back in 2013 it was a really fun year. I got to go and be an ambassador for the profession, which involved talking to all kinds of people, like politicians, teachers, the general public, going on the news, and breakfast TV, and all kinds of places that I would never normally have got to see or do.

I was already doing a lot of work as a STEM ambassador, talking to schools and students about what it means to be an engineer – but that definitely accelerated my learning curve, so my confidence around public speaking grew. Some of the senior managers in my company still know me as the “Young Woman Engineer one”, but it never hurts to be recognised for something positive like that!

I’m one of the 9% and proud, but #9PercentIsNotEnough ! Engineering is a great career for everyone- we solve the world’s biggest problems! pic.twitter.com/uL67s7UyNf

The tables have been turned and you were a judge for this year’s Young Engineer of the Year Award at the Big Bang Fair. What was this like and how did you feel with roles being reversed?

This year I’ve got to Judge the Young Woman Engineer award, as well UK the UK Young Engineer of the Year Award at The Big Bang Fair. I have to say, it’s a lot less stressful being on the judging side of the table rather than the candidate! I was really impressed with the level of the entries to the UK Young Engineer Award – some of the things they were doing were incredible.

The winner was really deserving, though – they had designed a garment that could be worn by epileptics, that could sense an impending epileptic fit, and warn the wearer so that they could get to a safe place. It uses really basic sensors, but works much better than anything currently available on the market – and is cheaper too! That’s what engineering is all about – seeing a problem that you want to make better, and using technology to find a solution.

You’re a role model yourself, but who are the role models you look up to in the industry and what have they taught you?

My role models are sometimes well known figures, or people that have broken boundaries and done incredible things, but also people within my own organisation who I aspire to be like. So, I would say Elon Musk, the founder of SpaceX, who is undoubtedly a visionary of our time, but also Donna Shirley, who was the first female project manager at the NASA Jet Propulsion Laboratory, and managed the Sojourner rover programme – the first ever Mars Rover.

I also look up to colleagues of mine who are really senior within our organisation, but still have their feet on the ground and are completely approachable. People who have time for their staff, who have patience and empathy for those in their teams who are still learning, and who make the time to share their knowledge and tips so that others have the opportunity to learn and develop. That’s the kind of leader that I hope I will be one day.

Well the ExoMars Rover structure is pretty much designed now – we are due to take delivery of the first build in the next couple of weeks, (which is used for really extreme testing, and doesn’t actually go to Mars – the build after this one will be the “flight” build.)

So, we will be using this first build – we call it the Structural and Thermal Model, to close out a lot of our testing and prove that we meet all of our requirements by the end of the year. I hope to stay with the project a bit longer – I’m really passionate about our mission and would love to be able to continue working on it, so I’m looking for ways that I can expand my skills as an engineer, maybe by moving out of pure structures work and into another role like assembly, or testing, or software, so that I can continue to use all the knowledge I’ve gained about the project, and Mars, and use it to good effect elsewhere on the mission! Watch this space!