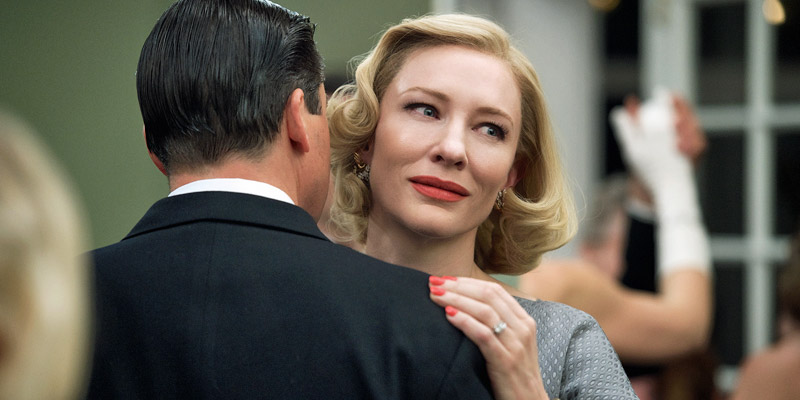 Elizabeth Karlsen is a film producer and co-director of the independent production company, Number 9 Films, alongside with her business partner, Stephen Woolley. She is best known for her work producing the films Carol, Great Expectations, Made in Dagenham, How to Lose Friends and Alienate People, Little Voice and The Crying Game. Carol received six Oscar nominations, nine BAFTA nominations, and six Independent Spirit nominations.

“…Young women need to have role models and to be able to follow in their wake – shoulders that they can stand on. Everyone has a responsibility about equality of representation…”

Elizabeth, please can you tell us about your career to date and what first got you interested in working in film production?

I’d always been a big fan of cinema. I watched a lot of films when I was a kid. I was brought up just outside New York, so cinema and movies were very much in the fabric of the culture. We used to go to the Bedford Playhouse for 25 cents. One of the first films I remember seeing there is National Velvet, with Elizabeth Taylor, where she had to dress up as a boy jockey and won a race on her horse, ‘Pie’. She falls off at the end of the race and is revealed to be a girl, and that really appealed to me – a young girl doing things that she wasn’t supposed to do in a man’s world.

I saw a lot of movies, with my family and the kids in the neighbourhood, there were regular outing to the movies. When my mother got home from work she would watch a lot of films on the television before doing the evening chores. This was the first time I remember seeing a Douglas Sirk film, which was Imitation of Life. Being brought up in the States at that time when the civil rights movement was very active, it was just on the cusp of the feminist movement, that film made a very deep impression upon me.

Once I left university I started working in production at the bottom of the ladder. That’s how it began.

For our readers from outside the industry, please could you give a brief overview of the role of a producer in practical terms?

My business partner, Stephen Woolley and I tend to be very hands-on producers. Typically with our projects, we will 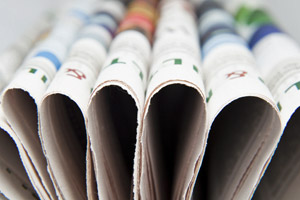 self-generate ideas – either a novel, a radio programme, a newspaper article, a play, and we will develop that idea into a screenplay.

So it’s overseeing the project right from its first conception as an idea through to its completion through to the theatric release and finally the DVD / VOD release.

We do get sent scripts. We co-produced Paulo Sorrentino’s Youth this year, which came to us from his producers at Indigo Film – they asked us if we’d be interested in being UK co-producer. Out of that relationship they’ve sent us various ideas and we’ve sent them ideas. It’s been the start of a great collaboration and obviously we were thrilled to work with a director like Sorrentino, who’s work we admire hugely.

Typically we self-generate, but there are also instances where projects are brought to us – either ready to shoot or as screenplays to further develop.

Huge congratulations on your award nominations for Carol. It seemed like the film was in development for several years and it was a labour of love for you to overcome a series of obstacles in order to get it made. Please can you talk us through the work you did on the project?

I first became aware of ‘The Price of Salt’, from which Carol was adapted when I made a film called Mrs Harris for HBO with Phyllis Nagy, the scriptwriter, which starred Annette Bening and Ben Kingsley, which was nominated for Emmys, Golden Globes, Producer’s Guild Awards etc.

Phyllis mentioned it to me at the time, but I wasn’t familiar with the book. I knew Patricia Highsmith’s Ripley series incredibly well and I was a huge fan, so then I read the book and thought it was terrific. She’d written a version of the screenplay at that point. The rights were not free – the underlying rights to the novel were held by another producer, so really for me it was a ten-year wait before those rights became free I went to see publisher in Zurich and I finally managed to get them, but even then, there was a real battle.

I then went back to Phyllis and we developed a screenplay from there. We’d only had the rights at my company, Number 9, for two and a half years before we were filming. The period we were developing the project was very intense. We had a director on board, we lost a director, we had another director – that didn’t work. We got Todd Haynes on board and then it really came together. Fortunately we had Cate Blanchett from the start, who was tirelessly supportive of the project.

There were many challenges in that film because of the subject matter and the value that the marketplace puts on a project of this nature. It was certainly challenging to make the kind of film we’ve made, which I think is really an extraordinary piece of cinema. As a director, Todd Haynes is one of the most important contemporary American filmmakers. He’s changed the language of cinema in so many ways. Carol is a part of that canon, so we’re very proud of it.

We’ve got nine BAFTA nominations and then we have six Oscar nominations, and six Independent Spirit nominations. It’s incredible to be recognised.

Your film Made in Dagenham is much loved, to the point that it was made into a West End musical. Please can you tell us why the story of the Dagenham Women resonated with you?

It’s wasn’t a well-known story, and it was my partner, Stephen Woolley who heard it on Radio 4 as part of a programme that brought the women together for reunion. Who knew that this group of working class women from Dagenham were so seminal and instrumental in the creation of the Equal Pay Act in the UK that resonated around the world?

What really struck as about these women’s voices was just the resilience and the practical intelligence, as well as the determination. They were so full of humour, despite all the hardships they faced – they always saw something in life to cherish and to be grateful for. So we thought, “What a fantastic story to tell.” It’s such an achievement what they did and we felt it was important to bring that history into a public space and to make people more aware of it. We wanted to make a film that educated as well as being politically informative.

The issue of equal pay for women looks set to hit the headlines again with new legislation due this year to force larger employers to report on gender pay gaps. Made in Dagenham was set in 1968. Why do you think it is that the pace of progress in this area is so slow?

It’s very, very difficult. Women are underrepresented across the board in every discipline or strata of society, whether it be politics, science, the arts, apart from areas like the caring professions, for example. It’s a struggle. Things are clearly much better than there were in 1968, but we still don’t have equal representation. You see it in film all the time, both in front of and behind the camera, but also in the stories that are told.

We are incredibly grateful for what we have with the Oscar nominations for Carol, but when it came to not getting the Best Picture Nomination, despite having six other nominations – I think it’s the first time since 2009 when they expanded the Best Picture category that this has happened – we were obviously disappointed to have missed out.

The thing about Carol is that it’s a story adapted from a novel by a woman (Patricia Highsmith), adapted by a woman (Phyllis Nagy). It’s a truly female-centric story. It’s two women who make decisions about their lives and their futures which are entirely outside the social norms of the time in a patriarchal society. It sounds very grandiose, but in simple terms, they reject roles of ‘wife’, ‘mother’, ‘girlfriend’, ‘rape victim’, ‘captive’. We see those stories over and over and over again – woman as victim, woman as girlfriend, woman as wife, woman as mother.

Carol is a story where they make choices. That’s what’s so intensely radical about it, and probably so very alien to many people. It goes against the grain and the norms of storytelling and everyday life. But why shouldn’t we tell those stories? We see films all the time where you have one female character, two female characters, and usually they’re second stringers.

When people say: “This is a female-centric story,” typically everything they do is prescribed by the roles that the men play and the way that their identity is determined by that structure.

That is the issue. You’re dealing with a system that has been around since time began, and it takes a lot to change it.

There is a common thread of narratives about strong female characters running through your work. Has it got any easier to gather the support required to get these films made?

It’s interesting. Todd Haynes made the point that, in a sense, saying “a strong female character” is so insulting. Why do we have to be strong? Why can’t we just be? We can be strong. We can be weak. We can be funny. We can be serious. We should be whatever we want to be.

Young women need to have role models and to be able to follow in their wake – shoulders that they can stand on. Everyone has a responsibility about equality of representation.

Has the industry become more open to women during your career and what is the best advice you received as a woman working in film?

As in any career, you just have to keep at it. As my brother once said to be, “A lot of it is just about getting up in the morning.” As simple as that may sound, you just have to get on and you need to take failure as a catalyst to spur you on.

We’re in a business where no-one does know anything. There’s so many examples. Slumdog Millionaire is a film that was turned down by Warner Brothers, even after they’d seen it. But then eight Oscars later they were certainly feeling a bit bruised about their opinion. So if you have an idea you think is going to work you just have to stick at it. Work hard.

Stick with your team. Find a team of creatives and a team of financiers and stick with them. Film is a collaborative medium and the importance of collaboration cannot be emphasised enough.

Watch as many films as you can – it’s really important to know the history of cinema and contemporary cinema.

And finally, don’t let anyone push you around..!

What projects do you have coming up?

We’re doing a film about Colette, the 19th century French writer, and Keira Knightly is playing her. It’s being directed by Wash Westmoreland, who did Still Alice, who’s also done the screenplay. We start shooting in May / June.