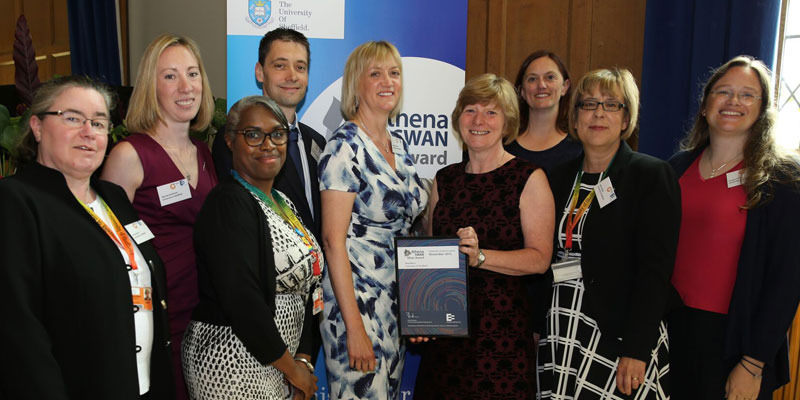 Julie Campbell is the HR Manager for Equality, Diversity and Inclusion at the University of Sheffield, where she has worked since 2001. Alongside her team, she aims to create a corporate culture within the university that is inclusive at all levels, which is embedded in every system and process.

On 30th June 2016 the University of Sheffield hosted a national Athena SWAN awards ceremony event to celebrate commitment to gender equality. They had been asked to host in recognition of their Athena SWAN achievements.

I am the HR Manager for Equality, Diversity and Inclusion at the University of Sheffield. My job involves working with, and engaging with, people from across the university to help create a fully inclusive university culture. Currently, we’re working directly with heads of academic and professional services departments to actively build diverse teams of people.

Athena SWAN is just one part of my role. I work with our senior management team and the Gender Equality Committee to drive forward innovative change and actions focussing on gender equality. My team also works with colleagues across HR, and within academic departments, to support their own gender equality work at a departmental level.

Background to the Athena SWAN charter 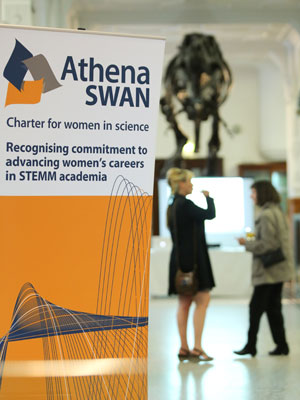 The Athena SWAN Charter evolved from work between the Athena Project and the Scientific Women’s Academic Network (SWAN) to advance the representation of academic women in science, technology, engineering, medicine and mathematics (STEMM) employed in higher education and research. This was due to the chronic under-representation of women within these fields. The Charter was officially launched at the Institute of Physics on 22nd June 2005, with the first awards conferred in 2006.

In May 2015 the scope of the Charter was expanded to cover gender equality in arts, humanities, social sciences, business and law disciplines. It no longer focusses only on academic staff, now taking into account staff in professional and support roles working within academic departments and across the university. The charter now recognises work undertaken to address gender equality more broadly (including intersectionality for trans staff and students), and not just barriers to progression that affect women.

Athena SWAN in and of itself does not solve everything, but rather is a vehicle for us to focus on any deficits in teams (in terms of gender) and take action to address them. In this way, it has been a major driver of change and action to influence the workplace culture in a positive way, which has benefits for everyone.

We have had a focus on gender equality for a number of years at the University of Sheffield, recognising that we need talent from all identities and backgrounds. We used Athena SWAN to help us understand the real story of what was happening in different parts of the university.

We took a strategic decision to support all departments in our Science, Engineering and Medical departments to help them to initiate a range of support and activities to address key points in the career pipeline (for example, the move from lecturer to senior lecturer) and to shift the overall culture. We also put in place an institutional framework of support through our Gender Equality Committee and through University wide activity such as mentoring, maternity support, a women’s network and some women only training.

We’ve also focussed on bringing more gender balance to our leadership and committee roles, and have seen a marked increase in female representation on key committees and in our senior leadership team. For example, one third of the University Council are female, the highest proportion in eight years; we recently appointed our first female Chancellor, the Rt Hon Lady Justice Rafferty; and our first female Deputy Vice-Chancellor, Professor Shearer West.

Our university is marked by the contribution of thousands of remarkable women- some of them are familiar, such as the aviator Amy Johnson, and the first British astronaut Helen Sharman. All of them are women whose work and lives help to create our remarkable university and make a difference to the world. Our silver Athena SWAN award is testimony to our success so far, but there is still much to do. 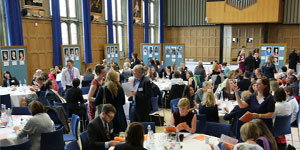 We were asked by the Equality Challenge Unit to host the National Athena SWAN awards ceremony in recognition of our Athena SWAN achievements. Our Deputy Vice-Chancellor Professor Shearer West, delivered the opening address at the ceremony, welcoming our own Athena SWAN winners and members of other universities.

Our institutional award also recognised our award-winning departments, and we now have six departments which hold an individual silver award, along with fourteen bronze level awards. Athena SWAN silver awards can only be achieved by demonstrating significant cultural change and marked improvement in female representation and progression.

Why diversity of thought is vital in academia

Research tells us that diverse teams perform better – it is the combination of difference within teams that unlocks talents and supports excellence. And we need these different approaches and viewpoints to bring rigour to our academic explorations, and to be able to translate and apply our research to help individuals and communities across the world.

Our goal is to build diverse teams to help us to achieve that diversity of thought that will in turn help drive innovation in science, technology and medicine; help us to understand our society through the ages and what we can be in the future; and help us to address the key issues being faced by the world.

This demands world class research, and we need to work with people from across the world in order to achieve this. And now more than ever we need to ensure that we keep people in the UK who can help us, and who will work with us, on finding answers to these big questions.

Implications for UK universities of the Brexit vote

Our Vice-Chancellor, Professor Sir Keith Burnett, has written the following on the implications for UK universities of leaving the EU:

Coming up next for our work on equality, diversity and inclusion 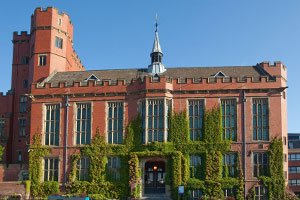 We will continue to support our departments in their individual endeavors, and work with them to actively share the good practice that is emerging from their work. Additionally, we will be working with departments in Arts and Humanities and Social Sciences, which can apply under the expanded charter.

We will also be driving forward the University Action Plan, with targeted actions on culture change, building capability amongst staff, and continuing to engage people in helping us transform the university to be a remarkable place to work. Additionally, we will have a focus on emerging themes such as intersectionality, and support for trans staff and students.

It will be absolutely key going forward that we continue to have a focus on gender equality, and that this work integrates with the innovative Diversity by Design work we’re doing to build diverse teams. This will further allow us to exploit the dividend of diversity that enables high performance and maintains the diversity of thought, which will ultimately lead to better, more innovative and more creative solutions.