You are currently reading Issue 134: Women in Transport and Automotive, December 2021
Skip to content 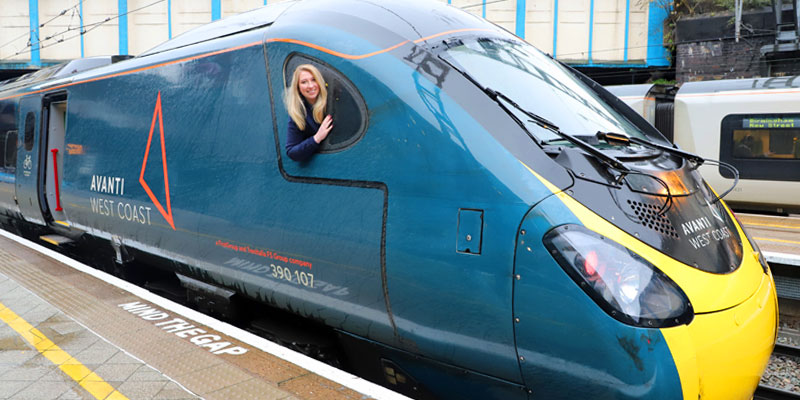 Alice Catchpowle is a train driver at Avanti West Coast. She began studying for a politics degree at the University of Nottingham before applying for a Driver Apprenticeship scheme and changing her career plans. Her core route is currently from the Midlands to London Euston but she is set to take on more routes soon.

“Driving trains is a big responsibility and I can’t help but smile when I get out of the cab, and look down the platform to see all the passengers heading off, knowing that I’ve helped to get them where they need to be safely.”

Getting into the rail industry

I was in the second year of a politics degree at the University of Nottingham when I applied for a Driver Apprenticeship scheme. Prior to that, I’d done my A-levels at an all-girls school, always preferring the sciences.

Some say it was a brave thing to do, but at the time of applying I wasn’t really sure of where I was heading career-wise. It was my parents who encouraged me to apply. They both work for the railway and are incredibly proud of that. That speaks volumes, and the more I thought about it, the more I thought: “Why not?”.

I then got a job as a train driver for Avanti West Coast. It’s important to note that Avanti West Coast doesn’t place too much emphasis on qualifications. Its more about the person. So, people shouldn’t be put off from applying. That said, there is a lengthy assessment process, all designed to test things like concentration, reaction, and memory.

I’m based in Wolverhampton and my core route is from there down to London Euston. So, my role is to drive trains on that route. At the same time, I’m also learning the route from Wolverhampton to Crewe, and then onto Preston. After that, I will complete my route knowledge with the stretch of the West Coast Main Line from Preston to Rugby.

Most of my time is currently focused on ‘route learning’, which is all about getting a thorough knowledge of track, junctions, signals, stations so I’m fully prepared for when I get fully passed out. You need to know your routes like the back of your hand.

Like most people, COVID-19 had a big impact. I literally had just finished my training and been given my licence to drive when the pandemic hit. With social distancing rules preventing having more than one person in the driving cab, my route learning/continued development was put on hold, as a big part of the learning curve is spending time in the cab with a fellow driver/mentor.

Thankfully, I was able to restart my training in June and drove the first train on my own a few months later.

Trusting in my own ability

I was so nervous when I operated a high-speed train on my own for the first time. But that’s only natural. It was made worse by the fact it was an afternoon shift, so I had all day to think about it. However, the training is there for a reason, and it fully prepares you for the task in hand. So, I just had to remind myself to have confidence in my own ability. 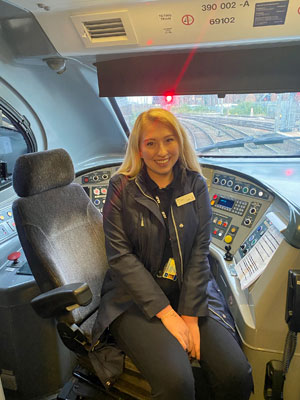 Of course, I was incredibly proud too. I put something out on social media and was overwhelmed by the reaction. There wasn’t a single negative response and still to this day I’m getting messages from those who are interested in becoming a driver, and encouragingly a lot of women.

Inclusion in the workplace

It’s great to know that the company and my manager have total faith in me. Driving trains is a big responsibility and I can’t help but smile when I get out of the cab, and look down the platform to see all the passengers heading off, knowing that I’ve helped to get them where they need to be safely.

Avanti West Coast is clear that it wants its people to represent the communities it serves. They want it to be a great place to work and acknowledge that there’s still more work to do.

Initiatives like the Live Proud campaign, which included the launch of a rainbow liveried Pendolino train, have been developed in conjunction with our LGBTQ+ Network and Inclusion Council with the objective of achieving inclusivity within the company. The scheme was recently shortlisted by the prestigious British LGBT Awards.

Like many other train operators, we face a potential skills shortage with a large number of our drivers expected to retire in the coming few years. The industry needs to identify and develop the train drivers of the future, and a recruitment campaign is planned for the New Year and will encourage more women to seriously consider train driving as a realistic and achievable career to pursue. 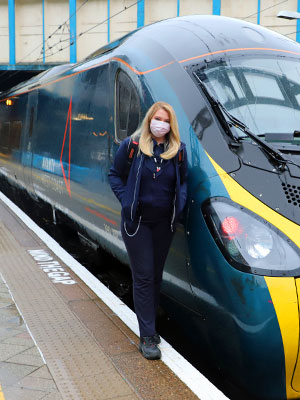 To all women considering this career, I would say: “Go for it”. Have faith in yourself and don’t be afraid to pursue your dreams. At the same time don’t feel the need to change. Be yourself and have confidence in your own ability.

Into 2022, first and foremost I’m looking forward to signing off on all my routes. In 2023, we’re due to introduce a new fleet of trains. So, I’m also excited about learning to drive those. 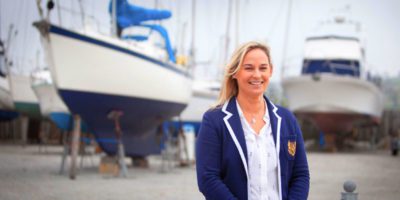 Why we need more inclusive language in the maritime sector 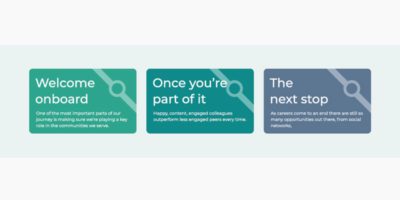