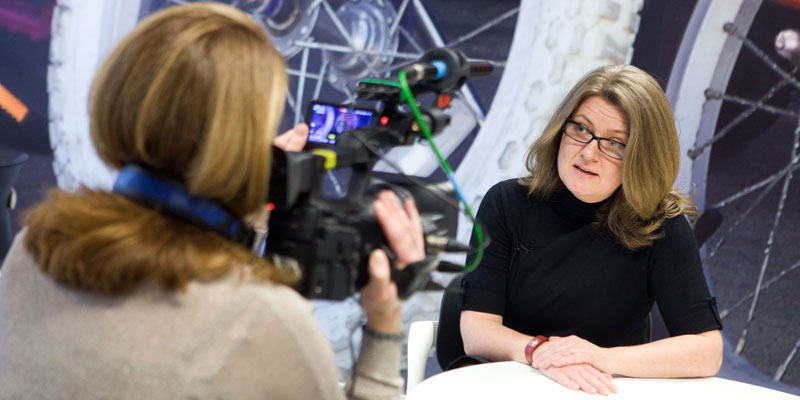 Amanda Rice is the Head of Diversity at the BBC. Prior to this she was Diversity Centre of Expertise Leader at the BBC and Head of Equality at the London Borough of Hackney. She studied at Kings College, University of London.

The BBC’s Annual Report published on 21 July outlines the progress made on their continuing focus on developing female talent on and off air. It also looks ahead to the coming year and the plans to further improve gender diversity at the BBC. The BBC has also published its third Equality Information Report which provides more detailed analysis of achievements and objectives in this area.

We agree that there should be better gender balance across the media and we are pushing to achieve this where we can and we are making real headway. The proportion of women in leadership roles is 40.9% and flagship BBC services — including Radio 4,  BBC One and BBC Two — are in the hands of exceptional women controllers.

The Expert Women campaign, in conjunction with the BBC Academy, recruited and trained 268 women in 2012/13 to appear as contributors on screen and on air. So far, 70 have graduates have made more than 250 appearances on TV and radio. The English Regions and the BBC Academy have hosted events for aspiring women radio presenters and we continue to work in partnership with and support Sound Women to help retain and develop career progression for women in radio.

In July 2013, when we started our work in Local Radio to increase the number of female presenters on Breakfast Shows, we had eight shows with a female presence. We now have 16. As a ratio that has increased from 20% in July 2013 to 39% in July 2014 and we will be announcing more new appointments in the coming weeks.

Providing targeted leadership development opportunities for female staff is a key priority for the BBC in the coming year.