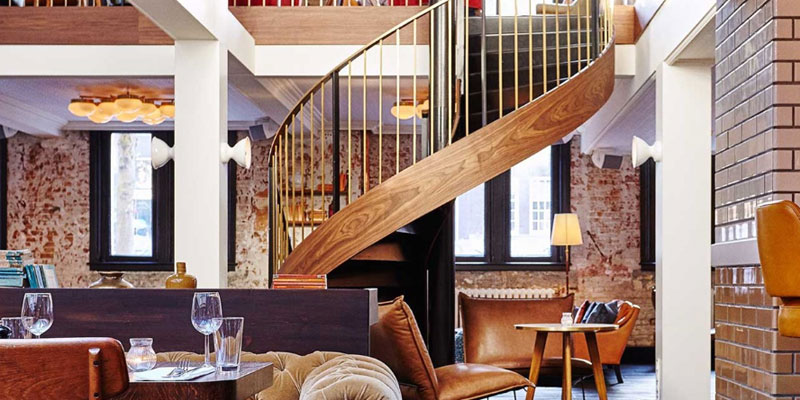 Amber Selby Brown is an events and PR planner at The Hoxton in Amsterdam. Originally from Jacksonville in Florida, Amber graduated from New York University in 2015, having worked in New York, Berlin and most recently, Amsterdam. The latest Hoxton opened in Amsterdam at the start of July and it follows hotels in Shoreditch and Holborn in London.

“…you probably should know how to interact with different people: I’m a girl from Florida working for a UK team in the Netherlands – be yourself but know how to adjust…”

Amber, we were researching you on LinkedIn and your CV sounds extremely glamorous. Please can you tell us about your career journey that has taken you from Florida to New York to Berlin and now Amsterdam?

My initial move to Amsterdam was all about luck: my father works for a logistics company and, with the Netherlands being such a big port country, the head office was here. We moved over when I was 11 for what was originally going to be two years, but then it got extended, and extended again, and here I am now, a permanent Dutch resident.

New York was all about doing what nine year old Amber wanted: when I was that age, a friend of mine and I decided we would go to New York and work for the Times. I didn’t work for the Times, but I was dead set on going to NYC. So I got into NYU [New York University] and hopped on over – 17, never been there before (not even for a visit), and there I was.

Berlin was actually never part of the plan, but ended up being the best part of university for me. I studied Global Liberal Studies, which is a small, very new programme at NYU (I was in I believe the 3rd/4th graduating class) that’s all about kind of being able to jump in anywhere and everywhere in the world and work it. As part of the programme everyone had to spend the 3rd year abroad.

Originally I was going to go to Tel Aviv, but switched to Berlin last minute because of issues surrounding the campus there. I learned German as quickly as I could (Dutch was a big help there), bought a huge jacket, and jumped on in to the Berlin experience. The next year, I graduated from uni and was able to move back to Amsterdam for good after securing an amazing opportunity with The Hoxton and I am loving it.

You’d worked as an intern in the arts sector. How valuable was this experience in kick-starting your career and building your contacts?

Working in the arts sector was an incredibly valuable experience, for multiple reasons. I actually had no interest in PR prior to my time working at BUREAU N in Berlin. I wanted to be a journalist, but once I started getting into the arts scene there, I met an arts journalist who said she thought I’d be good at PR, and she hooked me up with the company. The director there took a leap of faith on me, and kept working with me for a year, which helped build both my skills and my resume, and started me on the path that inevitably got me to The Hoxton.

What’s it like to work for The Hoxton and can you describe its brand and ethos for those who haven’t already visited?

Am I allowed to say it’s fantastic? Working at The Hoxton is really like being part of this big crazy fun family that happens to be how you make your living.

Putting aside all of the people who work there, the brand itself is unique and incredibly fun. I’m sure you’ve heard the spiel: Love thy neighbour is our guiding star, Don’t piss people off our DNA, with a ton of incredibly relevant values to fill in the spaces in between (which should pretty much all also be life values, not just brand values). The hotel, the design, the events, the social media tactics, everything is hyper-localised, so I think I actually feel more like part of the city working here than I did growing up here.

How would you describe the culture in Amsterdam and how is this reflected in the events you run?

It’s a difficult thing to do, describing the culture in Amsterdam. For one teeny tiny city the size of, I don’t know, one area in London, you’d think there would be one overall culture, right? But there are still tons of different scenes, different crowds, and they’re evolving everyday.

Amsterdam today is not the Amsterdam I met ten years ago and it’s not the Amsterdam it will be in a year. Our events are designed to work with that: the range of events we hold and crowds they attract or interest are so varied. During the launch week, when we had 16 events, there was some overlap, but in general, each event brought in a whole different group of people, whether that was families with young kids, artists, professionals, entrepreneurs, fashion folk, or business(wo)men, etc.

You also coordinate the hotel’s social media. What are the new trends you’re seeing coming through and how are they changing your approach?

The Netherlands operates in a different way from the UK (and USA) in terms of social media – for example, Twitter is not really a thing here while Facebook (past its prime in many places) is still going strong and Instagram is insane – the level of pictures is the best I’ve seen. So actually, running the social media here is more about stepping back from the new trends that I know as an American and adjusting the strategy for the Dutch audience.

Who are your female career role models and why?

Besides my colleagues Jules and Hannah..?! I’d never really thought about this, but my female career role model would be Silke Neumann, the co-director of BUREAU N (that company that gave me my big shot!) Not only is she super talented at what she does, she began in a very corporate environment, left that to start her own company and eight years later is one of the best known women in the Berlin arts scene. Beyond that, she’s super friendly, really creative, and just knows who to work with, what to do, and doesn’t really ever compromise those values.

In reality, The Hoxton and BUREAU N aren’t all that different in terms of values – so I guess the progression was pretty natural.

What advice would you give women who are looking at getting into travel PR? 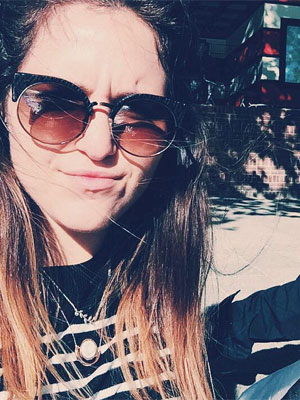 I guess for women looking into travel PR, the only advice I would have is find your people. I wasn’t looking into travel PR when I got this job, but I think if you find a brand and a group of people that you love, that makes work not feel like work, everything will fall into place. Also, you probably should know how to interact with different people: I’m a girl from Florida working for a UK team in the Netherlands – be yourself but know how to adjust.

What is next for you and The Hoxton in Amsterdam?

The Hoxton, Amsterdam is going to continue evolving and hopefully, myself with it. In the coming months we have events with partners developed during the launch week as well as a whole new group of individuals, companies, galleries (keep an eye on Hoxtown.com for that) and our brand will continue to establish itself in Amsterdam as hopefully a place for people to come hang, talk, not talk, eat, not eat, sleep, not sleep: whatever they’re looking for, hopefully they can do it here.