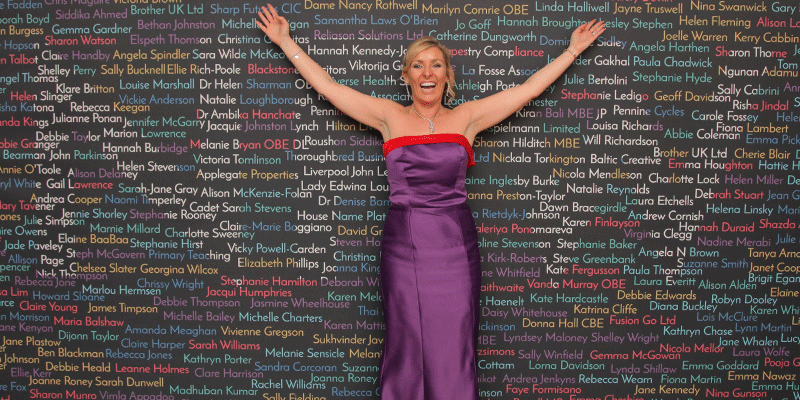 “…Your story and your success can inspire and motivate future generations and also other people like returners. I feel that role models have a real responsibility to share their stories and we all need to embrace this…” 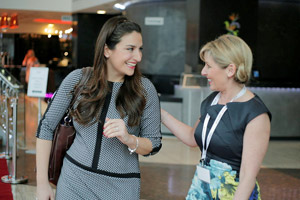 Northern Power Women is a campaign to accelerate gender equality across the North of England. It started 18 months ago with the launch of a conference. It was election year and I wanted to develop a completely cross party agenda and create a call to action about how we could advance gender diversity from the North. After the success of the conference I decided to develop a campaign.

We were invited to become a Northern Powerhouse Partner at the beginning of this summer. The Northern Powerhouse is a Government proposal to boost economic growth in the North of England, with a particular emphasis on the “Core Cities” of Manchester, Liverpool, Leeds, Sheffield and Newcastle. I was approached to see if I would like to be part of it and I jumped at the chance. I saw an opportunity, not only for businesses to collaborate, but also for women to drive and take ownership of this agenda.

Northern Power Women is a proactive campaign that has grown from a standing start and the people behind the Northern Powerhouse liked the way we set it up with an inclusive approach that recognises all our Northern talent. It’s great for us because more male leaders and agents of change have taken an active interest in what we’ve been doing through Northern Power Women. I was invited to speak at an event for the Cabinet Office back in June alongside companies like Manchester Airport Group, Peel Holdings, PwC and Atkins.

I’m currently working on our second awards. There’s nine categories. Four of the awards – Person with Purpose, Mentor of the Year, Agent of Change and Transformational Leader – are open to men too, with a view to being as inclusive as possible. Other categories are One to Watch, Outstanding Entrepreneur, and then Small, Medium and Large Business Awards. Nominations for these are open until 23rd December.

Following on from this we’ll also be supplementing our Power List and Future List with new entries. Nominations for those lists are open until 15th January. They are about those amazing influencers, change makers and future leaders who are really shaping equality from the North of England.

The Northern Power Women Awards are all about role models. We had 680 nominations in the first year and for me it was about how to share as many of those stories as possible. It’s as the quote says, “You cannot be what you cannot see.” 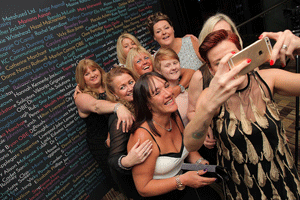 As I was emailing one of the nominees last year she asked if there was anywhere she could see the full list of other nominees. This gave me the idea of displaying every single nominee’s name on a big word cloud, which I put on the inside cover of the brochure and I also had blown up and made into an enormous banner where everyone could stand and have their photo taken at the awards event. It was incredibly powerful for the 440 people who attended the event to be able to see their names alongside all the others.

Northern Power Women are multi-dimensional – there’s no one ‘type’ of role model. The nominations that come through and the partners we work with help me to shape the event. The nominees are what bring the award event to life, but I will have other things up my sleeve… Last year we had a rock choir as a flash mob, so you have to expect the unexpected!

Obviously not everyone can win an award, but I’m passionate about showcasing the breadth and the depth of the role models we have across the North of England and working in northern businesses. It’s about finding new ways to stay engaged with the incredible Northern Power Women community. You might not end up winning. You might not be shortlisted, but your story is still vital.

We believe that everybody is a role model to somebody and it’s vital to be visible. It’s not just about collecting another award. It’s also about being proud of our achievements and encouraging everyone to celebrate success. Your story and your success can inspire and motivate future generations and also other people like returners. I feel that role models have a real responsibility to share their stories and we all need to embrace this.

Not everyone will have a corporate team behind them to help tell their story but my tips are to be honest and authentic. Don’t be afraid to put down not only the story but the impact it’s had. Just be yourself, because it’s other people who will be reading. You don’t have to be a super-articulate scholar of English, you just have to be yourself and be passionate about what you write.

Put down some real examples of how you operate on a day to day basis as bullet points. You can also evidence the impact you’ve had by including screenshots from your social media feeds. It’s doesn’t have to be some sort of big sales big pitch – it just has to be you.

The nomination process is very robust. Last year there were 27 judges and there were multiple layers of being nominated – we had a long list, a medium list and a short list! The nominees on the shortlist would then have more questions. There were even video interviews as part of the final selection. It was purposefully very robust. This has to be a true representation of the amazing Northern Power Women and men out there.

Two of our Northern Power Women Future list entrants from 2016 run an organisation called World Merit, a global platform for youth change makers. In the summer they organised a camp just outside New York which saw 356 global change makers from 86 different countries working towards achieving the United Nations sustainable development goals, whether that was about food poverty, sustainability or gender equality.

At the gathering we were part of a real community of like-minded individuals. After two weeks at the camp we went to the UN in New York to work towards one of the sustainable development goals. It was an incredible experience that I will never forget.

Next for Northern Power Women

We’ve been doing some qualitative research this year and we’ve been doing a pilot with Brother in the UK around the data metrics. We’re also working in partnership with Manchester Metropolitan University Business School with Vanda Murray OBE, a member of our Power List and a supporter, on a wider piece of research focusing on gender equality in the North. It’s also going to be collaborative with other business schools and it will kick off in 2017. We’re taking the qualitative research wider than ever before so we’re looking for people to get involved in that.

In January we start piloting a reverse mentoring programme because we’ve got a stellar cast of future talent, we want to embrace their skills, knowledge and achievements by having them mentor some of our senior partners across the sectors. We’ve got a number of large organisations including the BBC who are going to be piloting that with us and we’re very excited about it as a way of enabling and mobilising our talent. Roll on 2017. We are ready for you! 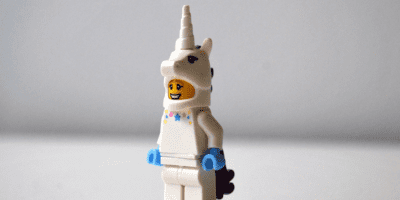 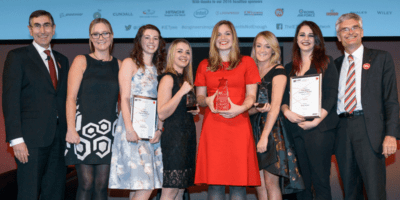 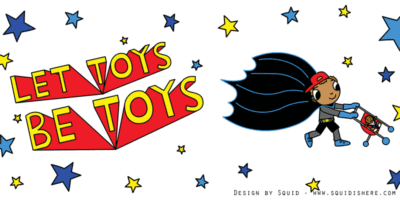 If I Were a Toy: Disrupting gender stereotyping by initiating new conversations and refusing to limit children’s choices – Tessa Trabue, Let Toys Be Toys Campaigner – Womanthology