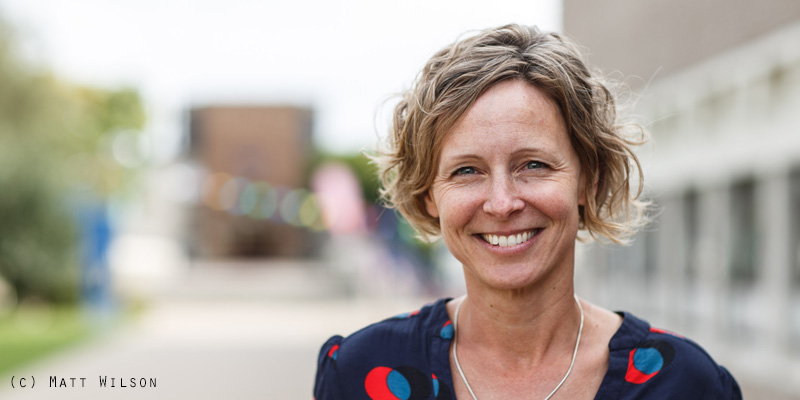 Tracy Kivell is a professor of biological anthropology at the University of Kent. She is a palaeoanthropologist who studies the evolution of the primate hand, including the locomotor and manipulative abilities of our fossil human ancestors.

Tracy is a co-organiser of the first Soapbox Science event in Canterbury, which takes place on 23rd June 2018 between 1pm and 4pm at Westgate Gardens.

From fine art to fossils

Although biology, biomechanics and statistics play a key role in my job now, I was not that interested in (nor very good at) the natural sciences or maths in school and I actually started off university doing a degree in fine arts. However, I have always been fascinated with rocks, fossils and things that are old.

In an introduction to anthropology module I was introduced to fossil human casts and human evolution for the first time and I was hooked! After taking time off to travel, I came back to university to complete a B.Sc. in Biological Anthropology, and then continued with a master’s degree and a doctor of philosophy at the University of Toronto.

History in our hands

I focused on the evolution of the primate wrist and hand because, for me, it was the best part of the skeleton to answer questions about how our ancestors interacted with their environment. During my Ph.D., I did human gross anatomy with the medical students. I loved it and it was my stepping stone to gaining my first post-doctoral position at Duke University.

I taught human anatomy at Duke for two years, and I used my postdoctoral research to learn about the biomechanics of primate locomotion from a wonderful, supportive mentor. Following this, I joined the Max Planck Institute of Evolutionary Anthropology in Leipzig, Germany as a postdoctoral researcher for nearly four years. I used this time to learn new methods for exploring internal bone morphology and travelled around Europe and Africa studying fossils.

I was particularly lucky when a colleague who worked at a fossil site in South Africa asked if I wanted to work on some hand bones they had recently found. This lead to the discovery of not one, but two of the most complete hand skeletons ever found from two new species of fossil humans. A dream come true for a palaeoanthropologist!

When my partner took a permanent position in the UK, I tried to create a position for myself by applying for a European Research Council Starting Grant. After submitting the grant, I got a fixed-term appointment at the University of Kent, and then I found out my ERC grant was successful.

I turned my fixed-term appointment into a permanent one and I have been at Kent ever since. I was promoted to professor last year, along with my Soapbox Science co-organiser, Zoe Davies, although we are (sadly) the first internally-promoted female professors in the history of our school. Zoe and I are extremely grateful that we have two of our postdoctoral researchers helping us to organise the first Soapbox Science event in Canturbury – Dr. Ameline Bardo and Dr. Gail Austen.

Role of a palaeoanthropologist

Right now, my day to day life revolves around leading the research of my European Research Council grant, which is in its final year. I am extremely fortunate in working with a research team of tremendously talented, clever and kind colleagues, post-docs and Ph.D. students with whom I thoroughly enjoy working.

The irony of being a principal investigator (the holder of an independent grant administered by a university and the lead researcher for the grant project) on a large research grant is that I actually do not do much ‘research’ any more. My day to day life is more about facilitating the research of others (organising meetings or collaborations, buying equipment, editing manuscripts), which I am happy to do and this can be even more rewarding in some ways.

When I do get time though, one of my favourite places to be is a museum looking at comparative primate skeletal collections – each box is new mystery! I love describing and analysing fossils, as well as trying to figure out what their shape and size might tell us about how they moved in or interacted with their environment. It is a privilege to know that I am often one of the first people to look at and hold a remnant of a human ancestor that has been in the ground for two or three million years.

From terror to excitement: Why it’s so important to step up and communicate science to the public

I was a speaker at the Soapbox Science event in London in 2017. Despite years of experience lecturing to students, I was terrified! But that terror changed to excitement the minute I stepped on the soapbox and the hour flew by. I particularly enjoyed talking with the children that came to listen – they are genuine and always ask the most interesting questions.

I think any public engagement activities are important and scientists need to do a better job of communicating their (often publicly-funded) research in ways that a non-expert can understand. The aim of Soapbox Science is to reach people who might not normally seek out a ‘science event’ is particularly important in showing the world that scientists are just normal, curious men and women who happen to know quite a bit about a particular topic.

I also think Soapbox is especially important because I have four-and-a-half-year-old daughter who told me a couple months ago that “Girls can’t be doctors. Only boys can be doctors. Girls are nurses.” Despite both her parents being scientists and her getting quite a bit of science at home (whether she likes it or not!), she has already picked up on these societal stereotypes that limit what she thinks she can do or is capable of doing. This has to change, both for her and my two-and-a-half-year-old son (who may want to be a nurse one day).

My advice for girls and women who are interested in careers in science is: Go for it! You can do anything you want to do! Science is just as much for girls as it is for boys, and science only benefits from a greater diversity of perspectives.

There has never been a Soapbox Science event in Kent. After doing Soapbox Science last year and knowing how many great female scientists there are in and around Canterbury, we thought it was time to organise an event ourselves.

The first Soapbox Science Canterbury event will be in Westgate Gardens on Saturday 23rd June from 1pm to 4pm. We have 12 amazing female speakers talking about our brains and teeth, bacteria and chimpanzees, breathing and fascia, planets and plants! Please come to Westgate Gardens with your family and friends, see them speak, ask questions and learn something new! We plan to do one every year, so this is hopefully the first of many Soapbox events in Canterbury.

The recent increased awareness of the ‘leaky pipeline’ and gender pay gap in academia is an important first step, but we still have a long way to go. There are numerous factors why there is such a low proportion of women at senior levels of academia, many of which Soapbox Science is helping to change (e.g. stereotypes of what a scientist is – implicit bias).

Others include a social and academic system that is insufficient for supporting and recognising the challenges of balancing family and work. All too often there can be an academic culture of harassment that discourages women from continuing or consumes their time and emotional energy.

Changing the culture of academia takes time and requires the effort of all genders – this is not a ‘woman’s problem’ to be solved solely by women. Men also need to engage in this process, to call out behaviours that discourage or prevent women from progressing, to share more equally in caring responsibilities, and to offer transparency in pay.

My school just submitted our first Athena SWAN Bronze award application and as a member of the team putting this application together, it is not a small task! But it’s an important task. Athena SWAN forces a school, department, or university to evaluate and reflect on their student and work culture and to find ways to improve it.

It is this awareness that is the important first step. However, implementing the action plan is the hard part and its only then that we will start to see change.

To better support gender balance in academia, I think there need to be better systems in place for dealing with inappropriate behaviour, and in particular gender discrimination and sexual misconduct. These behaviours are prehistoric, totally unacceptable and they need to be resigned to history. This is a particular bugbear of mine because they have such negative effects on women in particular, forcing them to make career choices based on factors other than their science, and often forcing them out of academia completely.

My focus of my next two years is to finish publishing the results of my current European Research Council grant and to apply for another one! I can’t wait for the first Soapbox Science in Canterbury. As I mentioned earlier, I’m hoping it will be the first of many. 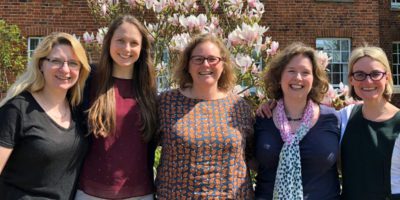 Explaining to the public why the planet needs ALL of us to care for it: Reaching new and diverse audiences by bringing science to the people – Dr. Julia Cooke, Lecturer in Ecology at The Open University 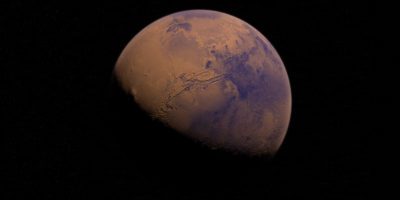 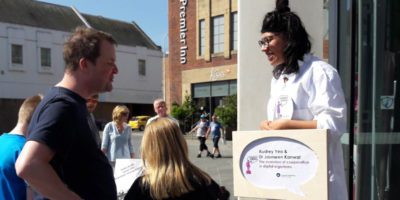