You are currently reading Issue 136: Women in Science, February 2022
Skip to content 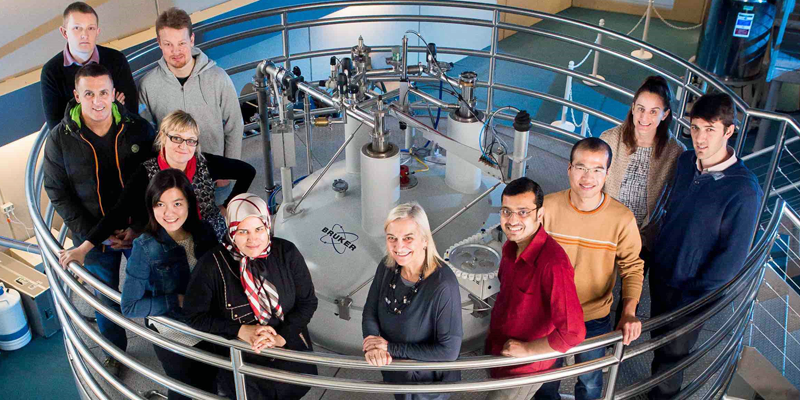 Professor Frances Separovic is a Distinguished Professor Emeritus at the University of Melbourne and was the first woman professor of chemistry in her state. Frances retired in 2019 but remains deputy director of the Bio21 Institute of the University of Melbourne. She is also the president of the Biophysical Society and will soon start her term as foreign secretary of the Australian Academy of Science.

“Not only does lack of diversity represent a loss of talent, but it also means we miss opportunities as people from different backgrounds tend to approach work and problem solving differently.”

After graduating from secondary school in a small town in central Australia, I dropped out of university after a few months and started working as a technical assistant in a government research laboratory.

It was not until after my son was born that I became motivated to take on further study, so I completed a biology technician’s certificate, then a Bachelor of Arts in maths and physics and went on to do a PhD in physics. I did all this while working full-time as a single mother and by that time my son had completed high school, so I took a leave of absence and did a post-doc at the National Institutes of Health in Bethesda, USA.

I came back to Australia, and after a year, started working as an associate professor at the University of Melbourne. In 2005, I became the first woman professor of chemistry in the state and, in 2012, the first woman chemist elected to the Australian Academy of Science. I have served as head of school and had several senior roles in professional societies.

I ‘retired’ in 2019 and I am currently deputy director of the Bio21 Institute, University of Melbourne, president of the Biophysical Society and I am about to start my term as foreign secretary of the Australian Academy of Science.

Work lately seems to be mainly answering emails and participating in virtual meetings. I don’t really have a typical day, but I started today with an online meeting of the finance committee of the Biophysical Society.

I then had breakfast and went to the Bio21 Institute and participated in an MSc seminar before having coffee with a colleague and discussing his job application. Next, I met with a lab manager to discuss operations, edited an early career researcher’s grant application, followed by a meeting with a collaborator to discuss revisions of our paper. I went on to check on a visiting research student, attended a virtual seminar on grant writing and finished the day with an online International Science Council meeting.

I am so glad that I retired and that I have more time for volunteer work now.

The impact of COVID on practical work

The major impact on my work has been on international travel. Although I do feel guilty about my carbon footprint, I love meeting new people and catching up with many colleagues in different places around the globe.

Lockdowns have also slowed down experimental work and data collection for several projects and collaborations, and we have been unable to host research visits. I’ve managed to make positive use of the time to finalise papers, but I anticipate that my future output will decline.

Diversity is important in most fields, especially science. Not only does lack of diversity represent a loss of talent, but it also means we miss opportunities as people from different backgrounds tend to approach work and problem solving differently. Scientists with different perspectives often ask different questions, which helps drive science forward.

Gender balance in the biophysical world

The Biophysical Society (BPS) has about 35% women members, which is twice that of the American Physical Society. For the first time in its 63-year history, all the BPS executive officers are women.

Not only is the BPS welcoming, but it also helps that it is multidisciplinary and many of us find our way into biophysics through physics, biology, chemistry, maths, and many engineering fields.

Diversity, equity and inclusion are among the core values of the BPS and they are an important reason why I joined BPS and remained a member since 1985.

Two important committees are the Professional Opportunities for Women (CPOW) and Committee for Inclusion and Diversity (CID). Not only CPOW and CID, but all committees endeavour to ensure that BPS programmes and events represent our membership in terms such as gender, geography, field of research, career stage, ethnicity and so on.

We also hold inclusion events at the annual meeting, e.g., this year we’re having the JUST-B (Justice for Underrepresented Scholars Training in Biophysics) Poster Session to celebrate the achievements of underrepresented and underserved students, postdocs and early career researchers in the field of biophysics.

International Day of Women and Girls in Science is on 11th February this year and I will be at the Lorne Proteins Conference to celebrate the career of my colleague, Professor Leann Tilley, who will give the Leach Lecture. Leann has been a champion of women in science and a great support throughout my career. I am sure that I will publicise the occasion not only on social media but also in person.

I am very much looking forward to the Biophysical Society meeting, BPS2022, in San Francisco. It will be two years since I travelled overseas, and it will be great to see so many friends in person.

When my term as BPS president comes to an end I will start a new challenge as foreign secretary of the Australian Academy of Science. 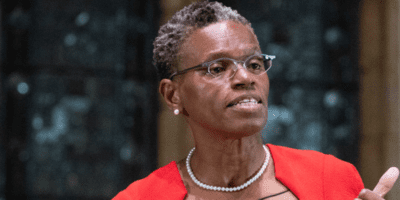 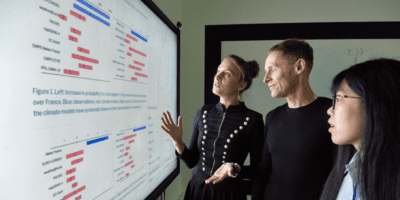 Inclusion in science is everyone’s responsibility: Things don’t change by just saying we need to change them

Dr Friederike Otto, Senior Lecturer in Climate Science at the Grantham Institute for Climate Change and the Environment 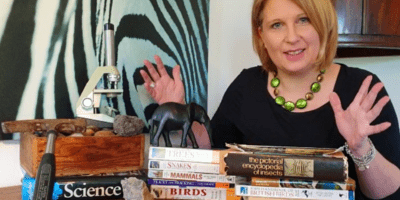 Science pulling out all the stops